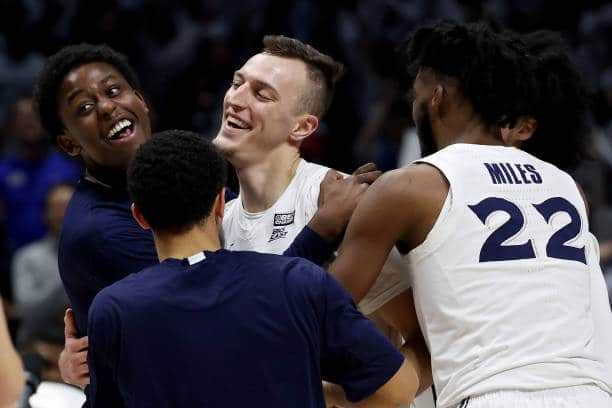 The Big East presents an exciting round-robin conference slate. Here’s how to make sure you plan your week accordingly.

No games. Rest up, because it’s about to get crazy.

It’s not a must-watch, but I would pay attention to the final five minutes or so. The Pirates are still searching for conference win numero uno and any game at Hinkle Fieldhouse is worth some of your time.

Take it slowly. This game is a bit more watchable, but the Friars could end up rolling away with it. If it’s a blowout at halftime, keep those notifications on. Shaka Smart’s club has come from behind in a pair of games this season. It’s not out of the question that they can do it for a third time at home against Providence.

Don’t lose sleep over not watching this one until well into the second half. Wednesday is a doubleheader, and you’re going to want to stay up for the second game.

Jay Wright and the Wildcats earned a massive win at the Prudential Center in Newark on Saturday. Now they return home against a Creighton team eager to sweep the season series with Villanova. The Bluejays won by 20 just a few games ago. Nova at home is going to want this one bad.

Unfortunately, no games. But if you listened and watched that entire Creighton – Villanova game, you’re fine with a day off.

This might surprise you, but I say watch the first half and see where it takes you. The Hoyas have yet to play a Big East game yet but did have a big win over former conference rival Syracuse. And if Marquette does upset Providence, it gives you more the reason to give the Golden Eagles a longer glance.

This is a must-watch. In my mind, it makes the most sense of a rivalry between two of the newer teams in the conference. Although now, it’s coming up on a decade since they joined, which I can hardly believe. It’s at Hinkle, which gives the Bulldogs a needed advantage up and the Musketeers are trying to put the nation on notice with an 11-2 start to the season. No need to change the channel.

You ready? Assuming the Hall wins at Butler, Kevin Willard has stated this is the game Tyrese Samuel and Ike Obiagu return to the lineup. It’s also been a long layoff for the Huskies with their own internal COVID problems, but Saturday seems like a safe bet for UConn to be ready to play. This is as good as it gets and might earn game of the week honors.

UConn and Seton Hall get to be on big FOX but the Johnnies and Friars hold down FS1 with no shame. When the Huskies and Pirates go to break, you better be ready to flip this game on in a jiffy. Heck, I’d even pull up both at the same time if you have the setup. Anytime it’s two original Big East rivals, it’s going to be a good one.

If you’re tired, I don’t blame you. This isn’t exactly the most appealing game. But it’s the last one on Saturday, so if you want to complete the Big East marathon, give it a watch. It’s in Chicago for what that’s worth.