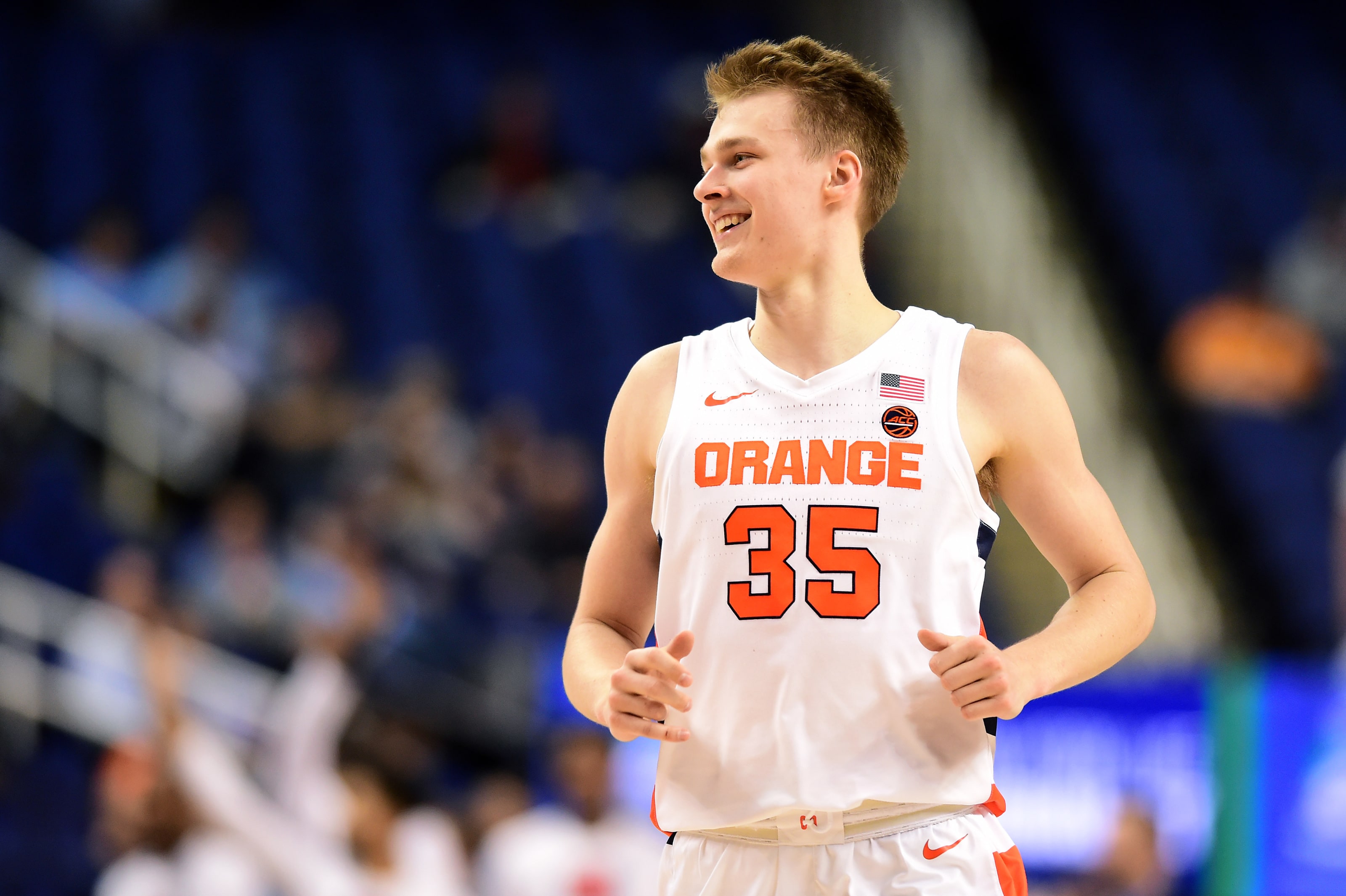 Syracuse basketball won a game for the ACC in the ACC/Big Ten Challenge, giving the Orange its best win of the season.

Syracuse basketball delivered a big win to the Dome crowd, topping the Hoosiers, 112-110 in double overtime. The stars for both sides were on full display. Trayce Jackson-Davis had a commanding 31 points and 16 rebounds, while Buddy Boeheim poured in 27 points along with 8 assists.

There’s not much else to say here. While Joe Girard III is a more than competent player, his point-guard duties have been questionable. The junior was lights out from three: 5-of-11, had 22 points, and sealed the game with two free throws.

But Girard struggled to man the offense, committing four first-half turnovers and only five assists in 44 minutes of play. However, he’s the best option Cuse has to run the one, so for the time being, he’ll have to be it.

Now, Girard does a lot for this Syracuse team and five turnovers in 44 minutes aren’t the end of the world. But with Symir Torrence learning how to play more minutes at Syracuse than he did at Marquette, SU could simply use more of a boost from JG3.

Takeaway #2: Trayce Jackson-Davis is the best center in college basketball

After a 43 point outburst against Marshall, TJD was back at it again, putting up 31 points, 16 rebounds, and 3 blocks against the Syracuse defense.

Jackson-Davis used his physicality and post-moves for some rim-rattling dunks. His overall presence was felt on the court. Jesse Edwards played him as tough as anyone could, fouling out with 17 points, 5 rebounds, 5 steals, and 3 blocks. However, Jackson-Davis’ talent is clear – he’s a future NBA draft pick that will have a long career in the pros.

Boeheim praised Edwards’ play during the game. “He’s getting better all the time. Can’t say enough about him,” Boeheim said.

Takeaway #3: Orange need someone off the bench to step up

Symir Torrence, Benny Williams, and Frank Anselem could only offer up six total points in the double-overtime thriller.

Boeheim said Torrence and Williams will have to play more in Syracuse basketball’s next game against a very physical Florida State team.

“(Symir’s) never played much and we need him to play. But I’d rather have Joe and Buddy playing a ton of minutes (until Symir’s ready to play),” Boeheim said.