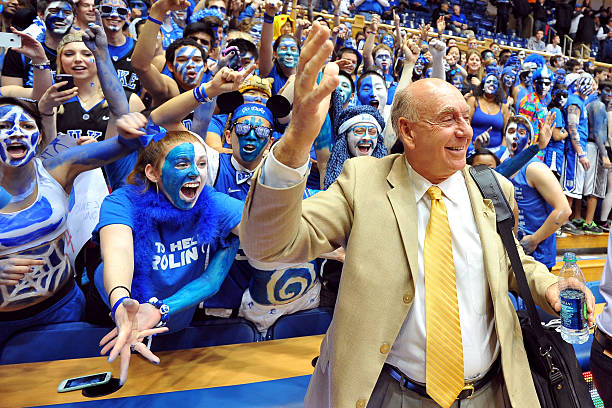 The first three weeks of the 2021-22 college basketball season may seem like a blur. Here’s a cheat sheet to keep you going toward March.

Four. Yes, you read that right, four teams in the WCC are in prime position to reach the NCAA Tournament at the end of November. And this is by no means any stretch.

Gonzaga is a lock and BYU strengthened their resume with that blowout win over Oregon. Saint Mary’s also beat the Ducks as well as Notre Dame and at 6-1 have just one loss to a good Wisconsin team. And then there’s San Francisco – the Dons are a perfect 8-0 with decent wins over Davidson, Nevada, and UAB.

Santa Clara and Loyola Marymount are also improved and have some good wins already.

If there’s any lower-level mid-major school that’s set up best as can be right now, it’s the Iona Gaels. Pitino’s squad plays in a one-bid conference – no ifs, ands, or buts about it. But at 6-1 and with wins over No. 10 Alabama and Liberty, suddenly Iona is turning heads.

Two of the next five games are against Kansas and Seton Hall. If Pitino picks up another one of those games and we’re looking at a 10-2 Iona team in mid-December, we might have something serious brewing in New Rochelle.

He just doesn’t stop, does he? The Kentucky big man continues to be a dominant force on the boards. So far this season Tshiebwe’s finished with 20, 20, 16, 10, 14, and 16 rebounds per game respectively.

There’s also been a noticeable leap in Tshiebwe’s offensive game. Playing at Kentucky has raised his points per game and field goal percentage. He’s easily been the most pleasant surprise of any big man in the country.

Coming into the season it was Villanova and UConn and everyone else. Now, the Big East is looking like a top-three conference in college basketball.

DePaul is undefeated and only 3 of the 11 teams have multiple losses. One of those is Nova with both coming to top-ten opponents.

Seton Hall and Xavier have absolutely joined the discussion at the top, while Providence and Marquette have each put forth a strong early resume. Stop sleeping!

With Luka Garza gone I figured the Iowa Hawkeyes would be in for a major rebuilding year. To be fair, their six wins have all come against mid-majors but it’s still a 6-0 start nonetheless.

In that span, Keegan Murray has not taken a play off. The sophomore is averaging 25.7 points and 8.8 rebounds, with an insane 27 points/21 rebound outing against North Carolina Central. Their first real test will be against Virginia on Monday.

The biggest news in all of college basketball so far this season has been the progress in chemotherapy and improvement in Dickie V’s health. Keep fighting!

Jeff Capel might be out before the New Year strikes and while I don’t want to place all of the blame on him, it’s getting really ugly in Pittsburgh.

The Panthers are 2-4. They were embarrassed by The Citadel and West Virginia, snuck by UNC Greensboro and Towson, and then got handled by Vanderbilt and lost a buy game to UMass.

For the program Pitt has been, that’s borderline unacceptable. The next five games? Minnesota, Virginia, Colgate, Monmouth, and St. John’s. Those are all quality teams that could legitimately leave Pitt at 2-9 or 3-8.

There are obviously struggles in the Memphis system and it’s sort of funny this would be it given Penny Hardaway’s status as a point guard.

The Tigers have still looked like an NCAA Tournament team but they need help finding a point guard to step up. Alex Lomaz leads the team with just 3.0 assists per game and as a unit, Memphis is only averaging 13.7 assists. Now, there’s a lot worse, but for the number nine team in the country, T-166 in that category isn’t ideal. There’s also more to it than numbers. Against Iowa State, it just looked dismal.

The famed Syracuse head coach has seen better days. The Orange have had a tough schedule but haven’t handled it well. Losses to Colgate, VCU, and Auburn puts Syracuse at just 3-3 with Indiana, Florida State, and Villanova up next.

Boeheim also (totally inadvertently) got in a word scuffle with Jabari Smith. Now, Boeheim didn’t say a peep, but you get the point. Cuse needs a win NOW.

When Geo Baker and Ron Harper Jr. returned to Rutgers it seemed like a foregone conclusion that the Scarlet Knights would be ranked and in for a program-altering season.

Now, there’s still time to turn it around but that’s going to take a lot of major wins and no more iffy losses. Clemson on Tuesday almost seems like a must and would at least get them back on track before three straight against Purdue, Illinois, and Seton Hall.

Source: Dave Pasch and Bill Walton’s first college basketball game together during the 21-22 season on ESPN is expected to be on December 21st when Kansas visits Colorado. Adjust your plans accordingly.

Pasch deserves a raise to have to put up with those antics. Gotta love Bill Walton but that’s another job in itself!