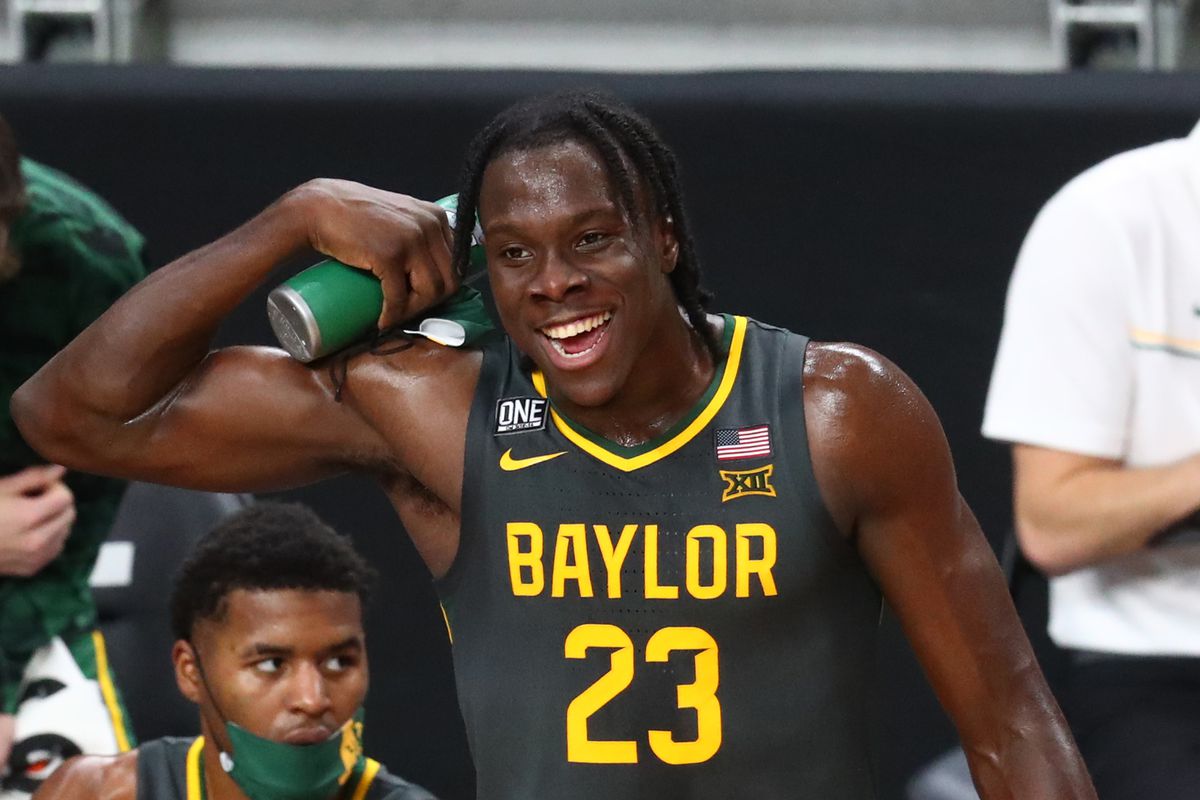 Baylor basketball stays undefeated on the season and is expected to be inside the top five of next week’s AP Poll with their performance over the past three days.

Baylor basketball won their second Battle 4 Atlantis tournament championship in five years, with a 75-58 win over Michigan State on Saturday.

The Bears consistently had four players score in double-figures in each game and limited the fellow teams’ offenses to below 65 points in each game.

Senior guard James Akinjo was the tournament MVP after 15 points, 5 assists and 3 steals against the Spartans.

Takeaway #1: This team is just as talented as last year

This year’s team lacks experience together and is not the three-point juggernaut it was in 2020-21. Athletically, they’re on a different level.

Freshman forward Kendall Brown is off to an absurd 72% from the field start and has scored in double-figures in all seven games.

Junior guard Adam Flagler is starting to get healthy and when he is in rhythm, he is an All-Big 12 level player. Sophomore guard LJ Cryer is an early candidate for Big 12 6th Man of the Year and offensively has gotten the bears out of dry spells.

Baylor basketball is among the best teams in the country in assists and steals in the early season at 20.3 assists and 11.8 steals per game, good for seventh in both.

Now at 7-0 and more games together, the Villanova game in December is looking more like a potential resume-win.

Although his ability to score is not in question, his role as the point guard in a Scott Drew system has drawn questions early.

Whether it be contested shots taken or questionable decisions with passes, the Georgetown and Arizona transfer.

The progression earned him Tournament MVP and more comfort as the point guard, rather than the No.1 scorer for the Bears offense. The more he facilitates, the better the Baylor offense will be.

Takeaway #3: This was Jonathan Tchamwa-Tchatchoua’s best stretch at Baylor

Tchamwa-Tchatchoua’s role on last year’s team was a burst of energy off the bench. His pick-and-roll impacts the offense, while having athleticism and range helps on the defensive end.

Alongside a surprise three-pointer against VCU, he had the best offensive stretch of his Baylor career.

13 points and 8 rebounds led the Bears in the semi-final game. 10 points, 3 rebounds, and 2 steals capped off the tournament.

Tchamwa-Tchatchoua continues to grow in his second year with Baylor basketball and a more expanded offensive game adds another weapon for the Bears.

Featured image from Our Daily Bears