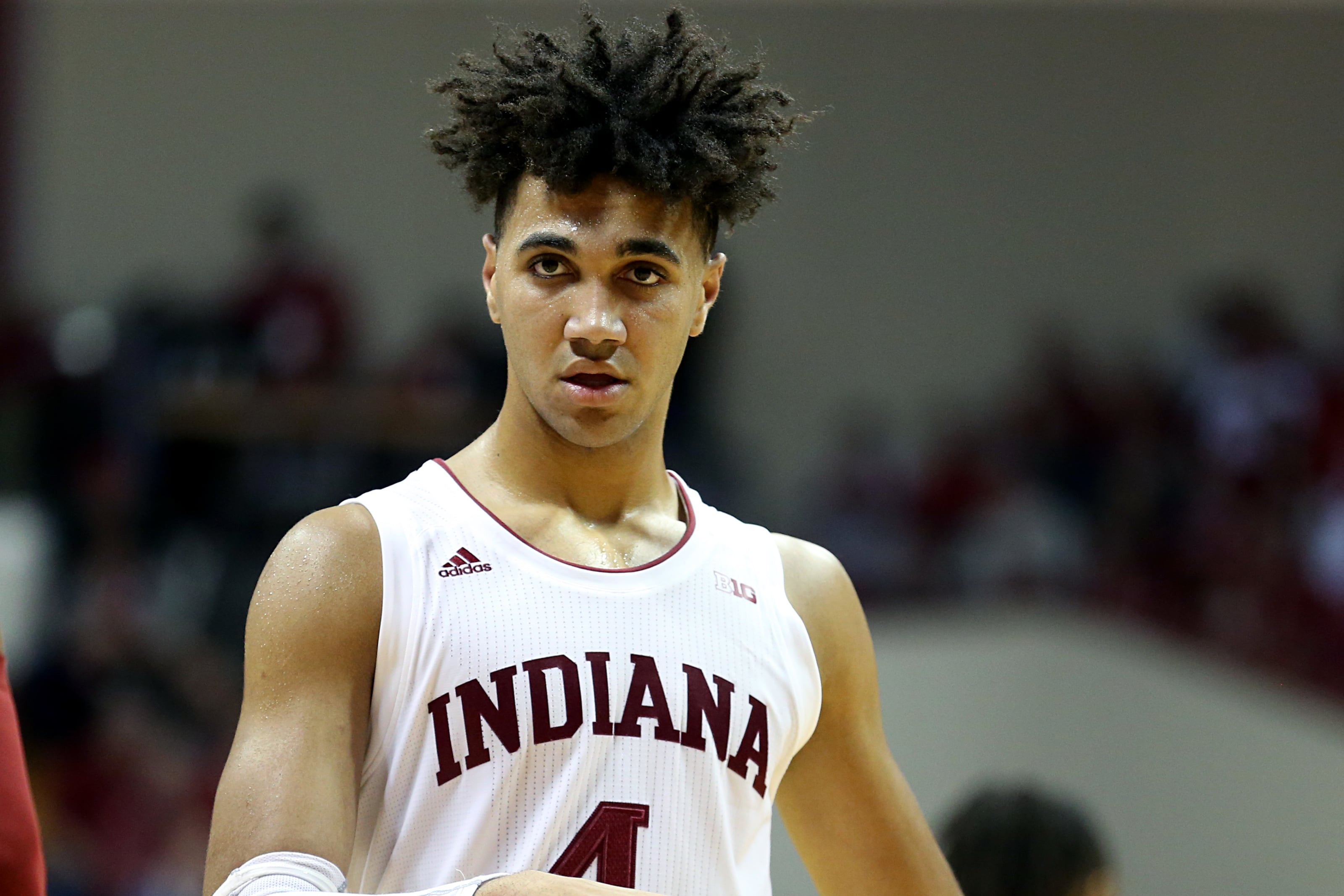 Mike Woodson comes in as the new head coach of Indiana basketball and has the benefit of a star big man and multiple effective transfers.

Woodson is blessed with one of the best returning big men in all of college basketball, which will be needed in a Big Ten conference that has multiple potential All-Americans down low.

However, this Indiana basketball team is more complete. The Hoosiers have a good set of guards and some versatile forwards that can certainly help them get to the top half in the toughest conference in college basketball.

“They’re able to create and penetrate from the wings.”#iubb PG Rob Phinisee talks about how Trayce Jackson-Davis and Race Thompson have improved their games and will become more involved in the offense this year. pic.twitter.com/AU02VrQv6n

There’s not much you can’t like about Trayce Jackson-Davis. He’s an old-school big, who’s arguably right up there with Drew Timme, being able to rebound the heck out of the ball and deliver a scoring punch. After a terrific freshman season, he followed it up with an unbelievable sophomore year.

I’m not sure how much better Jackson-Davis’ stats can get, but I’m sure he’ll find a way to wow us again. With no outside shot and room to grow defensively, I’d have to think we’ll see some improvements in those facets. With Woodson as coach, his defense will probably be it.

Jackson-Davis is one of the best players in the Big Ten and will be up for his third All-Big Ten appearance. He has to battle the best of the best in Kofi Cockburn, Hunter Dickinson, Trevion Williams and Qudus Wahab, but Jackson-Davis has the skillset to rise to the occasion every night.

With Jackson-Davis and Xavier Johnson as the big-guard duo heading into the season, Race Thompson can be the wing forward who turns Indiana basketball into a true big three.

Thompson’s intelligence is key to the Hoosier’s success but his skill set shouldn’t be slept on. He exploded onto the scene last season, finally breaking out of his shell as an upperclassman.

Thompson should once again see an uptick in scoring and rebound and his strength and versatility could be a superpower pair when matched with Woodson’s defensive intensity. If you’re looking for a breakout player of the year candidate, Thompson is on the shortlist.

Miller Kopp is about the safest bet for Indiana basketball to bring off the bench. He transferred to the program from fellow Big Ten school Northwestern, so there’s obviously no worries about Kopp adjusting to the conference. By letting him shine off the bench, Kopp will be able to give the Hoosiers a significant scoring option as their sixth man.

However, after Kopp, it figures to be a battle for minutes between a handful and a half of other players. Trey Galloway is the best-returning guard and Tamar Bates was a 4-star and t0p-30 rated recruit, so both of them have better than alright chances of being rotation players.

Parker Stewart lit it up at UT-Martin but didn’t play at all last season, transferring in January. How he adjusts to the Big Ten will be a major question, but there’s no doubt he can score the ball, so Stewart could push for a lot of minutes as well.

After them, it’s going to be tough for Woodson to decide who he wants in the lineup. Logan Duncomb would add to the depth underneath the rim, but is just a freshman and could have some trouble in the Big Ten. Lander and Geromino seem to be in the same position that Race Thompson was in two years ago, just awaiting their turn with so many players ahead of them.

Having Trayce Jackson-Davis and now a 7-footer in Michael Durr will be a nightmare for opposing teams trying to score in the paint. The Hoosiers were ranked the 19th best defensive team down low, which is even more impressive considering who they play in the Big Ten.

Last year, Jackson-Davis was the main low post player. I like him to slide over to play the four spot this year and share the floor with Durr, at least to begin the game. It sets an unmatchable tone of forcing teams to make threes and with Miller Kopp likely drawing a lot of minutes off the bench, can place Jackson-Davis right back to the five when needed. Fear the paint in Assembly Hall.

Jackson-Davis, Johnson and Thompson have the potential to bring Indiana basketball its best season since 2015-16 when they went 27-8 and finished first in the conference. Last year, Indiana was so-so, but this year their team loaded up with so much talent and a fresh new coach, it seems almost impossible that they won’t improve drastically.

We know the Hoosiers will be tough to beat at home, but how will they fare on the road? Last year, they didn’t win an away game past February 10, and that just isn’t going to help out any team trying to reach the NCAA Tournament.

You can ignore everything about their 12-15 record last year. This is going to be an Indiana basketball team that finishes above .500 in conference as pushes for somewhere between 20 and 23 wins overall. It’s tough to rack of a ton of wins in the Big Ten, but if the Hoosiers can put together some runs, it’ll create a convincing resume that will get them in the field of 68. Once they’re in, they can win a few games, because most teams can’t match Jackson-Davis and that defense.