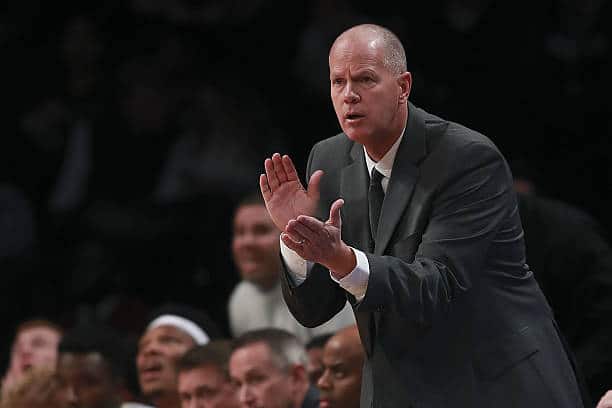 Since 247Sports began tracking recruiting classes in 2004, Colorado basketball had only placed inside the top-20 one time. That was in 2012 when Tad Boyle was able to land two four-stars in Josh Scott and Xavier Johnson on top of four additional three-stars.

Although Colorado doesn’t always bring in the top recruits, Boyle wasn’t necessarily surprised when some highly-rated prospects signed on.

“When we sat down with each of them and their families and said, okay, here’s our roster, here’s what we’re losing, look at the opportunity you have, I think it was very appealing to them,” said Boyle.

The opportunity he’s referring to is the playing time available. The Colorado basketball program lost seven seniors either to graduation or the transfer portal, opening up plenty of secure spots on a team that’s headed toward a bit of a re-load.

Lawson Lovering and K.J. Simpson have the best chances at earning the most playing time. There are potential battles for starting spots as only a few starting positions seem like absolute locks at the moment.

The Buffaloes will still have a few veterans to help these freshmen adjust to college hoops. Seniors Elijah Parquet and Evan Battey are two experienced Buffaloes players that will each hold two jobs as starters and supporters. The latter, Battey, is a unique big man that can do it all for Colorado. This year, Boyle expects to see his presence felt in the locker room as a leader on a younger team. Boyle said:

“Last year, I would say he (Battey) was our emotional leader. McKinley was our vocal leader. Evan’s very vocal in his own right. He’s not just going to lead by example. He’s going to lead by his voice and his actions and his expectation level of what he wants out of his senior year.”

Being able to count on a senior like Battey is a coach’s dream on such a young team. It’s also especially important because of the roles these freshmen will carry this season. Boyle told me all of the freshmen, with the exception of Quincy Allen, who suffered a season-ending injury, will have opportunities to play this season.

Even with the excitement of a young yet very obviously talented freshman group, Boyle doesn’t choose to look at it as a change in the way that he recruits to Colorado basketball.

“The thing about college basketball today is you just don’t know how long kids are going to stay,” said Boyle.

Battey is a fifth-year. On the other hand, Jeriah Horne came to Colorado basketball as a grad-senior but chose to re-join the Tulsa program for his COVID year. Similarly, with changes being made to the transfer portal in recent years, freshmen and sophomores are beginning to transfer out of programs the minute their playing time either decreases or isn’t up to their standards. Boyle doesn’t let that worry him.

“We know what works in Colorado. We know the players that have success for us and we’ve just got to stay on that wheelhouse. We don’t need to go out and get someone that’s not going to fit into the culture of our program,” said Boyle.

Boyle isn’t trying to turn Colorado into the next one-and-done station. If they come to the Buffaloes, then so be it, but he won’t change the culture in Boulder to what Bill Self does at Kansas or how John Calipari recruits at Kentucky. Six consecutive winning seasons show that type of forced recruiting isn’t needed at Colorado.

With that being said, Boyle isn’t shying away from the talent signed to his 2021 recruiting class.

“We don’t know what future recruiting classes are going to look like,” said Boyle, but I know this one’s pretty dang good, and that’s a good place to start.”