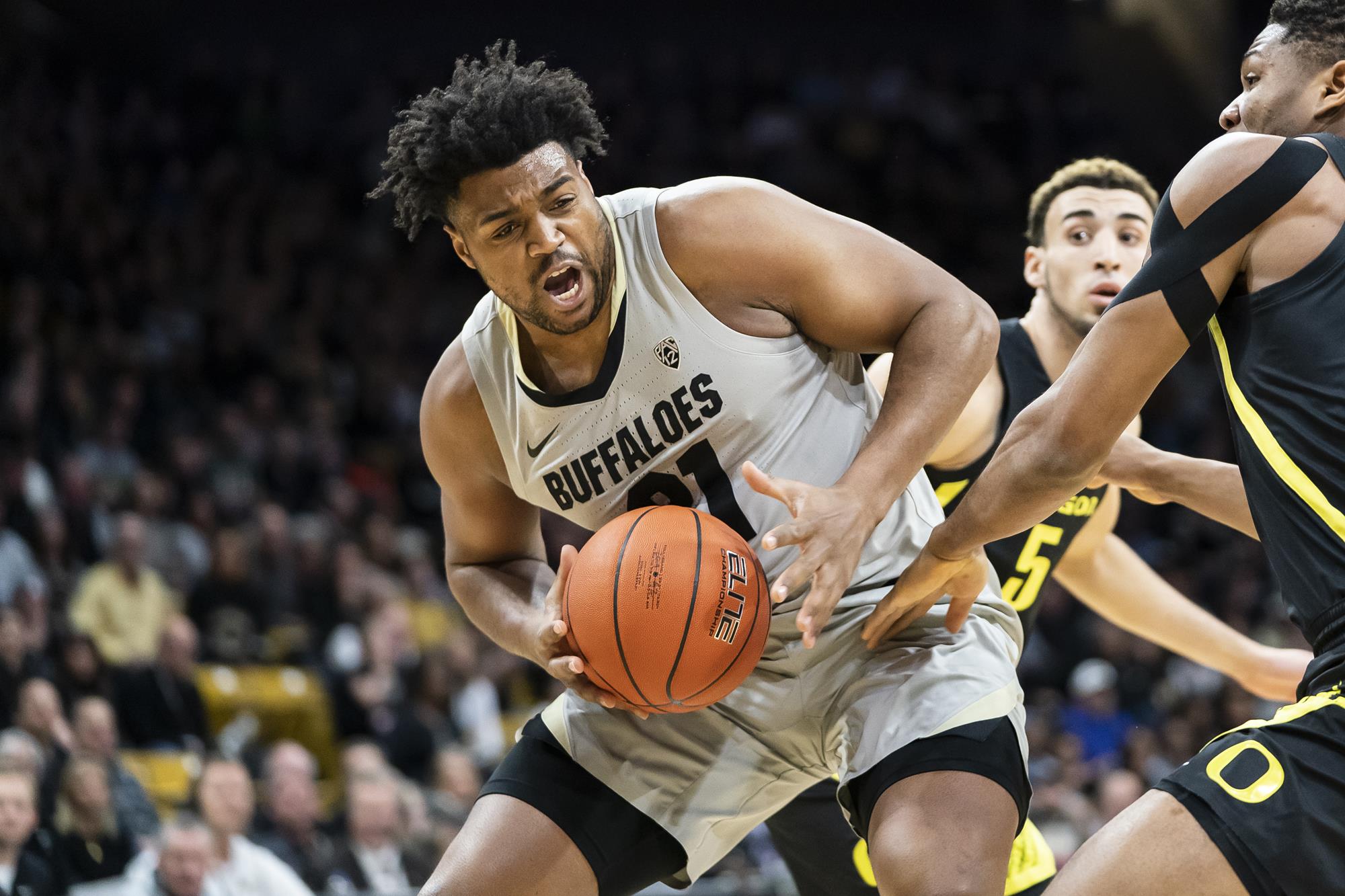 Evan Battey, the 6-8 Sophomore Center from View Park, California played a big role for the would-be tournament team Colorado Buffaloes. Battey had a solid all-around year in production, scoring 9 points a game on 52% shooting, 6 rebounds a game, and started every game for the team this season. In this interview, read about how Battey has improved his game, overcame a major obstacle in his life, and his goals for the future.

1) What was the biggest difference for you between your first season and this season?

Evan: I think me slowing down and realizing that is what I’ve been doing my whole life. No need to get scared or nervous. Last year was my year of getting back, and this year was me proving to myself that I can do this.

2) What made you pick Colorado over the other schools that offered you?

Evan: The community, fans, atmosphere, and of course Ralphie (Colorado’s live mascot Buffalo). I just fell in love with all of it.

3) What was your first reaction when you heard the Pac 12 tournament and the NCAA tournament were canceled?

Evan: It was a little different for us because we played our Pac-12 tournament game and lost. I felt bad for the team who beat us because that’s not a fair shake as far as their opportunity goes. The NCAA tournament is different because we were going to go to that and hopefully win a couple games. I just feel so hurt for my seniors.

4) What was your favorite moment from the season?

Evan: When we beat Dayton in Chicago. It was like a road game. Every time McKinley (Wright) touched the ball there was an incredible amount of boo’s for the crowd.

5) At just 19 years old, you suffered from a stroke, which must have affected you physically and mentally. What did you do to overcome this obstacle and become the player you are today?

Evan: Lots and lots of grinding both in physical therapy and speech therapy, on top of that a lot of work in the gym.

6) Do you have an individual and team goals for next season?

Evan: An individual goal for me would be to win Pac 12’s most improved player award. As for the team, the goal would be to make the Elite 8.