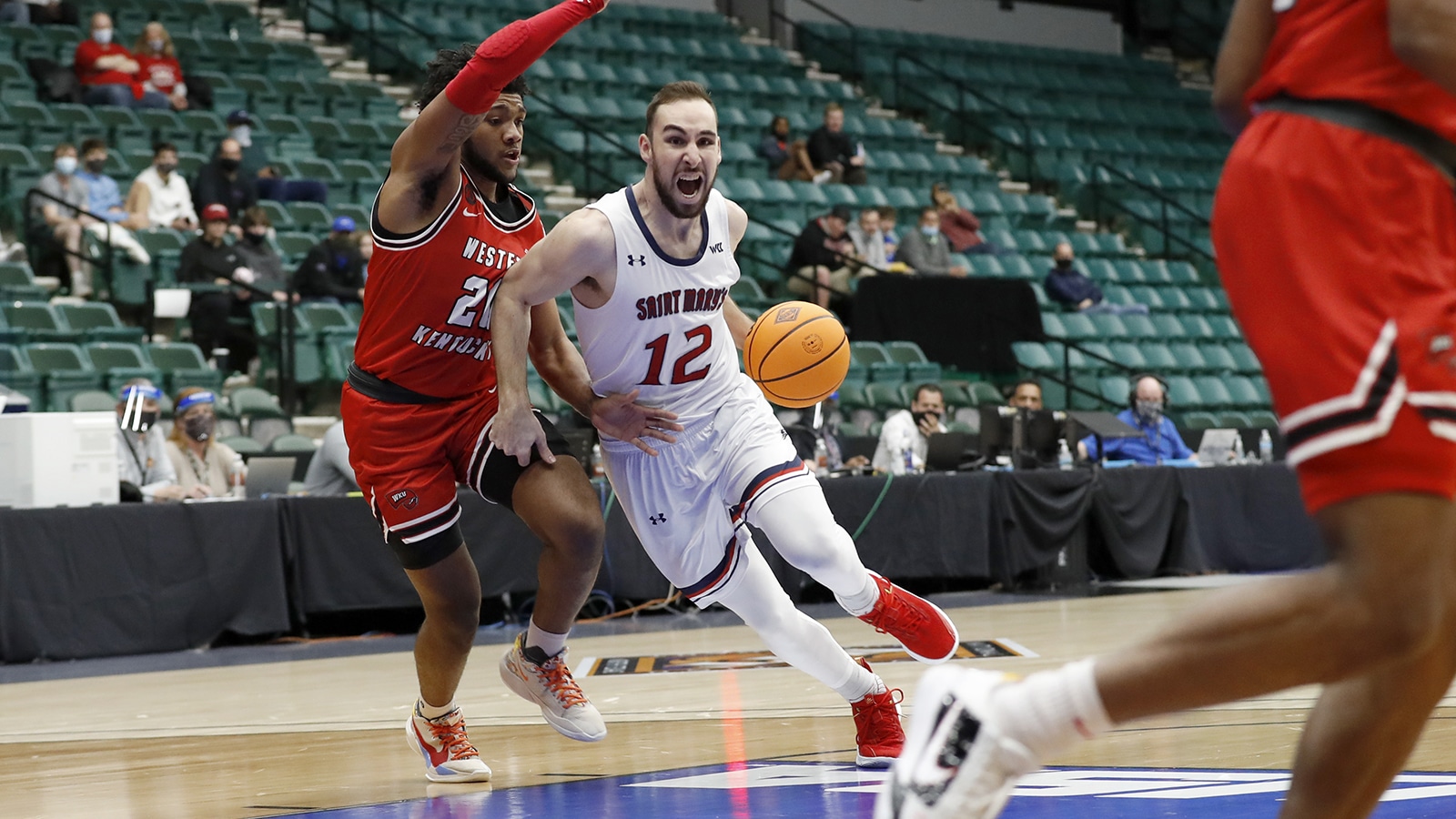 Saint Mary’s basketball looks to capitalize on 13 returning players from a year ago.

Randy Bennett heads into his 21st season as head coach of Saint Mary’s basketball with a large group of returning players from a team that struggled last season. The Gaels 14-10 (.583) record was its worst since 2007, sparking some nervousness in the state of the program. However, Bennett’s track record would disagree, especially with all players in the projected rotation having played for Saint Mary’s last season.

Am I cheating here? No way, because if you watch Saint Mary’s basketball you’d understand why Kuhse and Johnson both need to be included. They help guide an offense that includes a lot of screens and cuts and on top of that benefit as the two main scoring options.

Kuhse is the top distributor on the team, having averaged 5.0 assists per game last season. However, Johnson barely topped him in points per game, while also providing a lot of ball handling within the offense.

Both Kuhse and Johnson will need to improve their three-point shooting (as does practically everyone on the Gaels) but you won’t find two more even keel players in college basketball. Each played over 32 minutes per game last season and still combined for just 4.4 turnovers. They know how to control the basketball.

Böckler was a freshman last season and only played in eight games due to a season-ending knee injury during practice in December. As long as he’s at full strength and ready for the season, he showed glimpses of being the shooter Saint Mary’s basketball desperately needs.

Gaels have won four in a row since opening with a loss to Memphis.

In a game against Texas Southern, Böckler went 6-of-7 from behind the line, exploding for 20 points total. On the season, the sample size was very small, as he shot 11-of-26 from deep. However, that type of shooting was not present from anyone else on the Gaels. Besides Böckler, no one on Saint Mary’s even shot above 36.1% (Quinn Clinton). As far as the main rotation, it was even worse.

Böckler doesn’t need to be a starter and I’m sure there will be noticeable improvements from some of the other role players and starters. However, he at least proved the ability to knock down long-range shots at a high rate, which would bring the Gaels to another level.

It’s a whole bunch of average Joes off the bench for Saint Mary’s and that’s just how Randy Bennett likes it. The Gaels have always played a defensive-minded, well thought out and high-IQ game of basketball.

Some players will have the ability to break out of their shells this season, but it’s hard to tell who. The lineup changed so many times last season, but Kyle Bowen, Alex Ducas and Böckler are all candidates for noticeably improved years.

Quinn Clinton and Jabe Mullins are two more players who got plenty of action last season and could be in store for much better seasons than I projected.

7-foot-4 Matt Van Komen is another player to watch. He played very sparingly last season, but the transfer from Utah has the basketball body type of someone who could give some good minutes inside the paint.

It’s tough to really estimate how Randy Bennett’s bench will look, because of injuries, COVID-19, and how that affected the rotation last season. All I know is there’s enough talent to keep things going. The bench will play a key role in how Saint Mary’s basketball is able to compete this year.

You don’t need to be an analytics wizard to understand this one. Saint Mary’s was 14th worst in the country in three-point field goal percentage, shooting it at a dismal 28.59% last season. That will rarely get the job done or give you a chance to consistently win games, especially no dominant big man.

As mentioned before, two things do negate this. Böckler will have a huge role in getting this number up. If he’s at full strength and has decent usage, that number should climb to somewhere between 30 and 31% as a team. Improvements around the board would obviously help out too.

Defensive efficiency also helps calm the storm for the Gaels. They ranked 21st best in college basketball in that category last season, showing that hard work on the other end does actually produce results. Despite being awful in one of the most important statistics, their defense still allowed for a record above .500. Don’t expect the defensive mindset to change any time soon either.

The West Coast Conference looks better than past seasons, at least as far as who might come in second place to Gonzaga. Loyola Marymount just cracked our top 100 and BYU will be in the coming weeks.

The WCC rarely gets more than two teams in the NCAA Tournament, but three certainly isn’t out of the possibility. It will mean that Saint Mary’s will have to win at least 24 games, earn a few good non-conference wins, and possibly even upset the Zags. Kuhse was on the Gaels when they did just that in 2019.

To do all of that – and it’s a broken record at this point – Saint Mary’s has got to find some better three-point shooting. Even if it means each player gets up 1,000 shots a day during practice, they won’t be able to compete against good opponents without posing at least some sort of a threat from deep.

However, the defense and ball control is exceptional, which will obviously keep the Gaels in most games and likely create more wins than losses for the 19th consecutive season.

Right now I have Saint Mary’s basketball on the outside looking in, but they’ll be one of the few teams on the bubble if these projections stand true. If they do get into the NCAA Tournament, whoever they face will be on upset alert, given their unique way of keeping games close and low scoring.

Projected Finish: 3rd in the WCC

Projected Ceiling: Round of 32 Exit