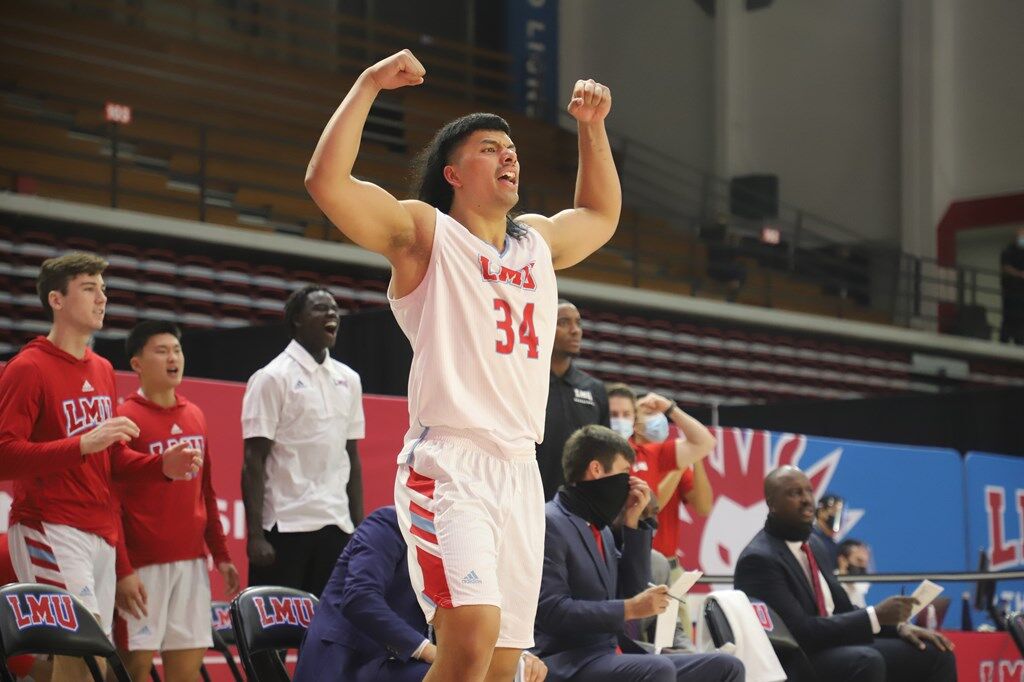 If there’s ever been a mid-major team that has too much wealth, it’s the 2021-22 Loyola Marymount basketball team. The Lions have a solid baker’s dozen of game-ready players, and that’s not even counting sophomore Quentin Jackson who played in just six games last season but has the talent to make it 14.

The Lions don’t have a fantastic point guard, but it might not matter, because the inside play and bench depth on this team is unfathomable.

Cameron Shelton comes in as the sought-after transfer and will join Eli Scott and 65.4 points per game returning from last season. The Shelton and Scott combo could be deadly in the WCC.

Even with the addition of Cameron Shelton, a 2x All-Big Sky performer, Scott is the go-to option. The 6-foot-6, 245 pounds brute of a man had the best season of his career last year and decided to come back for a fifth and final year. Scott’s strength allows him to finish through taller opponents and he’s tried to add a three-point shot over the past two years, so expect that to be more improved heading into 2021.

Quintana is the only great option at point guard for Loyola Marymount basketball, given Shelton’s scoring. Shelton’s stats prove otherwise, but with a pass-first point guard, he could thrive even more at the 2-guard. Quintana certainly has point guard skills and will have all the talent in the world around him to improve on his ability to lead an offense. However, if he can’t figure it out to that level, it’ll have to be Shelton or a freshman.

The only thing that would make this bench better would be an absolute stud of a sixth-man. However, between the fan-favorite Leaupepe, big guards in Marble II and Anderson, a stretch four in Alipiev, and four other newcomers (two not listed above), this bench has virtually no weak points. As mentioned above, Quentin Jackson is a wild card, so don’t count him out of the rotation either.

Let’s call it what it is – Gonzaga is winning this conference and it isn’t even close. Given the historical nature of this conference, 23 to 25 wins might be needed for Loyola Marymount basketball to reach its first NCAA Tournament in over 30 seasons.

For that to happen, the transfers will need to gel quickly with the returning core. There’s a lot of pieces on this team, and if they can blend together, BYU and Saint Mary’s might have serious competition for the second-best team in the WCC. On the flip side, having so many pieces can be hard to find a steady rotation. Stan Johnson will have to stick to his gut in year two.

I’m personally in love with the scoring ability on this team. Last season the Lions averaged nearly 70 points per game. They bring nearly all of that back and add a near 20 point-per-game scorer in Shelton and a few other rotation players.

I tried to find a conceivable way to take into consideration more balanced minutes equaling fewer points per game for most of the players. I still couldn’t get it to much less than 100 points per game. Obviously, not all of my projected players will actually earn consistent spots, but they’ve all given reasons to at least be strongly considered. At least, this will be a 10-man roster.

Simply put, expect Loyola Marymount basketball to score in bunches and contend in an improved WCC.