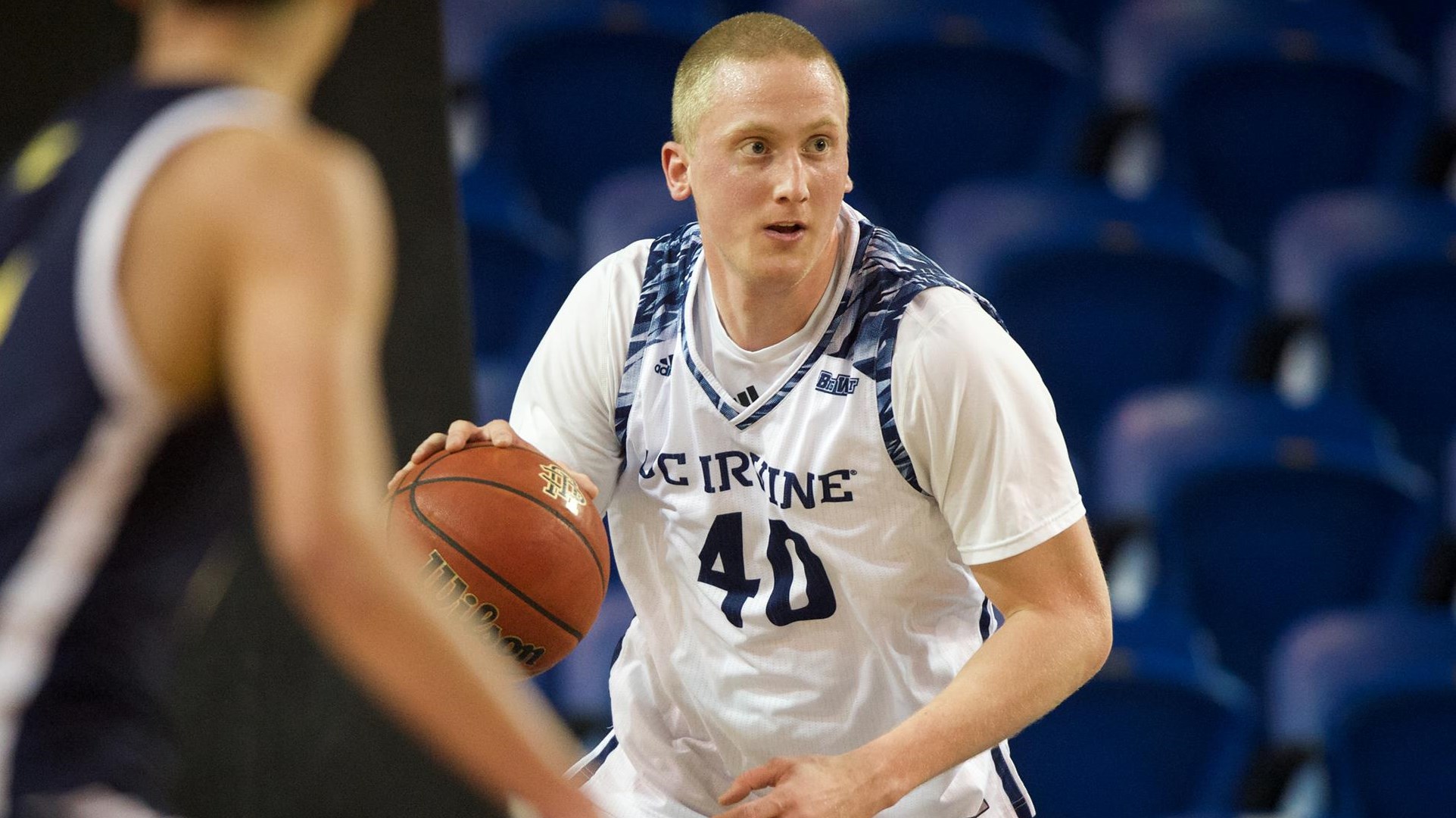 Two-time All-Big West player Collin Welp is ready to lead UC-Irvine basketball all the way to the NCAA Tournament this season.

Contending in a mid-major conference for an extended period of time is not an easy task. You have to stomach the very low possibility of landing four and five-star recruits. Being able to develop players can’t just be an asset. It’s a must-have trait as a coach.

Russell Turner must have ignored those notions because in eleven seasons as head coach of UC-Irvine basketball he’s had just two losing seasons. Turner’s produced seven 20-win seasons and two trips to the NCAA Tournament, en route to being the program’s all-time winningest coach.

Turner’s had some help along the way from the gifted players and this season, Collin Welp is the young player ready to lead the Anteaters to the possibility of another Big West title.

Welp has been one of the best players in the Big West over the past couple of seasons, but this year his stock could go up even more. Welp was just a 2-star rated recruit coming out of high school and redshirted his freshman year with the UC-Irvine basketball program. Welp’s work ethic has promoted him to the clear locker-room leader this season.

“Collin is ready to lead with this team this year, and he’s the hardest working guy in the program,” said Turner.

UC-Irvine had one of the youngest teams in the entire country last season, so this year’s experience may have a more positive impact. Even with that, Turner is sure to note that the Anteaters will run through Welp.

“He’s the tone-setter, and that’s critical when you know your top guy or the guy who’s earned maybe the most accolades continues to be the hardest worker,” said Turner.

In other words, Welp didn’t slow down once his initial hard work started to pay off. From redshirt to a key bench player, to the sixth man, to a starter, Welp has been the dictionary definition of a blue-collar college basketball player. His points, rebounds, and blocks per game have gone up in each of his three seasons. In true Collin Welp style, he’s been using this offseason to develop other parts of his game.

“Teams are trying to scout me and throw a ton of stuff at me, so I have just been trying to practice how I can beat the scouts,” said Welp.

Shining in the big moments is nothing new to Welp. In 2017, he posted up and delivered the game-winner during the WIBCA all-star game.

This season, Welp will need to elevate his game and lead his team throughout the season. The Anteaters are expected to be one of the serious contenders to represent the Big West in the NCAA Tournament. However, he’s ready to take that challenge hand in hand with Turner.

“We’re still a young team, but we’re super talented and I think we are better on offense this year than our team has been in previous seasons,” said Welp, “to add that to our strong defense, I think our team can come out on top.”

Last season, the Anteaters went 13-4 in the Big West. Returning Welp and five other impact players from last season has UC-Irvine basketball in a clear position to be the frontrunner.