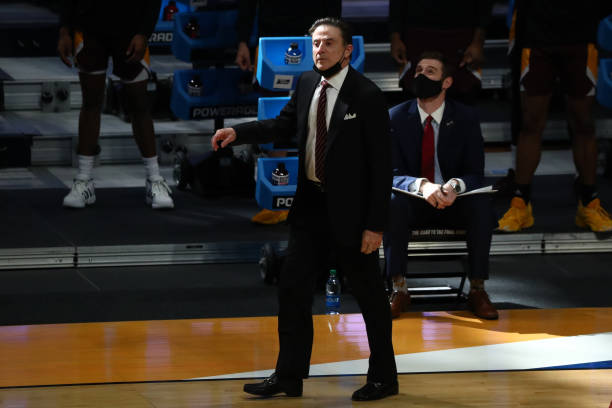 Two impact transfers from the AAC have Iona basketball in line to make another NCAA Tournament.

Rick Pitino didn’t play around this offseason, convincing Elijah Joiner and Tyson Jolly to join the Iona basketball program. The Gaels will look to make their sixth consecutive NCAA Tournament in the process.

The Tulsa transfer will come in to replace the scoring lost from Isaiah Ross. Joiner was a big piece for Frank Haith at the American Athletic Conference team and will likely excel in the MAAC. He’s a gifted defender on top of his offensive capabilities, and head coach Rick Pitino is sure to help get the maximum out of Joiner on defense.

At 6-foot-3 and 205 pounds, Joiner has an unmatched frame that few guards in the MAAC will be able to defend. Pair that with Tyson Jolly at the two spot and it’s a matchup nightmare for anyone in the northeastern mid-major conference. If Jolly returns to his 2019-20 performance at SMU, it could be a pretty even duo in the backcourt. Based on last season, Joiner is the early pick for the top guy at Iona.

Here’s where Jolly really comes into play. In his first year at SMU, Jolly was a near 15 ppg scorer. On top of that, he rebounds and passes well. Jolly left the Mustangs’ program at the beginning of last season, so that’s the first thing he needs to overcome. Pitino won’t put up with not wanting to be a part of the Gaels’ team, so Jolly needs to be committed.

That’s just playing devil’s advocate, so realistically Jolly is going to be a part of this Iona team and do really well. He’s got a great game to pair with a fellow AAC opponent in Joiner. There’s a chance the two J’s can live up to that name and combine for 30 points per game. Right now I’m just a bit hesitant to predict anything outright, but keep that thought in the back of your mind for now. Even then, Jolly is a big part of the best backcourt in the MAAC.

It’s not a big deal in the MAAC, but the Iona bench doesn’t particularly blow me away. Dylan van Eyck and Ryan Myers should be the first two off the bench in the frontcourt and backcourt respectively. Both will play valuable time and are no slouches – yet neither is a surefire game changer. Myers is fearless but might need to calm things down just a wee bit…

Ryan Myers scored 22 points in the victory vs Ionikos and then jumped off a 35 foot cliff. Absolutely amazing but then I found out afterwards that he can’t swim! pic.twitter.com/YtalKyecux

Trey James and Osborn Shema are two big men that will also vie for decent chunks of court time. James, a 3-star forward has great size already and Shema could develop into a shot-blocking specialist. Iona’s just a big team overall, so James and Shema fit right in.

Overall, the bench game probably won’t play a huge factor in Rick Pitino’s system anyway. Pitino does also value defense, and all four bench guys will be able to contribute on that side of the ball for Iona basketball.

Foul-trouble. Last season Iona was FIFTH WORSE in the country in free-throw attempts allowed per 100 trips. Part of that has to do with having a tough-minded team, with a former Big East coach. However, that’s still not a great category to be in. The additions of Joiner and Jolly could help out, as their basketball IQs should translate fairly easily to the MAAC.

To make things better, Manhattan, who also plays in the MAAC, was ranked fourth worse in the nation in the same category. St. Peter’s was also bottom 15. Maybe it’s a MAAC thing then?

Iona is the clear choice to represent the MAAC in the 2022 NCAA Tournament. They’re also a popular pick for one of the best teams in all of mid-major college hoops, given their impact transfers and hall of fame head coach.

Berrick JeanLouis is the glue guy that can quite literally do EVERYTHING for the Gaels. He’ll bring it all together and as one of four seniors on the team will lead by example.

I’m really excited about the non-conference slate for Iona basketball. Pitino is scheduling hard and that includes an early-season tournament with the opening round game against Alabama and a neutral site game against Seton Hall at Madison Square Garden.

If you’re looking to make research-based upset picks this March, I’d highly recommend following this Iona basketball team all season long. They will without a doubt be there in March, and more likely than not find themselves with a fairly decent seed. Rick Pitino has something really special brewing in New Rochelle, New York.