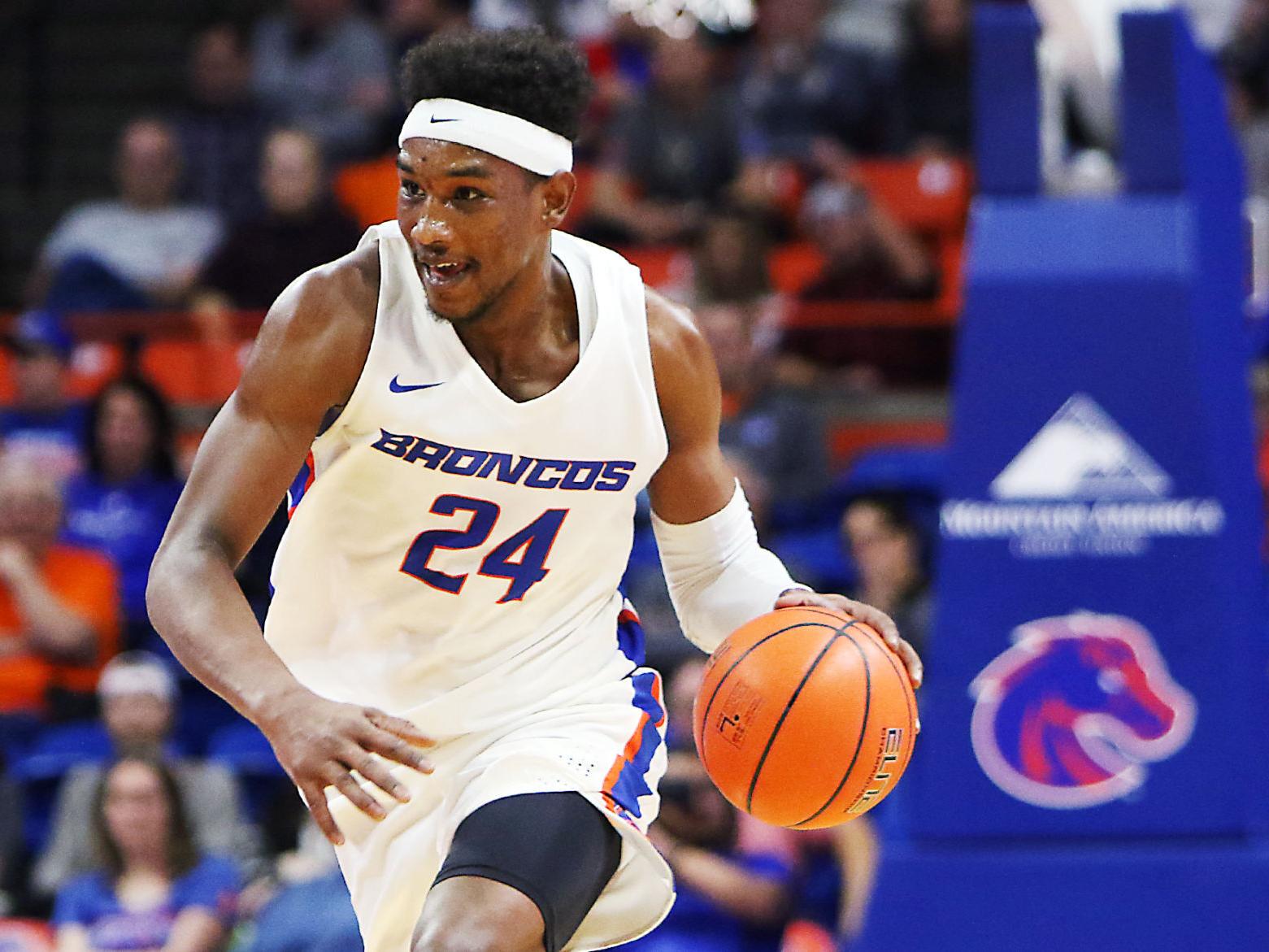 Moving on from a player like Derrick Alston Jr. is a challenge no matter who you bring back or who is coming in to help try and replace him. However, despite Boise State basketball not having a true point guard to fill Alston’s shoes, the Broncos have a veteran lineup full of scoring and rebounding. Ball movement will be crucial, but they have the makeup of a team that can get past those initial difficulties.

On a team with a great extent of seniors and veteran players, Abu Kigab is the strongest point. His experience at Oregon thrust him into a starting role at Boise State as a junior. This will be his third year in the starting five.

The biggest plus about Kigab’s game is his versatility. Kigab is an athlete who scores in dynamic ways. Although he might lead the Broncos in points this season, he offers much more than just putting the ball in the hoop. Kigab rebounds well, shares the ball, and is arguably Boise State’s best defender.

Shaver Jr. can score and defends well. He has the perfect size for a point guard. The question will be if he can take over and excel in that role.

With Alston out and no true point guards coming in to replace him right away, Shaver will most likely have to carry that load this season. Shaver won’t need to equal Alston’s performance, but he will need to take a step up and lead the offense. Whether that means three to four assists per game or just putting the offense in a good flow from the tip-off, Shaver will have major duties this season.

Let’s not beat around the bush – there are some issues with the Boise State basketball bench. A light recruiting class will likely only mean that 3-star R.J. Keene is the big incoming player. He’ll certainly get a chance, but don’t expect him to solve all of the Broncos’ problems.

Max Rice will have to take a step forward. He doubled his points per game from his freshman to sophomore season and might need to take another giant leap this year. Rice is the only bench player with some sort of a track record of consistent scoring but didn’t exactly keep it up to end last year. A career-high 22 points against New Mexico followed by three straight games of 11, 11, and 12 had Boise State fans beyond excited for the future. He never scored more than nine for the remaining 16 games. That can’t happen this season.

Lukas Milner and Naje Smith are two solid options at big. Both should be physical paint presences, yet will have to find their footing more on offense. The latter has yet to be seen, but this could be the year that changes.

Overall, it’s a bench that needs work, but there will be at least four players counted upon. Unfortunately, there isn’t much room for error between those guys.

Take all of my nasty comments about Boise State’s bench and the starting lineup is looking pretty fresh. All five starters could legitimately average ten points per game or more. That likely won’t happen, but it at least gives hope that the Boise State starting five can contend in the Mountain West.

For the Broncos to really excel, Max Rice and Lukas Milner will need to step it up. They won’t need to be star players, but some type of consistent production of 12 to 15 points will give the starters some rest from carrying this team.

I wouldn’t bet on Boise State basketball to win the Mountain West, but they’ll be there at the end. I’m a harsh critic, but we wouldn’t have ranked them 80th without a reason. They’ve got talented players, but the lack of a star and a bench is sure to draw some criticism, especially in the pre-season. Watch to see how they grow and who steps up throughout the year.

Ceiling: NCAA Tournament Round of 64