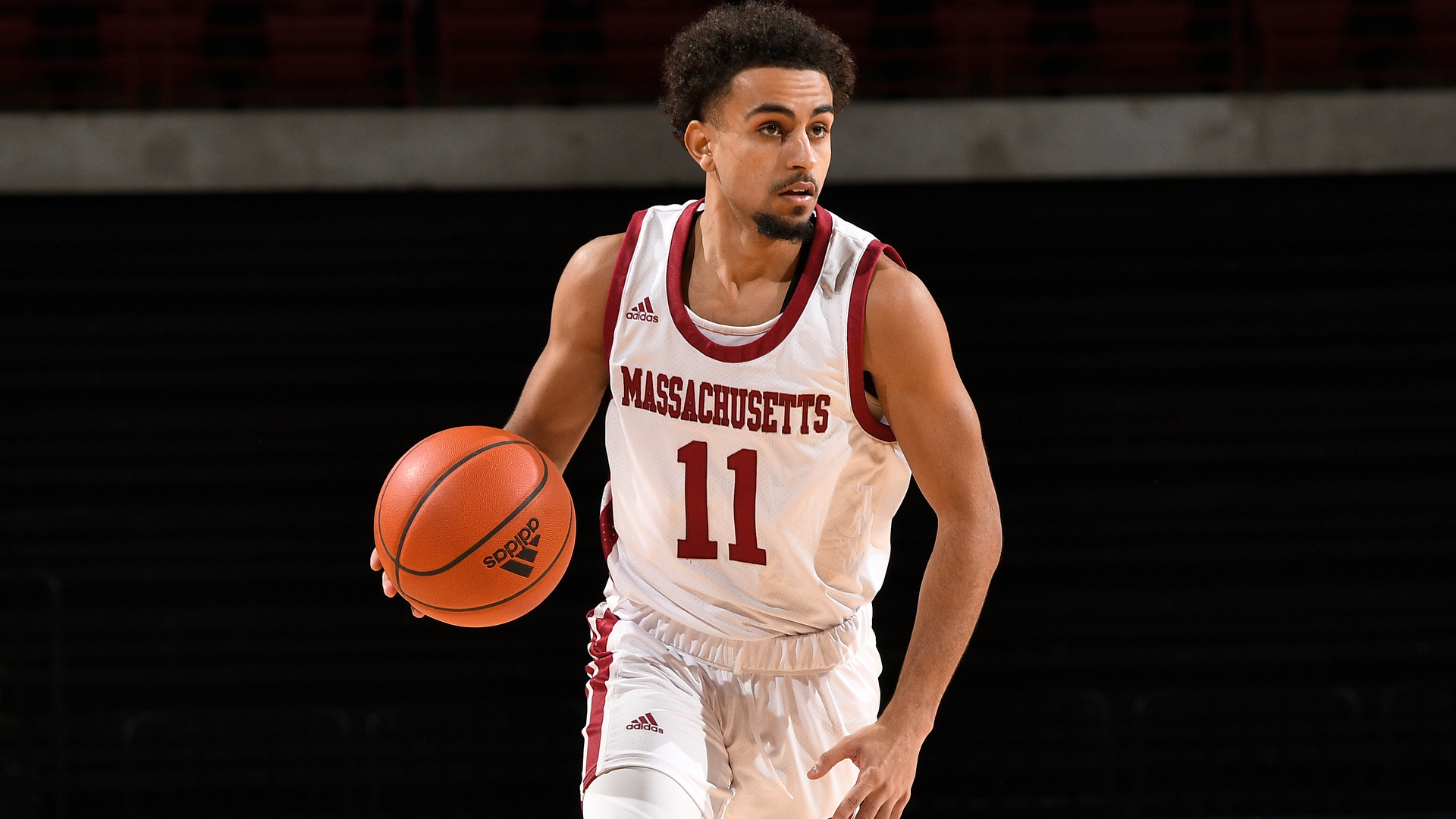 UMass Basketball played the second-fewest games in the A-10 Conference while finishing in a tie for fourth place last season.

Head coach Matt McCall leads UMass basketball in his fifth season with the Minutemen. Coach McCall is going for his first winning season since taking the head coaching job at UMass. He loses three of the top contributors for UMass, including Tre Mitchell, the leading scorer for the team to Texas. The next big hit was Carl Pierre, who led the team in minutes played. Finally, Ronnie DeGray’s fourth most minutes played and fifth most points averaged really hurts UMass basketball.

Luckily, last year’s transfer from Wichita State, Noah Fernandes, is returning to his starting position as the point guard, as is shooting guard Javohn Garcia. Coach McCall was able to find some replacements in the transfer portal to bring some extra experience. The Minutemen bring in Michael Steadman from Montana to replace Tre Mitchell, and C.J. Kelly from Albany to replace Carl Pierre. UMass basketball also brought Trent Buttrick from Penn State and Greg Jones from Southern Connecticut State to replace Ronnie Degray and the depth loss to graduation in the big men. The A-10 will be tough again, but UMass basketball is set to answer the call.

Losing some key contributors in Carl Pierce, Tre Mitchell, and Ronnie DeGray, UMass basketball will need the experience of Noah Fernandes to lead this team. The minutes he played last year will be beneficial, but Fernandes will need to expand his leadership role. Having played against extremely tough competition in the AAC, Fernandes’s ability to score, change tempo and court vision will be a key for the Minutemen.

In his first year in the A10, Noah was top 10 in 3-point field goal and free-throw percentage and top 15 in 3-pointers per game. While his scoring ability is massive, Fernandes’s biggest asset is his ability to distribute. Noah was top-10 in assists, top 5 in assist to turnover ratio, and to top it off was top 10 in the A10 conference in steals. Replacing the players lost, UMass basketball and Coach McCall restocked and reloaded. Fernandes will control the game, have shooters, and some solid defenders will make the Minutemen a disrupting force in the A10.

With Tre Mitchell being gone, Michael Steadman will have to step up into some pretty big shoes. His experience will be a huge benefit, but Steadman will need some growth this year with a higher level of competition. UMass basketball was led in scoring by its dominant big man Tre Mitchell last year and had a lot of success.

Tre headed to the line after the media timeout!#Flagship 🚩 pic.twitter.com/PVlmD0oMdb

Hoping he can play big, the Minutemen will need to run through him with some solid in and out the game and lane creation by the big man absorbing defenders. While replacing Mitchell is a tall task, the group that Coach McCall brought up should spell on another with varying degrees of talents and abilities.

Minutemen won't quit as TJ Weeks Jr. hits his third from deep on the night, but it's Richmond with the 61-51 lead with 8:54 to go.#Flagship🚩 pic.twitter.com/XKl13m0Nb7

This team, after the first eight players, kind of drops off for UMass basketball. Some returning players did not get very many minutes but can contribute. The incoming transfers are the ones more likely to lead the way for minutes. The Minutemen did not add any incoming freshmen. This team, UMass basketball, has eight guards and six forwards.

Two of these forwards will likely convert to centers or be the big man in Michael Steadman, Dibaji Walker, and potentially Dyondre Dominguez could also flip. With a high turnover, Coach McCall will hope that this team can become a single unit and quickly. The talent is there, but the team does not have carved-out roles and can see many players switching into different roles.

Tough news today, but it doesn't take away from the performance our guys put on last night at Rhode Island.

Check out the highlights from Saturday's victory over our rival!#Flagship🚩 pic.twitter.com/4iOZx2Dnrr

The A-10 will be a tough conference again, and I think if this team is in the top 5 in the conference. UMass basketball only plays these teams away and will help with their resume: Dayton, Richmond, St. Bonaventure, and Davidson. The team will play home-away series with Fordham, George Mason, La Salle, Rhode Island, and Saint Louis. The only team that seems to be a part of the non-conference schedule is North Texas. This team will need some tougher competition to help build this team’s resume.

Projected Finish: 3rd in A10