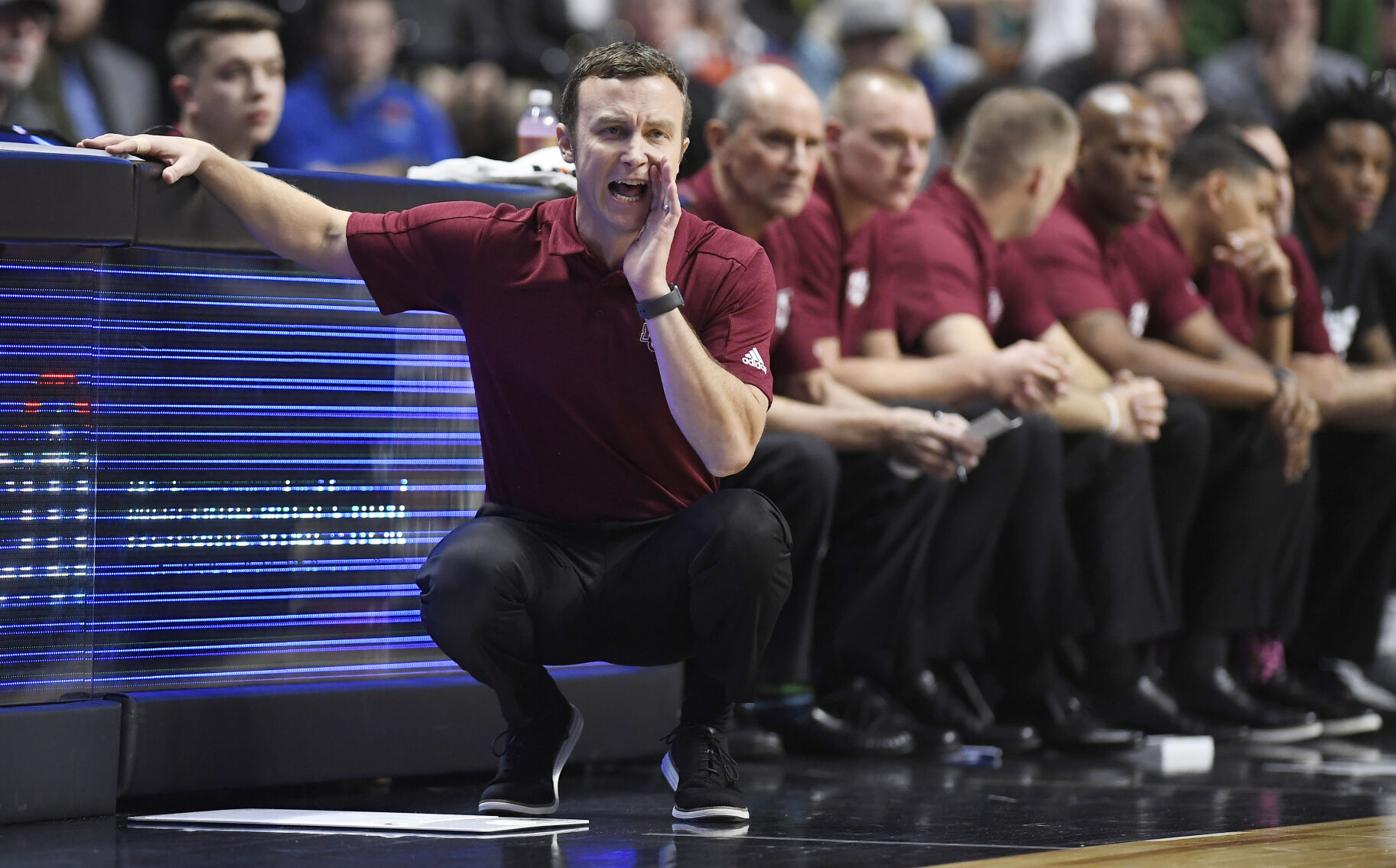 UMass basketball head coach Matt McCall may have a different roster this season, but it will still give the Minutemen a good chance to be near the top of the Atlantic 10.

We are less than a week away from when UMass basketball tips off their season against UMBC.  The Minutemen have a few major opportunities to make a statement this season, including non-conference home games against Penn State and Rutgers.

Over the offseason, head coach Matt McCall compensated for some key losses by digging into an experience-heavy transfer portal. He added veteran scorers such as Rich Kelly (Boston College) and Trent Buttrick (Penn State).

UMass basketball projects among a pack of teams in the middle of the Atlantic 10 with darkhorse tournament ambitions. However, the strengths of the roster lie in different spots than typical McCall teams. A different variation of his system may be emphasized this season.

The Spread Pick and Roll Offense

The pick and roll was introduced in the 1950s to create driving opportunities for pull-up jump shots. McCall’s modernized approach to this concept utilizes spacing to set up open threes. In its most basic principle, three efficient shooters stand off-ball on the perimeter. Then, a screener motions towards the ball-handler, angling his body with the pick. The action run off the screen is based on the ways it could be defended (a hard show, a switch, the opponent simply backing off, etc). Having stretch bigs is a vital aspect of this offense.

Last year, the roster fit the mold perfectly with Ronnie DeGray at the four and Tre Mitchell at the five. They would often make decisions with the ball at the “special spot” (top of the key) — the primary options were to shoot or make a high-low pass to the opposite big. Now, both Mitchell and DeGray transferred to power conference schools and the talent lies in the backcourt.

How does this change McCall’s scheme? We obviously won’t know until it is put into action. But we can look at patterns to develop an educated guess.

This wouldn’t be the first time the spread pick and roll offense has been effective with the point guard as the best player on the court. Let’s look back at McCall as an assistant at Florida under Billy Donovan where they made four consecutive elite eight appearances.

UMass basketball is nowhere near any of those teams in talent, but 2012 featured a similar dilemma. Florida’s three superstars were all in the backcourt, led by a guy you may have heard of before…Bradley Beal. I don’t want to begin to compare the rosters but the point is the concepts can be implemented.

We see a lot more flat screens here (screens between midcourt and the key) in order to free space for the ball-handlers. If he can successfully drive, there’s the option to kick to the wing for an open three, feed the baseline, or take it to the rack. You may also notice the occasional post-up move when the ball gets to the corner.

This could certainly come into fruition at UMass with Noah Fernandes as the quick-twitch ball-handler. Rich and CJ Kelly are knock-down catches and shooters from the wing. As far as the frontcourt goes, Buttrick is the closest there is to the traditional McCall big. However, role players such as Dibaji Walker and Michael Steadman are effective interior scorers in the post.

Obviously, it is no longer 2012 and the game has changed in the last decade. It has become more fast-paced and free-flowing, and McCall is ahead of the curve.

Over time, McCall’s teams have continuously increased the pace. It is certainly a positive sign that they have become more efficient in these quick possessions, especially considering there is little correlation between these two variables in college basketball as a whole.

all being guards, there is no reason to think this trend does not continue. Torvik’s model agrees, projecting the Minutemen to finish 27th in Division 1 in pace this year.

Just because the roster looks different doesn’t mean UMass basketball will take a step back offensively. Good coaches can adapt and McCall certainly has a grasp of making schematic adjustments. Additionally, this team is deeper than last year. There may be growing pains but expect the end product to be more polished and consistent.

Featured image from The Berkshire Eagle