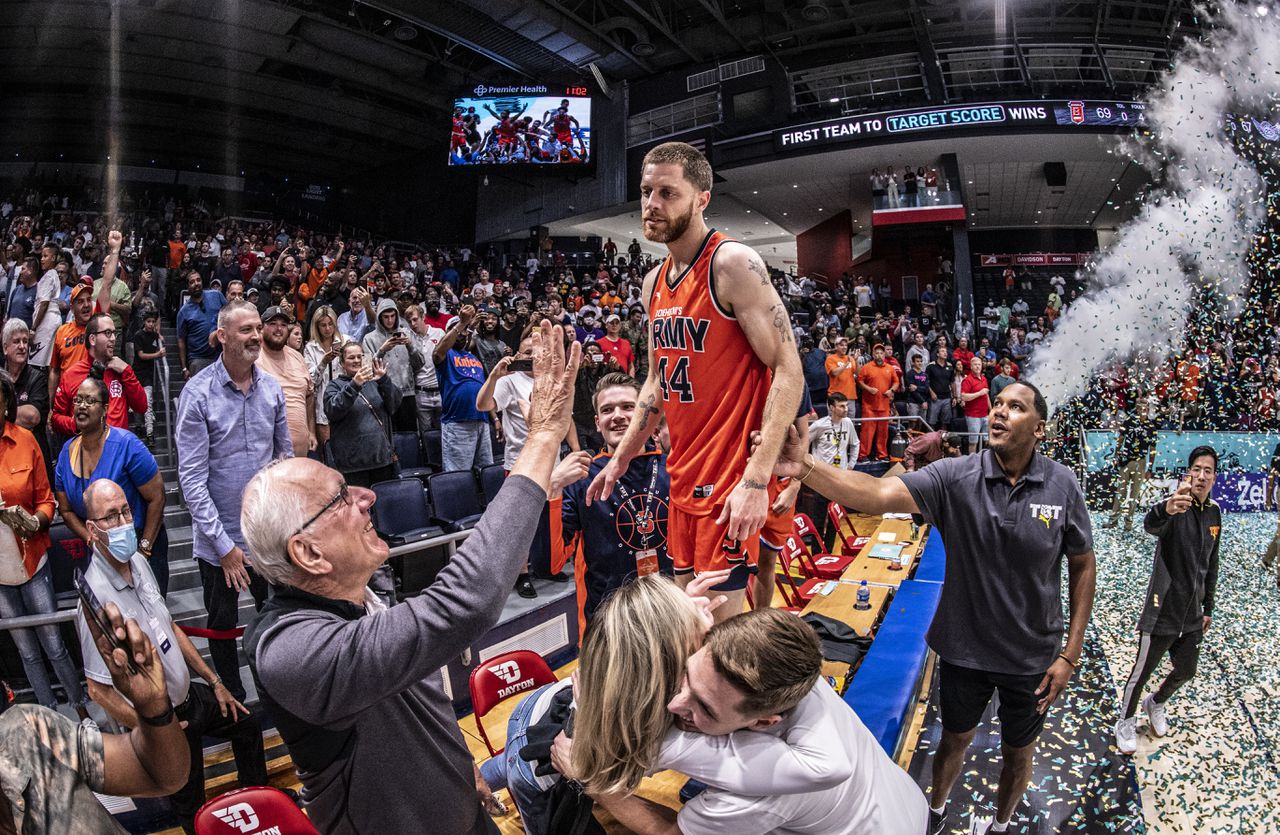 Experts at multiple levels of college basketball give their takes on the prospect of the Elam Ending. Here’s what they say.

Throughout the first three rounds of The Basketball Tournament, the Elam Ending gave way to spectacular endings. Greenberg, a veteran on-air talent for TBT has long been a proponent of it. However, for it to be at the college level in any capacity would be one of, if not the biggest rule change in the history of the sport.

The endings in the quarterfinals of TBT surpassed all expectations. Of the seven quarterfinal contests, four ended with either team having a chance to win at the end. Boeheim’s Army won the 2021 Championship on a three-pointer by Keifer Sykes. If that didn’t drop, Team 23 would have had a chance to win it on the other end.

In the 2021 NCAA Tournament, just one game (Gonzaga versus UCLA) ended on a winning bucket. UCLA also defeated Michigan by one possession, but in an anti-climatic way on free throws.

That last part is what makes the Elam Ending so special. With a target score set, the strategy isn’t to send the opposing team to the line and hope for a miss. Instead, the Elam Ending values efficient offense and shut down defense to secure a win. When it’s a one or two-possession game, the game-winning shot still has the same effect as a buzzer-beater.

Greenberg, a former head coach, re-iterated that from his current broadcasting viewpoint.

“You have found at the end of the game, it keeps the game in a window. The game ends on a made shot,” said Greenberg.

Not all coaches agree.

“It kind of takes away the gamesmanship,” said Radford assistant coach Tim Peete. “It’ll take away guys being able to break records at the college level. Break scoring records, break rebounding records, and things of that record because of the time.”

In the Elam Ending, the clock is set off at the first dead ball under four minutes left. From there, the team ahead can only score a few more points. If the losing team comes from behind down a lot, that’s a different story. However, that’s an extremely rare way for TBT games to end. In a regular game with a clock, 3:30 or 3:45 can result in much more scoring and other statistics.

Peete does agree the Elam Ending creates excitement, but only for trivial type events.

“I would say if we did it, it would have to be in the postseason play like they experiment with certain rules in the NIT,” said Peete.

The NIT has been known to test rules in the past. In 2019, the postseason tournament used experimental rules such as moving the three-point line back to 22 feet, 1.75 inches, and the shot clock resetting to 20 seconds instead of 30 seconds after an offensive rebound.

In 2020 and 2021, both rules were implemented in college basketball.

Testing the Elam Ending in a less meaningful situation would also allow for actual feedback from the entire college basketball landscape. Currently, The Basketball Tournament mostly appeals to fans of alumni teams and the mega fan of the game. It still has a ways to go before the majority of basketball fans are familiar with the rule.

Feedback from the players might side with advancing the game with more rule changes, but not necessarily the Elam Ending.

“(I like) being able to advance the ball after a timeout. I think that allows teams to set up a play to give themselves a chance to win,” said Fox.

Fox also mentioned the possibility of changing the shot clock from 30 to 24 to match the NBA’s model. College basketball recently moved it from 35 to 30, which is still six seconds longer of maximum time per offensive set.

Of course, the NCAA will need to take all of this into long consideration before any rule changes. In the case of the Elam Ending, consulting the NBA and its thoughts about a rule change at the professional level is practical.

Currently, the NBA uses the Elam Ending only for the All-Star Game. Even though this is just a small sample, it’s at least a gesture for college basketball to test it in the NIT or even early-season tournaments.

The fan response may already be on board.

In a recent CBB Review Instagram poll, 30 voters out of 47 (64%) said they would PREFER the Elam Ending over the classic model of playing with a clock.

The resemblance of a game of 21 at the park with the nature of having to win on a made basket in the Elam Ending would connect with all basketball fans out there. Not everyone has played basketball in an organized league, and many more have laced up for a game of 21.

Although fans are important, nothing will ever get passed without major approval from college basketball coaches and players. Peete says rules require basketball players to adapt. However, he says The Basketball Tournament isn’t a great way to compare the Elam Ending and use it in college basketball.

“I don’t think any rule would ever hurt,” said Pete, “We’re basketball players. We’re athletes, just like any other sport. We adapt. We might not like a rule that’s changed, but it’s a rule. So you have to adapt and figure out how to make it work for you.”

However, Peete feels strongly against seriously using the Elam Ending besides in the NIT or other less-meaningful games. “The TBT’s fun, but guys’ jobs are not at stake. When you talk about the college level, a lot of people’s jobs are at stake.”

To Peete’s point, The Basketball Tournament is just that – a fun alumni tournament searching for new ways to potentially give basketball a renovation. In college basketball, players learned the game a certain way and haven’t made it to special alumni status. A rule change that drastic could harm their chances.

Last season, Radford went 5-2 in games decided by two points or less. Had the Elam Ending been in effect, that mark could have been much better, but it also could have been much worse. A 2-5 record in those games could have been the difference between a coach getting fired or earning a second chance. Adapting to a three-point line that’s a few inches further is one thing. Learning an entirely new style of basketball is completely different.

For the people beyond the court, the Elam Ending creates even more exciting finishes.

“You’re at the edge of your seat,” said Greenberg.

That’s because the Elam Ending doesn’t require the occasional buzzer-beater shot to go in. Every close contest will end on a made shot. The rarity of the buzzer-beater would go away, but the clutchness of putting another team away would increase.

If you just let the players handle it, maybe the discussion is too deep.

“I’m always a fan of the new fun thing,” said Fox. “It excites me, excites the fans, and if it’s doing the right job, I don’t see why not.”

One thought on “The Basketball Tournament: Would The Elam Ending Work?”