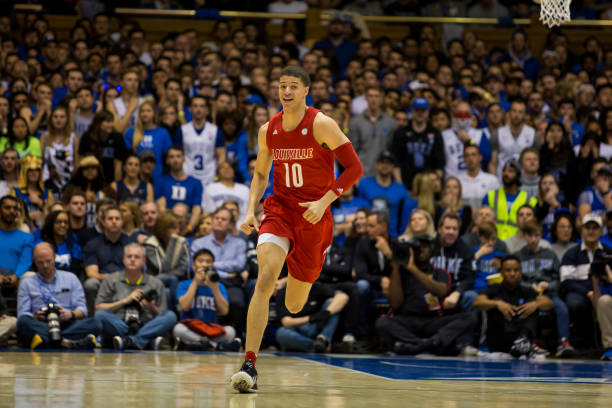 The ACC-Big Ten Challenge games got announced. We quickly go through each game with way-too-early predictions.

Mat: Ohio State still has two of the most important decisions to be made in E.J. Liddell and Duane Washington Jr. In the unlikely event that they both return, the Buckeyes will be a top ten team to start the season. Duke meanwhile, will once again rely heavily on incoming freshmen. It’ll also be unclear how distracting it may be given all the attention due to Mike Krzyzewski during his last season in Durham. With that being said, Coach K often wins these types of games.

Sam: Both E.J. Liddell and Duane Washington Jr. have declared for the NBA Draft while maintaining their eligibility. As of now, neither has announced a plan to stay nor come back. The likelihood that both returns are slim, especially since Washington completed his degree. However, Liddell can return, which would make the Buckeyes a top ten team in 2022. However, Duke brings in an elite recruiting class as always, and they will do all they can to give Coach K a final ACC-Big Ten Challenge win.

Mat: Leonard Hamilton will look rebound after an iffy season in 2020-21. He’ll have plenty of help with RayQuan Evans returning for a fifth and final season of eligibility. But Purdue can easily counter with Zach Edey and Trevion Williams, making perhaps the top frontcourt in college hoops. I’ll take that any day of the week and ride a Boiler Ball win.

Sam: Florida State is always well-coached and makes opponents uncomfortable with fast pace and athleticism. However, Purdue is well-groomed and has a lot of returning talent. Zach Edey and Trevion Williams can be the best frontcourt in all of college basketball. Although Florida State has some athletic big men, they are not nearly good enough defenders to slow that duo.

Mat: Michigan should once again be a top player in the Big Ten, especially if Hunter Dickinson comes back. Even with the players they’re set to lose, North Carolina’s coaching change from a legend in Roy Williams will come with plenty of questions.

Sam: Michigan brings in two 5-stars and three 4-stars in its 2021 recruiting class. Juwon Howard has proven he is among the top coaches in the elite Big Ten. Roy Williams is out, UNC has a new coach. If Hunter Dickinson returns, this will be an easy win for the Wolverines.

Mat: The Cardinals will be an overlooked team heading into next season, given they didn’t add any high-profile players coming off a so-so year. But they also didn’t lose much and bring back talent in Malik Williams and Samuell Williamson. Tom Izzo will try and follow up a dismal season with an influx of recruits and one of the best transfers in Tyson Walker. The Cardinals have an interesting outlook for the season as a whole, but the Spartans have the upper hand early in the season.

Sam: Michigan State gained one of the most coveted transfers on the market in Tyson Walker, the Northeastern point guard who posted just under 20 points per game a season ago. Adding Max Christie, a five-star sharpshooter does not hurt in the slightest either. However, Louisville improved their roster, adding Noah Locke and Jarrod West. They have a lot of remaining talent in Malik Williams and Samuell Williamson. Due to the brief introduction to power five basketball, these Spartans will have before the challenge begins, Louisville has the edge.

Mat: The Orange will likely have the ACC Preseason Player of the Year in Buddy Boeheim. But he isn’t the only option, as plenty of offensive weapons surround Boeheim. Newly named Hoosiers coach Mike Woodson will have a few months to prepare for the 2-3 zone, which still might not be enough time. Just don’t remind Syracuse fans of a certain game…

Sam: Trayce Jackson-Davis is back for his third season and is poised to take over the Big Ten. He posted 19.1 points per game in his sophomore campaign, and with added teammate Xavier Johnson, TJD will have less defensive attention. Buddy Boeheim and Joe Girard are back for the Orange, though, and Syracuse was finally putting things together at the end of the year. Jim Boeheim also brings in his other son, Jimmy. How can a team face off with three Boeheims at once and expect to win?

Mat: Iowa basketball loses Luka Garza. When any team loses a player of his caliber, the season thereafter is never an easy one. Meanwhile, the Cavaliers will have one of their biggest rebuilding seasons in recent time. Even then, Tony Bennett has more players to begin the season.

Sam: Everyone seems to know Iowa basketball for Luka Garza, and well-deserving. He has dominated college basketball for two years in a row. However, Iowa has a lot of great role players that complimented the reigning Player of the Year, and they can step up to be primary scorers. Virginia lost a lot of talent, including 7’1″ Jay Huff. However, the additions of Armaan Franklin and Jayden Gardner will help them out on offense. With that being said, the bench is very thin for Virginia, and Kihei Clark needs to return to form before they become the favorite in this game.

Mat: Illinois loses the most electrifying player in college basketball in Ayo Dosunmu. Regardless of anyone else returning or leaving, that’s a hard one to replace. The Irish have been slowly improving and will have a chance for an early-season quality win.

Sam: There is some thought that Kofi Cockburn will return to Illinois this season. Although unlikely, that would put the Fighting Illini at the top of college basketball for the second straight year. Without him, they still have Andre Curbello and Trent Frazier. Illinois is here to stay and will have no problem with Notre Dame.

Mat: This game might just boil down to the impact of Keve Aluma. Maryland is also headed for a down year, and while Virginia Tech isn’t looking at a historical season, they do have the clear edge inside.

Sam: Keve Aluma dominated the ACC last season, and is back for more. Maryland is playing small ball next season, which does not bode well for a potential ACC player of the year.

Mat: Moses Wright was quite unguardable in the paint last season. Because of that, the Yellow Jackets might need a few games under their belt before turning the season completely around. The Badgers will also be a bubble team but should have enough to pick up a win in this one.

Sam: As simple as it sounds, this game, and potentially Georgia Tech’s season success, relies on whether or not Josè Alvarado returns for his senior year. Although he has yet to decide, a draft selection is unlikely, and it is very possible he will return to GT for another fantastic year on both sides of the ball. Moses Wright will be sorely missed, as he was the Yellow Jacket’s best player, but Alvarado was arguably the most important player to a team’s success in the country.

Mat: Clemson will be without some of its best players in Aamir Simms and Clyde Trapp, among others. Rutgers however has a chance to return Ron Harper Jr., among others. If that’s the case, they’ll win this by a mile.

Sam: Ron Harper Jr., Caleb McConnell, and Cliff Omoruyi could all return for the Scarlet Knights, who made their first NCAA tournament this century a season ago. Steve Pikiell has done an incredible job in New Brunswick, bringing Rutgers basketball to a competitive level for the first time in a long time. If they get their three stars back, Rutgers will have no problem with Clemson, who loses Aamir Simms.

Mat: Pitt is gone one of the best players in the ACC last season and will likely have a tough time getting past him this quickly. The Gophers bring in Parker Fox, who will try to show his worth on the Division 1 level this season.

Sam: With no Justin Champagnie it is hard to imagine Pitt winning anything this year. Not to mention, Xavier Johnson has also departed. Pitt is left with little returning talent. Minnesota has almost all newcomers, but a name to remember is Parker Fox, who averaged 22.3 points per game and 10 boards for Nothern State last season.

Mat: Miami has as much to replace as any team in the ACC and that’s coming from a team that finished right near the bottom. Penn State also loses a few scorers but had one of the deepest teams in the country last season. It’ll just be up to whoever steps up.

Sam: Miami loses Isaiah Wong, Chris Lykes, and Kameron McGusty, their three top scorers from last season. Wong and McGusty could return for their last season, which seems likely, as their interest is not high. Penn State loses its top three scorers as well, however to the transfer market. This will be a matchup of the bottom of the league teams.

Mat: Northwestern had troubles in the Big Ten last season and it won’t get any easier after losing a few of it’s main scorers. Meanwhile, Steve Forbes enters year one in Winston Salem. I’ll take the former East Tennessee State coach in this one.

Sam: In a matchup between two teams that looked to be taking steps in the right direction, Wake Forest has had a much better offseason than the Wildcats. Northwestern lost its two top scorers, while Wake Forest added five transfers and two recruits. Steve Forbes has a great future in Winston Salem, and although it may not be postseason success this year, this game should fall in favor of the Demon Deacons.

Mat: It’s just hard to give Nebraska basketball any winning prediction before I see it with my own eyes. NC State also finished the season strong, winning five of its last six games.

Sam: NC State loses a lot of talent in DJ Funderburk and Braxton Beverly, but adds Casey Morsell, Greg Gantt, and three top 90 recruits, including 4-star pickup Breon Pass. Any early-season mishaps will not have an effect on this game for the Wolfpack, facing a bottom of the Big Ten team in Nebraska.