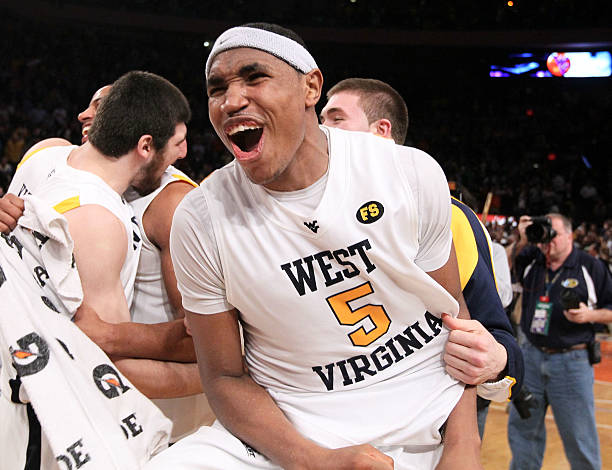 Best Virginia is back in The Basketball Tournament for another try at a million dollars. This time, they’ve got a whole region behind them.

West Virginia basketball has put together plenty of exciting moments over the years. That includes a Final Four in 2010 and two of the players from that roster will represent the Mountaineers on this alumni team. John Flowers and Kevin Jones will look to apply that tournament experience to The Basketball Tournament this summer.

Jones looks to be a go-to option for Best Virginia. He averaged nearly 20 points per game during his senior season in Morgantown. Joining him as other key options on the floor will be another scorer in Juwan Staten and young big man Sagaba Konate. Fan-favorite Chase Harler will also be on the team.

In 2019, Best Virginia won a game as a 4-seed in an eight-team region before being upended in the Round of 32 by an eventual Final Four team in Overseas Elite. Last summer they were replaced due to a positive COVID-19 test.

This year, they look to ride a roster of eleven players with all sorts of experience even further. They also have one of the best coaching staff in TBT, with a special name many Big East fans will remember.

It wouldn’t appear that Best Virginia would need to add any more players. They have a good group of Mountaineers from all different stages, and with Konate down low, could dominate the boards. Tarik Phillip is another young player that can facilitate.

Experience matters in The Basketball Tournament and given they played in 2019, Best Virginia should have an edge. They’ve also been given a 2-seed, so analysts see something in them that could result in a long run in this tournament.