Chase Harler, Old Gold and Blue from head to toe 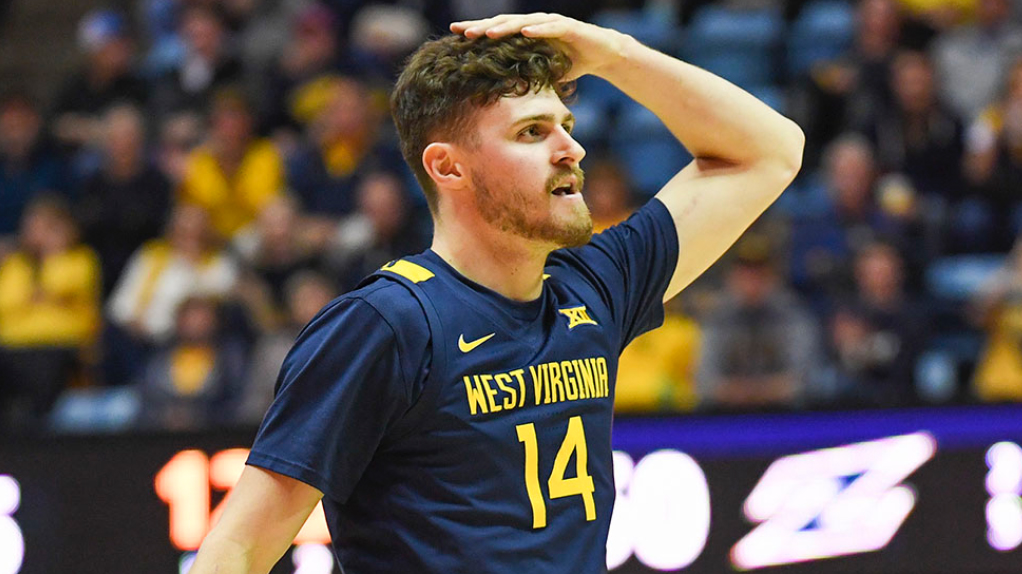 Chase Harler has always had West Virginia basketball in his blood.

The Wheeling Central High School prospect grew up roughly an hour from Morgantown, the home of the Mountaineers.  He said this meant going to many basketball games with his father, which added to his support of the team.  And it wasn’t a far fetched dream either.  Harler, who was a two-time West Virginia Gatorade Boys Basketball Player of the Year, averaged an astounding 24.4 points per game to go along with 6.7 rebounds per game, according to wvusports.com.  These numbers surely could have translated to a lot of basketball programs where Harler could have started right away.  But his eyes had always been set on playing for the West Virginia Mountaineers, where he could represent his favorite school and his state.

Looking back throughout the four years, Harler admitted his expectations of collegiate ball were quickly matched and then some.  He told me he had heard that Coach Bog Huggins’ practices were challenging, but wasn’t truly prepared for how grueling they really were.

“I wasn’t really playing a lot for my Freshman year.  Wasn’t really playing a lot my sophomore year,” Harler said.  “Getting the opportunity to play more my junior and senior years, I’m proud of myself for sticking it out.  There’s plenty of times I could’ve left or transferred, and that would’ve been a lot easier, but I’m really proud of myself for getting through those tough times.”

West Virginia fans should be proud of him for those decisions too.  Harler became a constant rotation player for his junior season in 2018-19, where he averaged 5.4 points per game, according to basketball-reference.  In 2019-20, his average dipped to 4.4 ppg, but he remained a key rotation player, averaging just over 16 minutes of action per game.

Harler’s play fit in well on a West Virginia team that had a lot of positives this past season.  The Mountaineers finished with a 21-10 record, reaching as high as 12th in the AP Poll on both January 13 and January 27.  While they slipped a bit down the stretch, losing six of their last nine, they did close out the regular season with an impressive 76 to 64 victory over fourth ranked and 1-seed hopeful, Baylor.  Harler started that game, which was senior night in the WVU Coliseum, contributing a rebound an an assist in seventeen minutes of play.  While he didn’t have the type of shooting night he envisioned, going 0-for-3 from the floor, he did secure perhaps the biggest win in all his four-years at West Virginia.

During the pregame senior day ceremony, Harler proposed to his longtime girlfriend and high-school sweetheart.  The proposal, which was accompanied by a standing ovation from the Mountaineer faithful, was actually an idea Harler had for quite some time.

“Freshman year of college I told a couple of my friends I wanted to propose on senior day and I’m pretty sure they just laughed it off,” Harler recalled.  “That idea definitely stuck in my mind over the four years. During my career there’s been a lot of highs and a lot of lows and she’s stuck with me through that and I thought it’d be very, very special.”

Once Coach Huggins was on board, Harler decided to go through with the plan.

“The whole coaching staff obviously knew, my teammates knew, my barber knew, everyone knew,” Harler said, laughing.  “And somehow she didn’t, and that’s why it was even more special.”

So while Harler listed West Virginia’s two ‘Sweet 16’ appearances and winning the 2019 Cancun Challenge as some of his highlights in four years, his proposal surely topped it all, and really sums up who he is as a person.

As he mentioned before, what he’s most proud of over the past four years as a West Virginia basketball player is his commitment.  There were times where he could’ve transferred to a different school for more playing time.  He didn’t have to work his tail off in practice, but it payed off and got him much deserved playing time, and helped West Virginia win many games.

In eighth grade Harler met his future wife.  He saw something different about her that was special to him, and now the two are happily engaged after his proposal which went viral.

That same eighth grader, who grew up a West Virginia basketball fan, fulfilled his lifelong dream to play for the Mountaineers, and is now a very proud alumni.

Over the course of his four years, Harler recalls many big time shots he hit and victories his team earned.  However, as Harler explained, “I think the biggest thing for me is being from West Virginia and how much pride I took from wearing that jersey.”