March Madness: Gonzaga Basketball Defeats Oklahoma in Round of 32 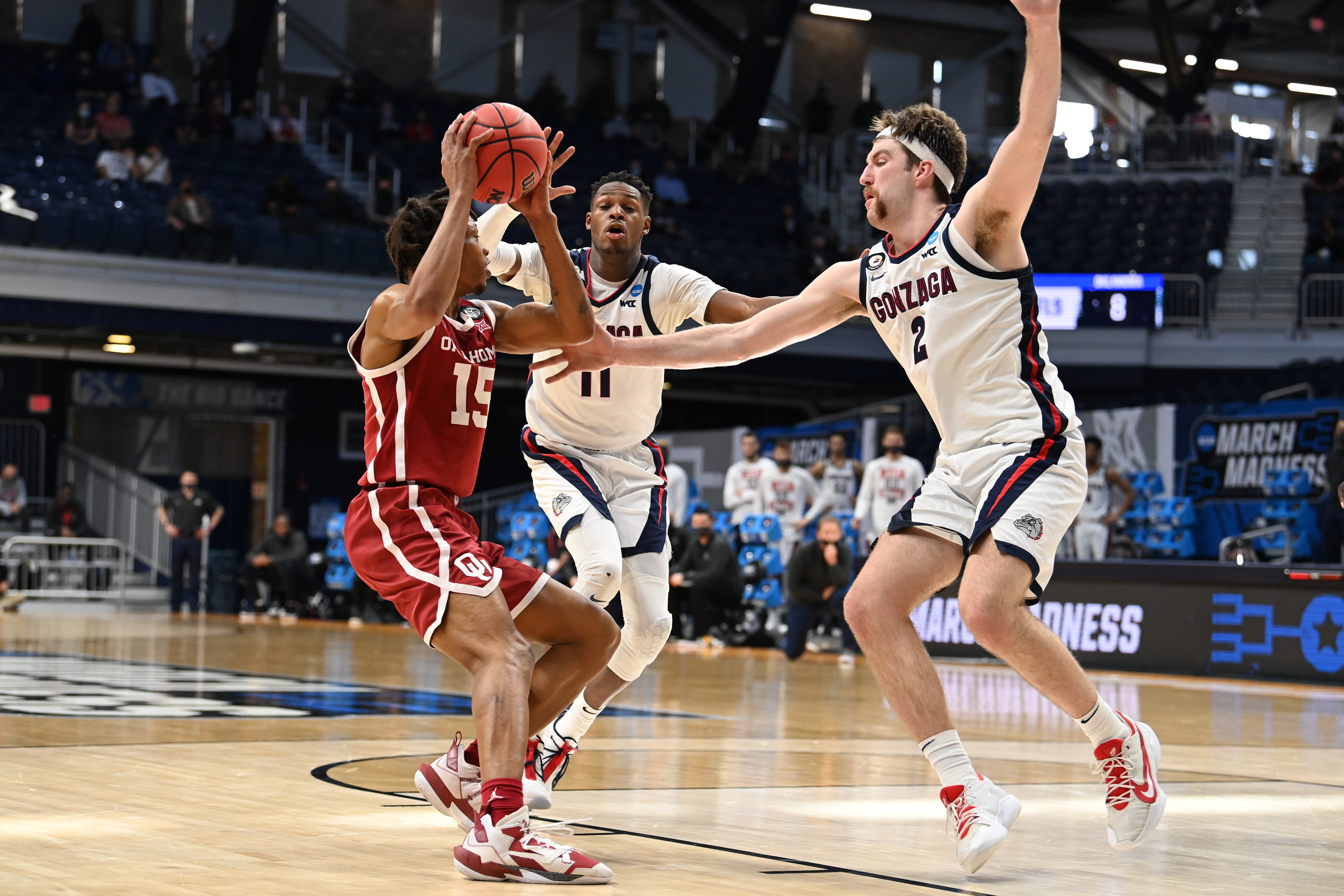 Gonzaga basketball once again moves on to the Sweet 16 with a dominating performance.

Oklahoma played about as tough as they could and yet they were still no match for the top-seeded Bulldogs. Gonzaga basketball moves onto their sixth straight Sweet 16 with a dominating 87-71 victory.

Oklahoma was led by Austin Reaves who finished with 27 points on 11-of-17 shooting from the field. Alondes Williams added 16 points and Jalen Hill finished with 11 points. Oklahoma as a team shot over 50% from the field and held the Bulldogs below 50% but still was unable to complete the upset.

1) Can Anyone Stop the Zags?

Oklahoma started out hot and continued it throughout the game taking an eight point lead before the first media timeout of the game. Oklahoma shot better from the field and held Gonzaga to only 49% shooing for the game 6% lower than their season average. Gonzaga basketball didn’t shoot extremely well from outside making eight 3-point baskets shooting 36% for the game, but it didn’t matter. After falling behind early, the Bulldogs quickly built a 10 point lead and held onto it despite going over three minutes in the second half without a basket. Gonzaga did not play as well as they are capable of, yet they looked as if they completely dominated the game. Gonzaga has shown this year that they have everything it takes to win. Lon Kreuger admitted in the postgame press conference that Gonzaga is “good, a really really good team, they are a special team.” Gonzaga may not be able to be caught this year and it isn’t a surprise.

Gonzaga took 26 free throws against Oklahoma. As a team, Oklahoma does a good job not fouling in games only sending their opponents to the free throw line round ten times a game. Oklahoma took 12 free throws today against the 23 made free throws for Gonzaga basketball. The Bulldogs forced the issue putting pressure on Oklahoma’s defense. The Bulldogs moved the ball around the horn placing Oklahoma at a disadvantage allowing Gonzaga’s offense to get to the rim. They were also able to drive to the basket off of ball screens and taking their man off the dribble. More importantly, when they attacked the basket they did so with the intention to score. They didn’t seek out contact they sought out the basket which often led to fouls being scored.

Today, against Oklahoma, it was Drew Timme. In their first round game against Norfolk State, it was Corey Kispert. Throughout the season it’s been Jalen Suggs, or Joel Ayayi, or even Andrew Nembhard. Anton Watson and Aaron Cook can step up. The Bulldogs have a roster that seems to be unstoppable. They have a roster that will force their opponents to pick their poison. Who do you choose to focus on? What is possibly the game plan against Gonzaga?

One thought on “March Madness: Gonzaga Basketball Defeats Oklahoma in Round of 32”