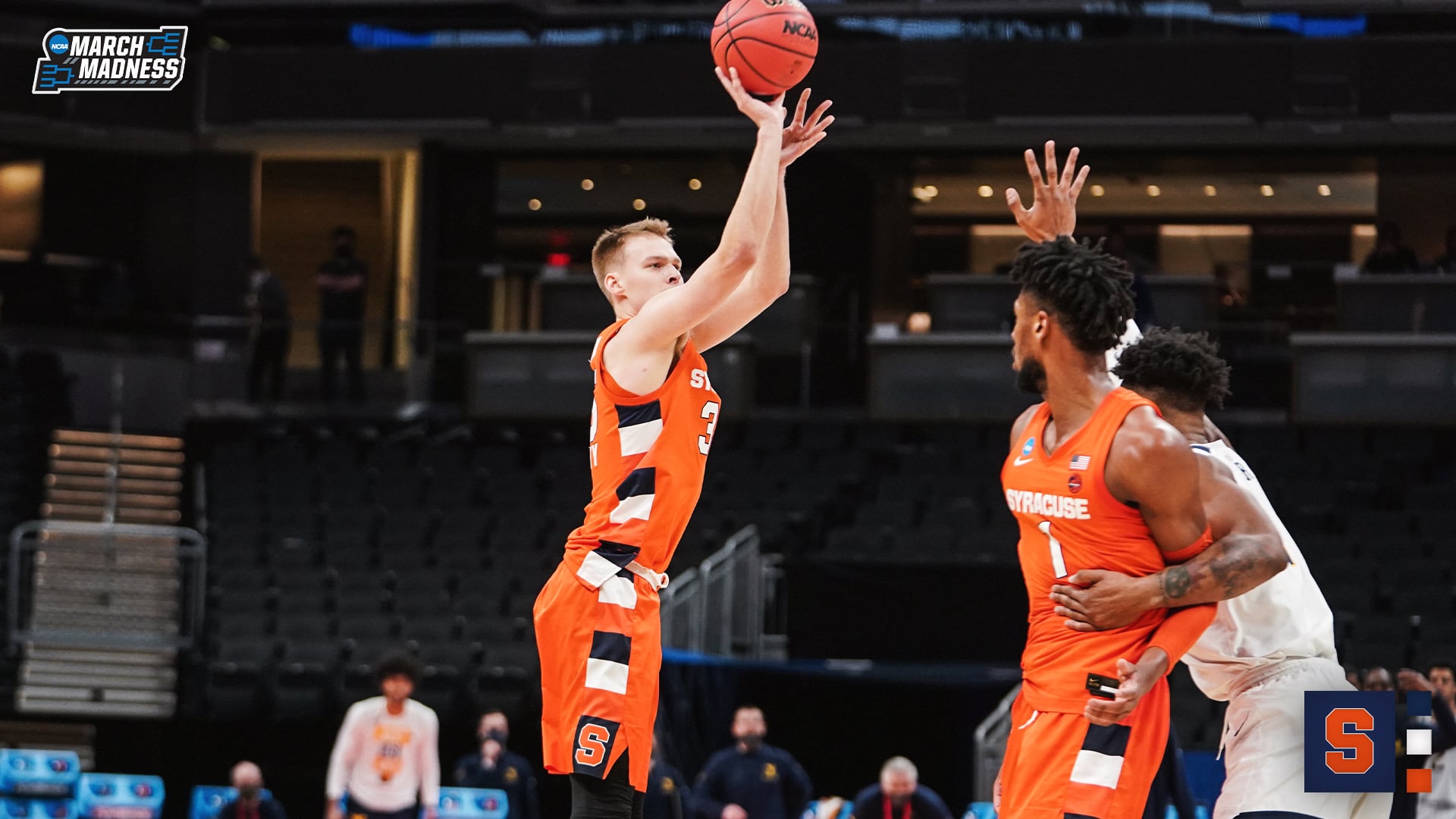 We March on. 🍊#Sweet16 pic.twitter.com/mHaHtwqCqI

The rivalry between Syracuse basketball and West Virginia dates back to being Big East members back in the 1980s and 1990s. They’ve played many important games over the years. This was their 50th all-time meeting, yet first in the NCAA Tournament. That gave this encounter more significant meaning. The winner saw its season continue. The loser was headed home from Indianapolis long before they had planned to exit stage left.

⚠️ Buddy drains both from the stripe ⚠️

Syracuse basketball built a six-point halftime lead over West Virginia, despite only getting three points from star shooter Buddy Boeheim. The second half was a different story. Boeheim tallied 22 points en route to his game-high 25 points. He made six three-pointers. Boeheim had 30 in the Orange’s opening-round win over San Diego State. His 55 points in the first two games trail only Gary Clark (60 in 1957) and Gerry McNamara (56 in 2004) in Syracuse history.

Playing from in front is paramount in March Madness. Syracuse did that, getting off to a strong start in its win over West Virginia. The Orange jumped out to an 11-2 lead courtesy of a Boeheim three and a pair of long-distance shots from Joe Girard. After West Virginia’s Emmett Matthews brought the Mountaineers within 17-10, Syracuse went on a 7-0 run to take a 24-10 lead. That strong start wound up being important in the long run.

One of the last at-large selections hasn’t fazed Syracuse. The win allowed the Orange to claim their 20th Sweet 16 berth in Jim Boeheim’s tenure. This is the third such run in the last five years for the Orange. In 2018, they were one of the last four teams selected before beating Arizona State, TCU, and Michigan State to get to the Sweet 16. Five years ago in 2016, Syracuse was a 10-seed but sent Dayton, Middle Tennessee, Gonzaga, and Virginia packing to reach the Final Four.

Syracuse will look to reach the Elite Eight but must get past two-seed Houston, who rallied for a 63-60 win over Rutgers.  That game will be played on Saturday, March 27.