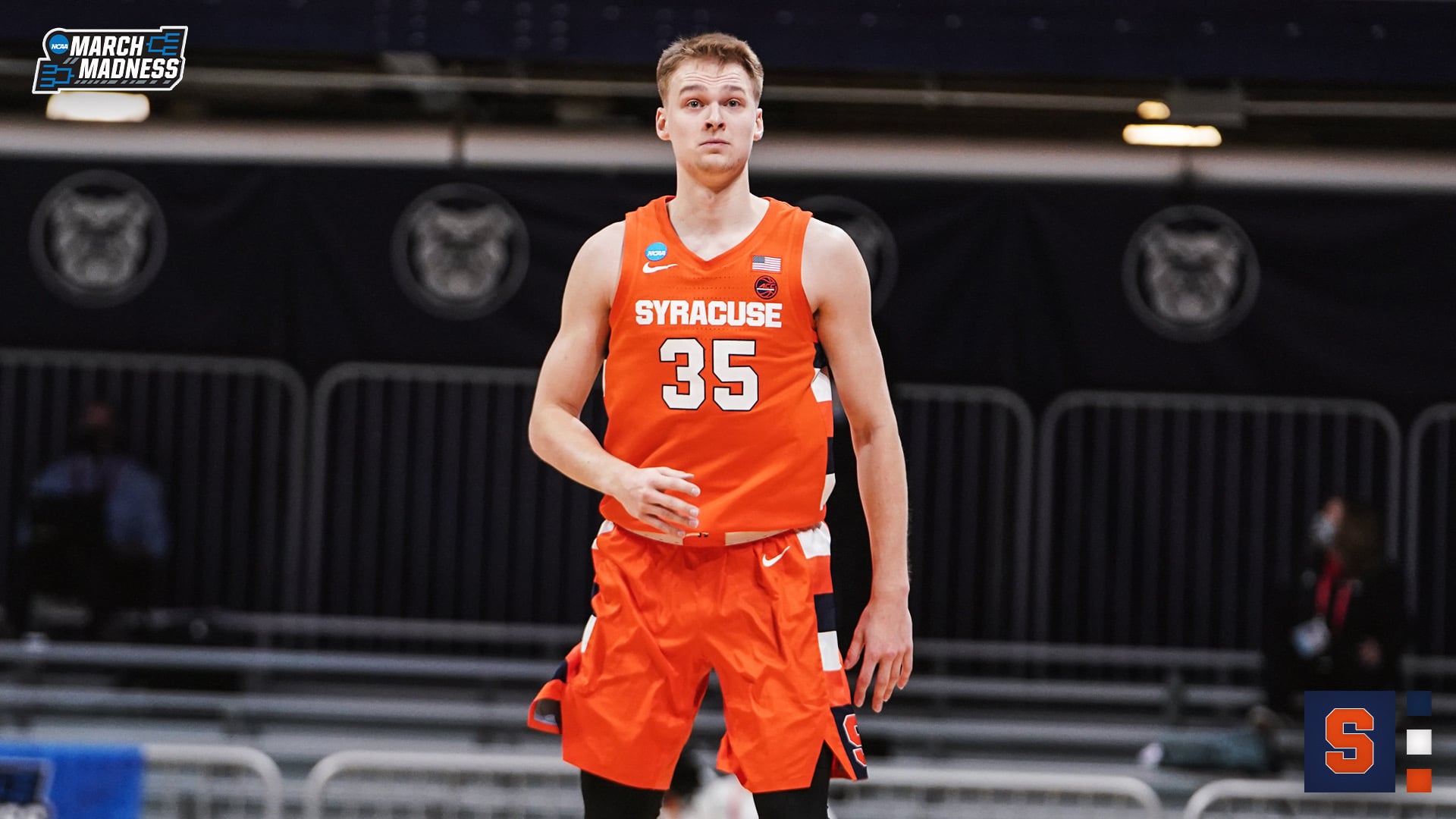 March Madness has been a wild ride, turning out to be worth the two-year wait. The day started off with the biggest upset, with Oral Roberts taking down Ohio State. We also had North Texas toppling Purdue in the first evening session. Syracuse basketball took its turn, knocking out Mountain West champ San Diego State 78-62 for an 11-6 upset. As always, many thought the Orange may not have deserved to get into the field, but they once again showed why they are so dangerous. Buddy Boeheim went off for Syracuse, dropping 30 points.

1) Boeheim does it again

Jim Boeheim isn’t one of the best coaches in college basketball history for no reason. He has been to 35 March Madness events, including five Final Four appearances and one National Championship, coming back in 2003. In other words, the 2021 NCAA Tournament isn’t his first rodeo. Despite Syracuse’s recent tendency to live life on the bubble for Selection Sunday, the Orange have also had a tendency to win a few games after barely making the field. Friday night was no different, and while Boeheim senior is still coaching on the sidelines, it was Boeheim junior that stole the show.

Buddy Boeheim, the coaches’ son, showed just why he has been the best player for Syracuse this season. He was hot early on, scoring nine of the team’s first 12 points, and he was just getting started. For as good as San Diego State had been defensively this season, they seemed to have no answer for Buddy. He finished 11-15 from the field, including 7-10 from deep, where he is most dangerous. His night is summed up best from the ridiculous three he nailed from the logo with just over six minutes left and the Orange up 24. This father-son duo makes Syracuse a threat to make a run once more.

San Diego State had a phenomenal season, shaking off a sweep at the hands of fellow Mountain West tournament team Utah State back in January to reel off 14 straight wins before Friday night. The Aztecs had played on the strength of their defense, something that has been the calling card of the program for over a decade. However, it was the offense of SDSU that let them down on the March Madness stage.

The first half spelled disaster for the Aztecs. They traded blows with the Orange for the first ten minutes of the game, but went cold for the final ten, being stuck on 18 points the rest of the way. Meanwhile, Syracuse kept hitting shots on their end to build a 32-18 halftime advantage. They did put up 44 second-half points, but the damage had already been done. It’s one bad performance in a season full of good ones, but in March, that’s all it takes. It’s now been two seasons of heartbreak for Aztecs fans, with last year’s magical team not getting a shot in the NCAA Tournament, and now this year’s group bowing out after the Round of 64.

3) Be wary of the offensive glass

For as good as everything went for Syracuse last night, they still let San Diego State grab 15 offensive rebounds. It is something that has plagued this group all season, and they were a bit lucky that giving up so many in this game didn’t cause more problems for them. The bottom line is that the Orange were hitting their shots, which is exactly how they are going to win their games. They don’t necessarily have the size to keep teams off the glass.

Syracuse will face West Virginia in the second round, and they will once again be tested on the boards, with the Mountaineers grabbing 13.3 offensive rebounds per game. That puts WVU at ninth in the country in that category.  However, the Orange were always going to go as far as the Boeheim tandem could take them, so we’ll see if they are enough to lead them to another upset on Sunday.

Ranking the Top College Basketball Coaches in the 2021 Elite 8