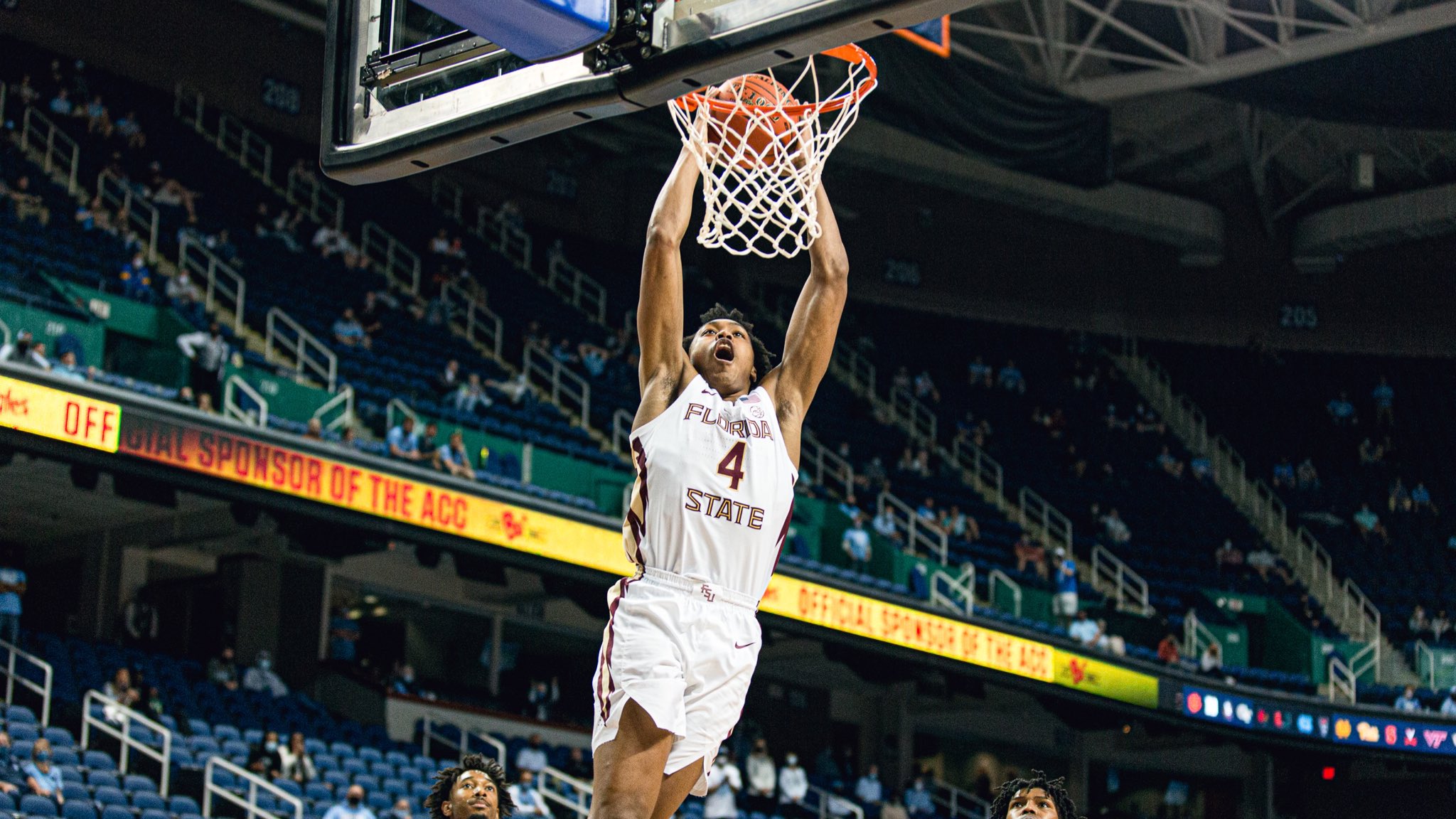 March Madness continued with the first round on Saturday, with Florida State basketball holding off UNC Greensboro.

March Madness hit the accelerator yesterday, with the first day of the first round filled with excitement. However, it was time for the other 32 teams to get their chance to play. Florida State basketball and UNC Greensboro matched up in a 4-13 game in the East Region. The Seminoles held off the Spartans 64-54 to advance to the second round, while the Southern Conference’s champion ends their season. RaiQuan Gray had 17 points for Florida State, while Balsa Koprivica added 13 points and 11 points. Isaiah Miller led UNCG with 17 points.

Florida State won their first 2021 March Madness contest because of their post presence. The Seminoles scored 44 of their 64 points inside, with 14 more coming from the free-throw line due to their insistence on getting the ball inside. The game plan was obvious early on, with Florida State making a concerted effort to drive the lane. They knew they had a hefty overall size advantage on UNC Greensboro, and they wanted to exploit that as much as possible.

It wasn’t just on the offensive end that Florida State was using their size either. They held the Spartans to just seven points over the game’s first 12 and a half minutes. They were using their length to disrupt passing lanes and keep everything around the perimeter. Florida State finished with six blocks on the day, with multiple guys crashing on anyone who did find their way into the post. The Seminoles played to their match-up advantage to get the job done.

For most of the first half, it looked like UNC Greensboro might be on their way to getting run out of the gym. However, over the half’s final six and a half minutes, a switch seemed to flip after head coach Wes Miller called a timeout. The Spartans found their offensive rhythm while also picking up their defensive identity. They went on a 19-6 run over that stretch to climb within three at the break with the score sitting at 29-26.

The story was the same to start the second half. After Keyshaun Langley hit a three right off the bat to tie the game at 29-29, Florida State went on a 12-0 run to push their lead to double-digits once again. The cold starts to both halves dug holes that the Spartans spent a lot of time having to dig out of. Miller and Langley were the offensive sparks for this group today, but every time UNCG got within a few points, they couldn’t get over the hump. The Spartans represented the Southern Conference well, but leave March Madness empty-handed.

For everything the Seminoles did well today, the one blemish is their shooting from deep. Florida State went 0-9 from beyond the arc, and seemed to have scrapped shooting from deep entirely in the second half, taking just one attempt. Obviously, the Seminoles didn’t need it to win the game today, but it’s not something that’s going to build confidence in their shooting abilities. The big hope is that this game will allow them to shake off the shooting rust.

This game may just be an abnormality, as the Seminoles shoot 39 percent as a team on the season. That is eighth-best in the country. However, there is always the fear that playing in an unfamiliar gym can cause shooting issues. The Seminoles played good enough today to throw away the stat sheet and put the subpar three-point shooting behind them. Going forward, though, they are going to need to play a more complete game to defeat better competition in future rounds.