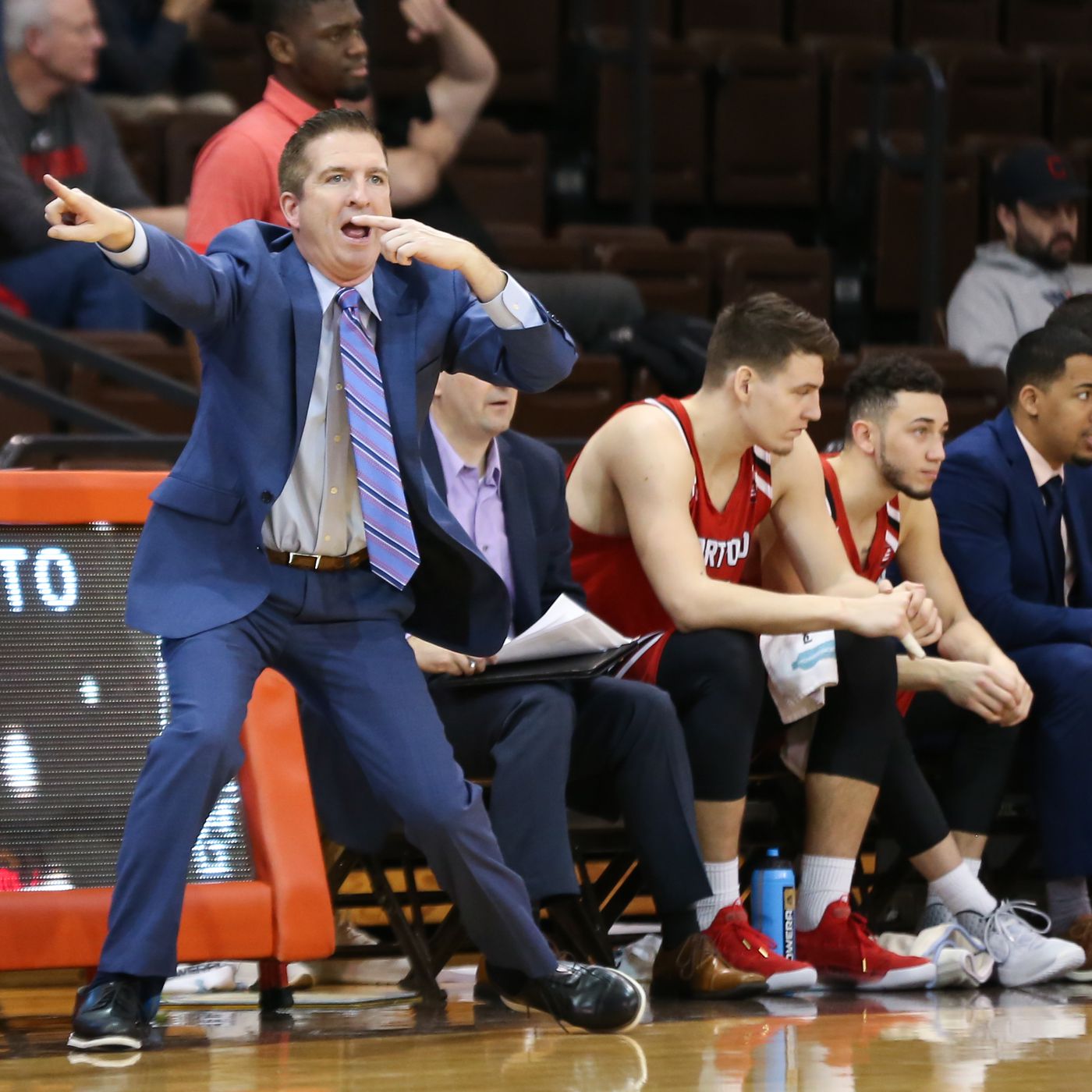 Hartford basketball will compete in the program’s first-ever NCAA Tournament this year. Head coach John Gallagher can be attributed to this accomplishment.

You can take Hartford basketball off the list of teams that have never done it because now the Hawks have done it. ‘Done it’ of course refers to the biggest accomplishment for an NCAA basketball program – making the field of 68 in the NCAA Tournament.

The Hawks earned a 16-seed in the 2021 ‘Big Dance’ after finishing as America East champs with a conference tournament clinching win over UMass-Lowell, 64-50.

In that game, Hartford basketball was piloted by its two best players – Austin Williams and Traci Carter. Williams finished with a near double-double of 17 points and 8 rebounds. He also turned the River Hawks over three times. Carter, the Hawks’ defensive anchor, poured in a team-leading 19 points and 4 steals while chipping in 4 rebounds and 3 assists. Williams never left the court, and Carter played all but three minutes, leading a young group to the promised land of college basketball.

For coach Gallagher, it was the breakthrough that finally happened after a few years of close calls and disappointments. In 2019, Hartford almost came back from down 26 points to UMBC in the America East semifinals, coming up short in double-overtime. One year later, Gallagher guided the Hawks to the conference finals. That game was never played due to the COVID-19 shutdown.

But Hartford basketball battled back, defeating 9-seed Binghamton, 5-seed Albany, 2-seed Vermont, and then the 6-seed UMass-Lowell in a championship that did get played and sharpied the Hawks name into the 2021 NCAA Tournament with an automatic bid.

“It feels like one year like we really waited for this week, for a year,” Gallagher said, “And when you sit in that mindset, you expect to win. We’re not waiting a year to lose. And you saw it in the way we played and the way we defended.”

The key to Gallagher’s statement there is the way that they defended. In the four games, Hartford played in the 2021 America East Tournament, the Hawks kept their opponents to 65 points or under in three of them. Albany was the only team to shoot over 50% against the Hawks, who outscored them with 83 points to win. In the championship against UMass Lowell, the River Hawks were limited to less than 30% from the field with 14 turnovers.

While Gallagher mentions team defense, he did single out one player in particular who he heralds as the top defender in college basketball.

“Traci Carter is the best defender in the country,” Gallagher said, “I really believe that.”

Carter’s defense has been vital all season long. The sixth-year senior (red-shirted at Marquette once and La Salle once before coming to Hartford in 2019) averages 2.6 steals per game. That’s good for first in the entire conference by almost half a steal a game. In the big landscape? Carter’s 10th in the NCAA and third among players in the NCAA Tournament.

And it isn’t just Carter’s show for the Hartford basketball defense. Austin Williams shut down UMass Lowell star Obadiah Noel to just 15 points on 15 shots in the America East finals. Noel averages a conference-leading 21.4 points per game, so Williams’ shut down defense was simply exceptional. As a team, the Hawks average seven takeaways a game, above-average overall and even better for mid-major teams.

The Hawks are also 10th in the country in defending the three. Opponents have connected on just 28.7% of shots from deep against Hartford basketball. Baylor ranks first in the nation in knocking down threes, with a 41.8% clip.

This defense will be put to the test against the 1-seed Baylor Bears on Friday at 3:30 p.m. The Bears rank third in the country in points per game, so even with the tremendous defenders that Hartford boasts, they will need to be on their A-game and then some to pull off a monstrous upset.

For part of Hartford’s time in Indianapolis, it will be about enjoying the atmosphere. It’s a first for the program, which is already an accomplishment on its own. But Gallagher isn’t exactly stooping down to that mark.

Gallagher said, “We have to stay on that path of having a detail about us and not saying we’re happy to be here. We have to dive in.”

With that attitude, Hartford basketball isn’t backing down from anyone. It’ll start against the best of the best on the biggest stage on Friday.