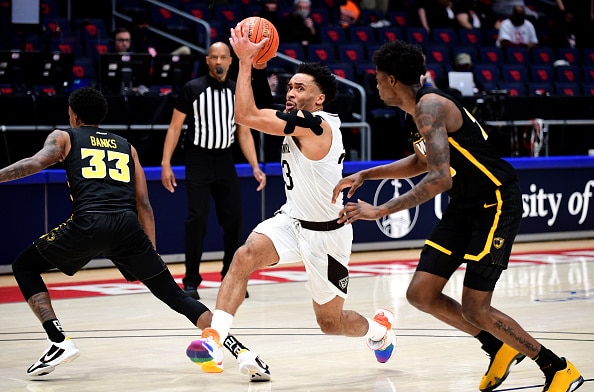 1) Osun Osunniyi is a difference maker

If you’re looking to drive to the basket, expect Osunniyi to send it back. The 9th best shot blocker in terms of blocks per game did it again today, with three more in this game. His paint presence makes it so difficult to get a good shot, and that played a big part today. He also added 14 points on 5-6 shooting and 12 rebounds to the stat line. Osunniyi is such an important player for St. Bonaventure, and if stays out of foul trouble it will be very difficult for their tournament opponents to score points at the basket.

Having multiple possessions is always important for a team’s success. St. Bonaventure got a ton today, with 13 offensive rebounds compared to VCU’s 5. Six of the seven players who played for the Bonnies today had an offensive rebound, and if they can continue crashing the offensive glass then they can win a game or two in the tournament.

3) Can VCU win a game in the tournament?

While it isn’t guaranteed that they make the tournament, as Joe Lunardi has them as a last four bye, it will be interesting to see if this team can win a game. They will be an underdog for sure, most likely an 11 or 12 seed, and they’ll need someone who isn’t Bones Hyland to step up. Hyland, the A10 player of the year will do his part, but the supporting cast needs someone like Vince Williams or Jamir Watkins to step up as well.