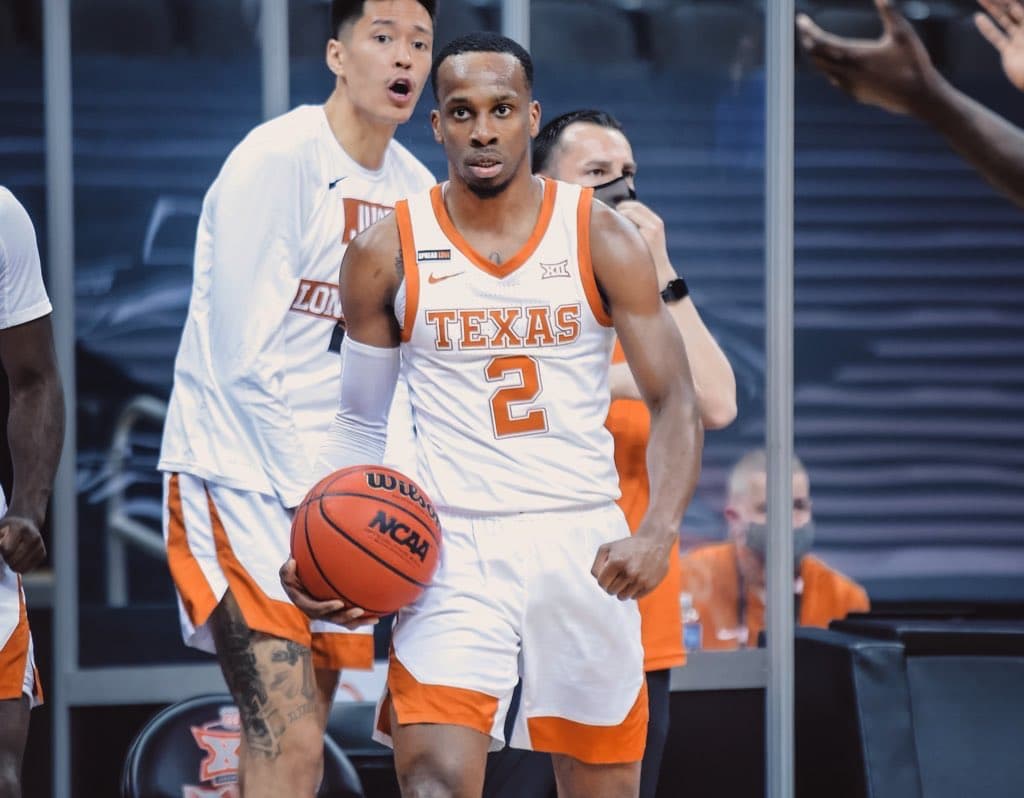 With no surprises in the first round of the Big 12 Tournament, the stage was set for a loaded quadruple-header in the Quarterfinal.

Oklahoma State pulled off a stunning comeback over West Virginia in the first game, Baylor barely edged out heavy underdog Kansas State, Kansas fought off an Oklahoma comeback, and Texas soared back to knock off Texas Tech.

The outcomes of the four games set up a pair of huge semifinal games, with Baylor taking on the surging Oklahoma State Cowboys, and the Texas Longhorns looking to three-peat against Kansas.

Ahead of Friday’s action, here are three takeaways from the Big 12 Tournament Quarterfinals.

1) Baylor could be exposed against Oklahoma State

The Oklahoma State Cowboys continued their meteoric rise on Thursday, coming back from a second-half deficit to upset West Virginia

Avery Anderson played a big role in the game, hitting big shot after big shot down the stretch. Cade Cunningham had 17 points of his own, once again leading the Cowboys down the stretch in a win.

Baylor, however, had a much different day. The Bears came in as 20-point favorites, but couldn’t shake off Kansas State, eventually seeing their lead shrunk to three with under two minutes remaining.

Although Baylor looked like their old selves on Saturday against Texas Tech, the Bears took a step back once again, this time playing down to a bottom-feeding opponent for the second time in a two-week stretch.

This time against a team that is both hot and motivated, Baylor could be in trouble. The Cowboys will certainly look to control the pacing of the game, whereas Baylor should continue to rely on their perimeter offense.

Baylor hasn’t looked pretty as of late, and we’re all still waiting for Cade Cunningham’s exclamation point win. I think the superstar freshman makes his biggest statement yet in the semifinal.

2) No David McCormick, no problem for Kansas

Kansas’ Big-12 Tournament status was in question on Tuesday, as starting center David McCormick was forced to quarantine due to Covid Exposure.

Against an Oklahoma team that has been ice cold of late, the absence of McCormick likely was not going to be much of an issue.

Ironically enough, McCormick wasn’t missed at all, as super senior Mitch Lightfoot was all over the floor in the first half. The Jayhawks defense stifled the Sooners in the first, as Oklahoma entered the final minute of the quarter with just 12 points.

Ochai Agbaji and Jalen Wilson played a pivotal role down the stretch, as Kansas looks even more distant from January’s drought than they did in their win over Baylor.

The absence of McCormick could serve problematic against Texas, as Longhorns center Jericho Sims has hit his stride down the stretch, and will pose a challenge to Lightfoot and the Jayhawks defense.

3) Texas’ next man up mentality has them rolling

The Texas Longhorns had an up-and-down conference play season, experiencing some high highs and some low lows.

Fortunately for Texas, it seems as if the Horns did not peak in December, rather are peaking now.

Texas was finally able to avenge its season sweep at the hands of the Texas Tech Red Raiders, coming back from a double-digit second-half deficit to win.

Sixth man of the year Kai Jones helped facilitate the comeback, scoring 10 points in the second half and making crucial defensive plays.

It was Matt Coleman who won the game for Texas in the final minute, hitting a game-tying layup near the 60-second mark and icing the game with game-tying and game-winning free throws with 1.4 seconds remaining.

In their big wins, a different player or two always steps up to drive the Longhorns to the win. Tonight it was Coleman, last week it was Jericho Sims, and Courtney Ramey the week before.

If Texas can beat Kansas for the third time, they could earn some serious traction and national attention in their second showdown of the season against Baylor in the Championship game.