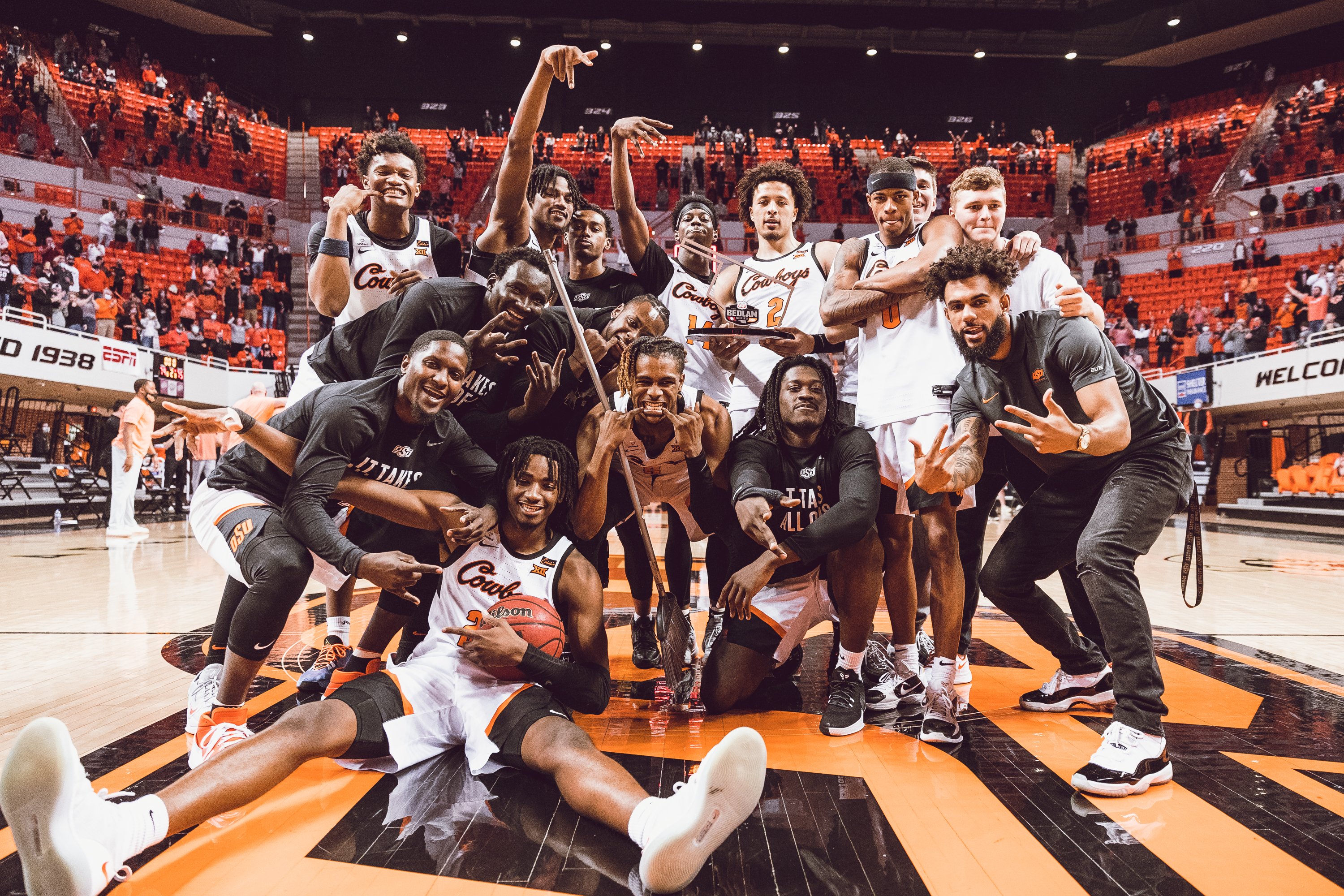 Friday was the perfect storm for the penultimate day of the Big-12 season.

A wild, exciting, up-and-down conference play season came to fruition with the outcomes of both games.

Well, at least the one game with an actual outcome.

The day kicked off with the shocking announcement that Kansas would be forced to forfeit their game against Texas due to a positive COVID-19 test, advancing the Longhorns to the championship game by default.

Perhaps even more shocking was the outcome of the other semifinal game, as Oklahoma State came back from an eight-point second half deficit to upset top-seeded Baylor by nine.

Between Friday’s events and Saturday’s looming championship game, here are our three takeaways from another wild day in the Big 12 Tournament.

The top-ranked recruit in the Class of 2020 has done it all for Oklahoma State this season, winning the Big-12 Player of the Year en route to catapulting his Cowboys to the top of the college basketball world.

Many would have thought that Cunningham’s 40-point performance against Oklahoma two weekends ago was his signature game. In all fairness, from a personal performance standpoint, it was.

However, Friday’s upset of Baylor was easily Cunningham’s signature moment in Stillwater, as the phenom facilitated a furious second-half comeback from the Cowboys.

Between the attention that he drew from the Baylor defense, the clutch three point shots he drained down the stretch, and the free throws to ice the game with under a minute left, Cunningham once again did it all for the Cowboys, leading them to an unlikely trip to the Big-12 Championship.

Ever since their third–and longest–Covid pause in mid-February, the Baylor Bears have struggled to regain the form that made them one of the most formidable teams in the nation.

Considering that the Bears had already blown out the Cowboys twice this season, Friday’s game shouldn’t have been half the challenge that it turned out to be.

The Bears shot horribly from the perimeter, which was their offense’s calling card throughout their one-loss regular season.

Baylor will still be a one seed on Selection Sunday and will still be a favorite to win the National Championship, but their two-game stretch in the Big 12 Tournament is certainly a major cause for concern.

Baylor should regain their form before the Round of 64, and they aren’t quite on upset alert in the first few rounds, but if Scott Drew’s team comes out of the gates looking like they did this week, it’ll be a quick trip to Indiana for Baylor.

Are Texas and Oklahoma State the two best teams in the Big-12? Probably not.

Will they make for a thrilling tournament finale? Absolutely.

Both times these two teams met in the regular season, it went right down to the wire. Texas came back from a second-half deficit to outlast the Cowboys in December, while the Pokes came back from a deficit of their own to upset the Horns in double overtime last month.

If Texas wins, the birds will surely be chirping about the validity of the Horns title considering Kansas’ forfeit. Texas had already beat Kansas twice in the regular season, and without David McCormick, Kansas would’ve likely had a pretty hard time beating the Horns as is.

If Oklahoma State wins, it will be a storybook ending for their most exciting–and perhaps notable–player in program history.

Both squads are dangerous, both are playing their best basketball at the right time, and both teams have something to prove. Sure, it would’ve been cool to see Baylor take on Kansas or Texas, but Saturday’s matchup should make for a thrilling finish to the most entertaining conference in the 2020-21 season.