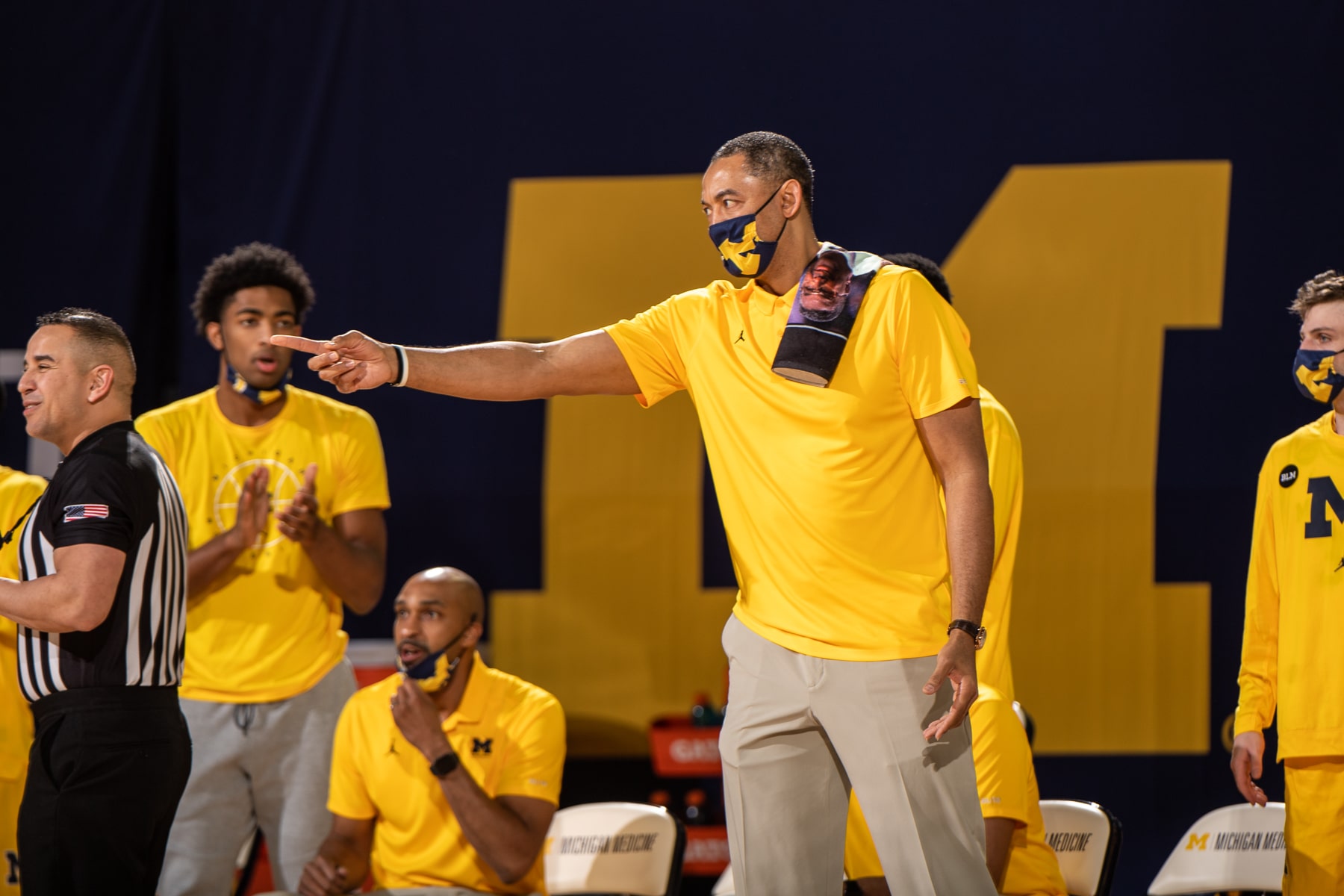 Michigan basketball has been stellar this season. The Wolverines have emerged as the best team in the best league this season, surprising many who were higher on Iowa, Illinois, and Wisconsin. Michigan reaffirmed their status with their best win of the season, defeating Ohio State 92-87. It was the program’s first win in Columbus in seven years. Star freshman Hunter Dickinson was a force once more, leading the team with 22 points and nine rebounds.

Michigan’s win against Ohio State pushes the Wolverines to 16-1 on the season. Their only blemish came at the hands of Minnesota on the road, which is a tough place for anyone to earn a victory. Otherwise, Michigan basketball continues to rise to the occasion in huge games. The Wolverines pushed their record to 10-1 in Quad One and Quad Two games combined, including 6-1 in Q1. Their profile includes sweeps of Wisconsin and Maryland, and road wins at Purdue and now at the Buckeyes.

Even after a COVID pause, the Wolverines haven’t seemed to miss a beat. The question remains as to whether Michigan can keep the pace up as they wind down the regular season. Games against Iowa and Illinois still loom on the schedule, though both will be played in Ann Arbor. The Fighting Illini are Michigan’s biggest threat to claiming the Big Ten regular season crown. However, for the time being, the Wolverines are the clear cut third-best team in the country after this game.

2) Ohio State basketball has nothing to hang their heads about

Meanwhile, Buckeye fans shouldn’t be too upset with the outcome of this game. Many people don’t like to talk about moral victories, but Ohio State still showed the type of team that they have today as well. The Buckeyes were able to hang with Michigan for the duration of the game, fighting all the way through the final buzzer. E.J. Liddell and Duane Washington put their star power on display, scoring 23 and 30 points, respectively. That’s a one-two punch that few opponents are going to be able to match on a nightly basis.

From a litmus test standpoint, a loss is a loss. However, Ohio State showed they still belong in the conversation as one of the best teams in the country and a national title contender. When it’s all said and done, the Buckeyes may end up earning a two-seed when the bracket is revealed. Don’t be surprised if the one seed in their region sweats a little bit when Ohio State pops up on the bottom of their bracket.

3) This was a potential Final Four preview

Regardless of Michigan’s postponed games due to COVID protocols, the Wolverines and Buckeyes were only slated to play once this season. That unfortunate circumstance from the scheduling gods means we’re left waiting on tournament outcomes to see if they’ll match up again. The earliest this could happen would be in the Big Ten Tournament, most likely in the championship game. The roads to reach that point for both teams will obviously be tough given the strength of the Big Ten and the unpredictability that always happens during league tournaments.

Still, the flow of this game made it feel like we were watching a game that would be played in early April. Both teams started the game shooting lights out from both inside and beyond the arc. They were evenly matched, and it wasn’t until very late that Michigan basketball created a small amount of separation to forge ahead for good. When it’s all said and done, this may go down as the best game of the regular season given the high level of basketball played by both teams. Furthermore, no one would be disappointed if both of these teams found each other again with a national title as the stakes.