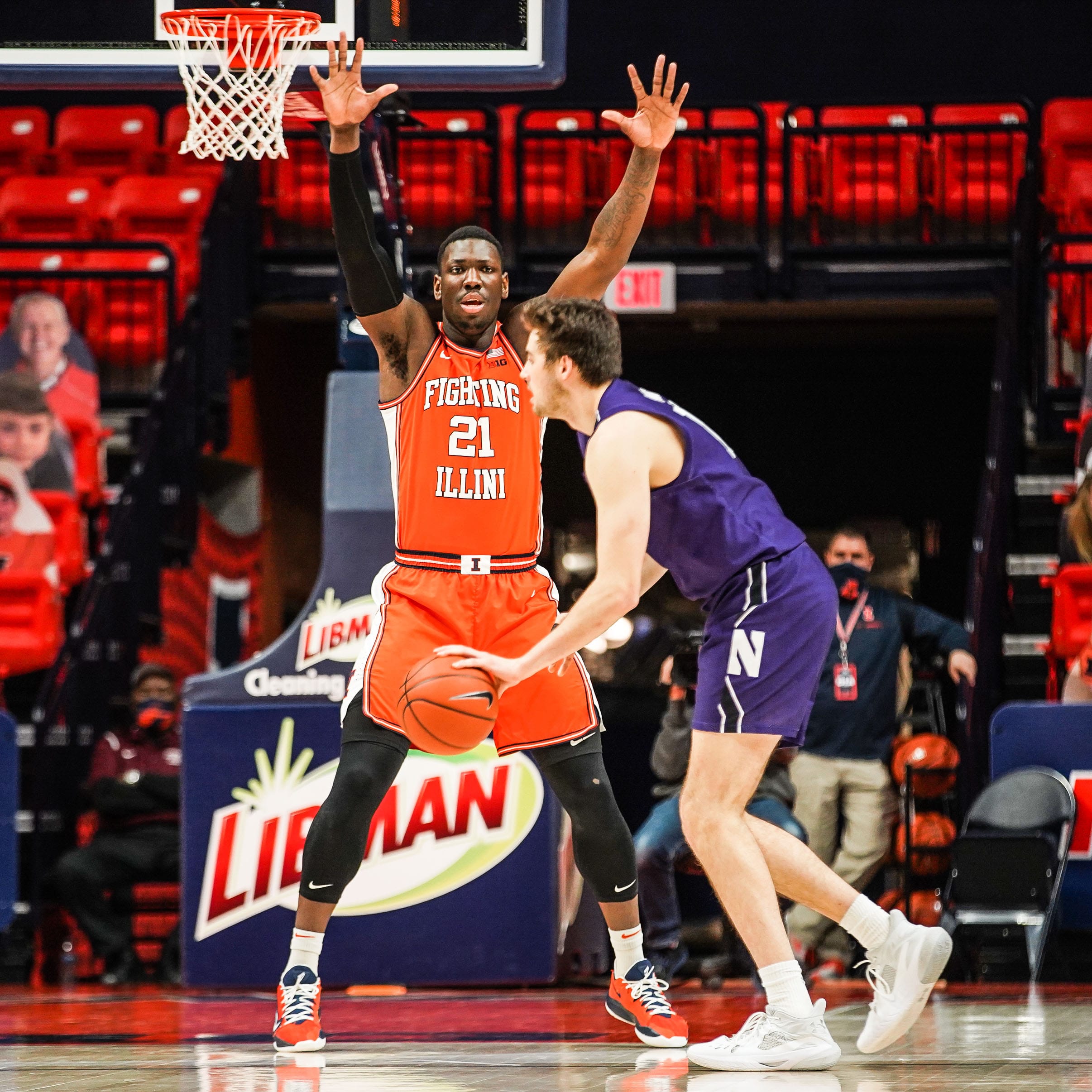 College basketball has thrown everyone for a ride this season. With top teams like Duke, Kentucky, and Kansas all not ranked for the first time since 1995, college basketball conferences have new competition and more attention this year than ones in the past.

These three college basketball conferences are ahead of the pack this season.

Michigan is a Final Four contender with a 14-1 record, their lone loss was at Minnesota by 18. Despite the postponement of a few games due to COVID-19, the Wolverines continue their success and never seem to miss a beat. Isiah Livers came back this season off a gruesome injury last season and leads the team with 15 points per game. Freshman Hunter Dickinson is showing his young talent and averaging 14.9ppg and shooting 66.4% from the field.

Wooden Award hopefuls Luka Garza and Ayo Dosunmu are using their talent to help their respective teams, the Hawkeyes and Fighting Illini, to a top-tier finish in the Big Ten. Iowa sits at 15-6, 4th in the conference and 11th in the nation. Luka Garza is averaging a nation-high 24.5 points per game while shooting a respective and impressive 56.2% from the field. Illinois is 5th in the country with a 15-5 record, good enough to have them in 2nd in the Big Ten. Ayo Dosunmu is averaging just under 22 points per game and shooting a mind-boggling 42.2% from three, is leading the Fighting Illini to a six-game win streak and proving people they’re still a contender in March.

Also, don’t forget about Ohio State. Currently running on a six-game win streak, two of them top 1o wins, the Buckeyes are 17-4 and the number four team in the country. A true well-rounded team, Ohio State knows how to grind out a tough win and won’t stop with March only two weeks away.

The Big 12 is a solid college basketball conference. Gonzaga may have the AP overall No. 1 ranking, but the Baylor Bears are my national number 1 team. Baylor is 17-0, 9-0 in the conference and 4-0 against AP teams. Three of those four AP wins were on the road! They also beat Illinois in the beginning of the season on a neutral site. I wrote an article a few weeks ago about the Baylor vs Texas Takeaways. I have truly fallen in love watching this team and always enjoy their ball movement on offense and how they clamp down on defense. Baylor isn’t the only team in the Big 12 though.

Kansas, Oklahoma, Texas, West Virginia, Texas Tech, and Oklahoma State are all teams fighting for their stance to be in the Top 25 and make the NCAA Tournament. Out of those teams, Oklahoma State is the only team not ranked right now. The Cowboys, 14-6, were undefeated prior to in-conference play. Two of those losses were to top-15 teams, each by one possession – three points. They’ve also beaten Texas Tech, Kansas, and Texas this season.

Oklahoma (No. 9) and Texas (No. 12) both sit at 13-5 hoping to catch up with Baylor. Oklahoma has taken on the Bears once this season, they lost by 15. Texas lost to Baylor as well, by 14. Due to COVID-19, they both have only met once this season and will have to wait until the Big 12 Tournament to get their revenge.

Even the SEC is having a shake-up this season. In this conference, it isn’t Kentucky or Tennessee at the top. The Alabama Crimson Tide are on top of the SEC and in the top 10 (No. 8) in the country. At 17-5, they only have one loss in conference, at Mizzou in a top-25 contest. Behind them, the Razorbacks! Arkansas is shocking all fans as they are 3 games back in the conference and ranked 24th in the nation.

Tennessee is 15-5, 8-5 in conference and 19th in the country. They are still considered to be in the hunt, but four games back is not what was expected of the Volunteers.

It’s almost March, the best time for college basketball. Conference tournaments are right around the corner and these conferences will be exciting to watch.