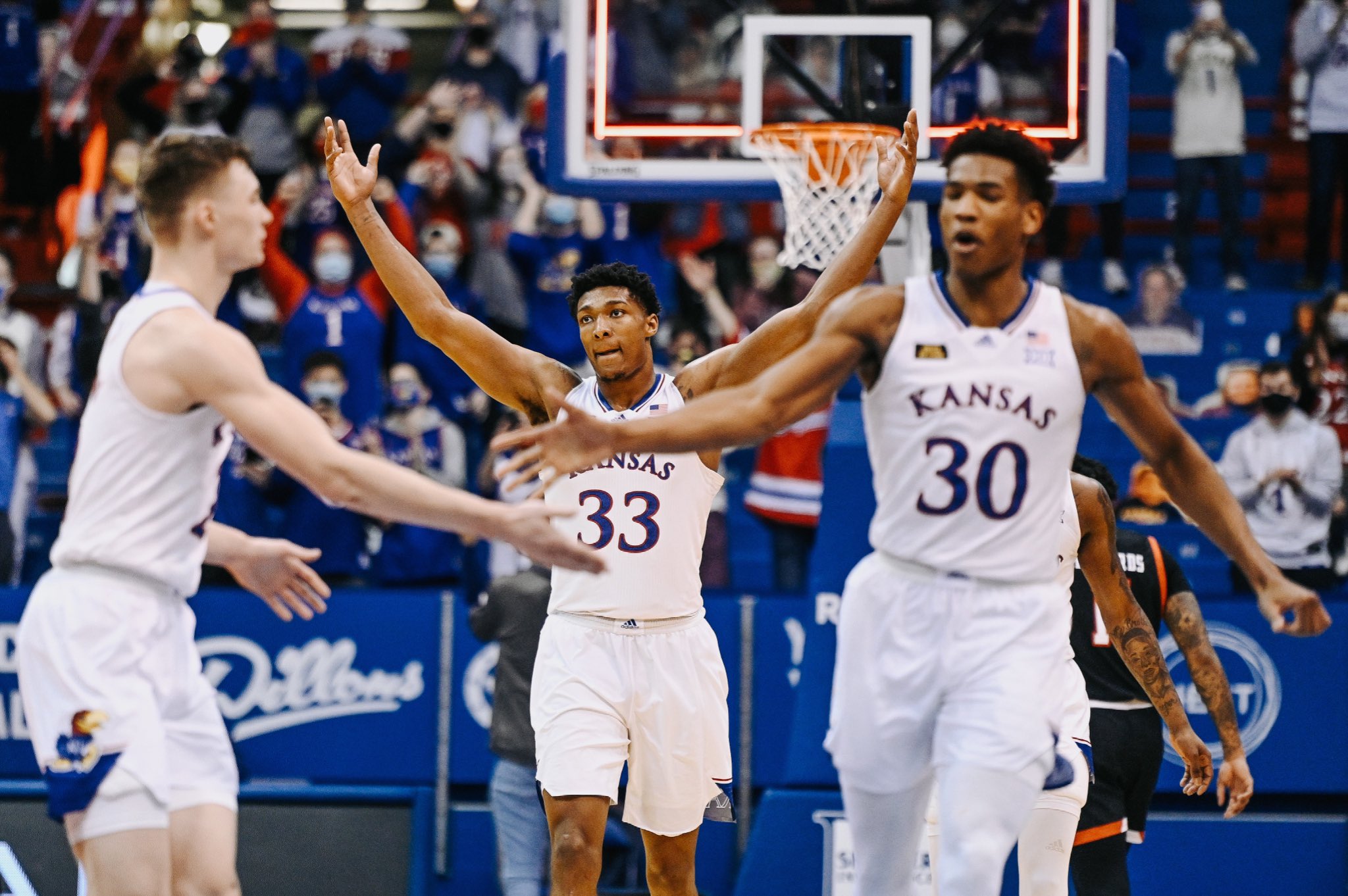 Kansas basketball completed the season sweep of Texas Tech with a 67-61 win that remained close throughout.

1) Marcus Garrett is still the best defender in the country.

After winning the award last year, Marcus Garrett hasn’t received a lot of attention due to Kansas’ below-expectation season so far and his lack of scoring ability. He had done a great job taking down most teams’ top scorer and did it again today with Mac McClung. McClung typically averages 17.2 PPG on 43.3% shooting but was held to just 11 points on 4-13 shooting and only three points in the first half. Most of his points came when he wasn’t being guarded by Garrett, too showing just how much Garrett’s defense impacts a game and helps them win.

With Texas and Baylor upcoming, Garrett will have two tough tasks against Courtney Ramey and Jared Butler. If he can limit them, which wasn’t the case last time they played and led to a loss, then Kansas has a serious chance of winning.

On the season, Texas Tech is ranked 112th in the country in free throw percentage. That’s due to go down after they went 12-19 or 63.2%. They were times in the second half where they would go 1-2 from the line and even went 0-2 once, which were key in their chances to make a run. Coach Beard needs to get them in the gym and start shooting more free throws so that this doesn’t happen when the games matter even more.

3) Kansas’ defense comes through once again

When Kansas’ defense is on, it’s hard to lose. When teams score more than 70 against Kansas, they are 7-2, and when held under they are 0-15. In their five game winning streak, they’ve had great defensive sequences, and when the offense isn’t working which we’ve seen a lot this season, the defense is usually consistent. If they can continue to play defense at the level they have these past few weeks, Kansas is going to be a dangerous team come Big 12 and NCAA Tournament time.

Kansas (17-7, 11-5) will go to Texas for an important matchup next Tuesday, while Texas Tech (14-7, 6-6) will look to finish the season strong with a game against Oklahoma State on Monday.