Conference Schedules Heating Up Down The Stretch 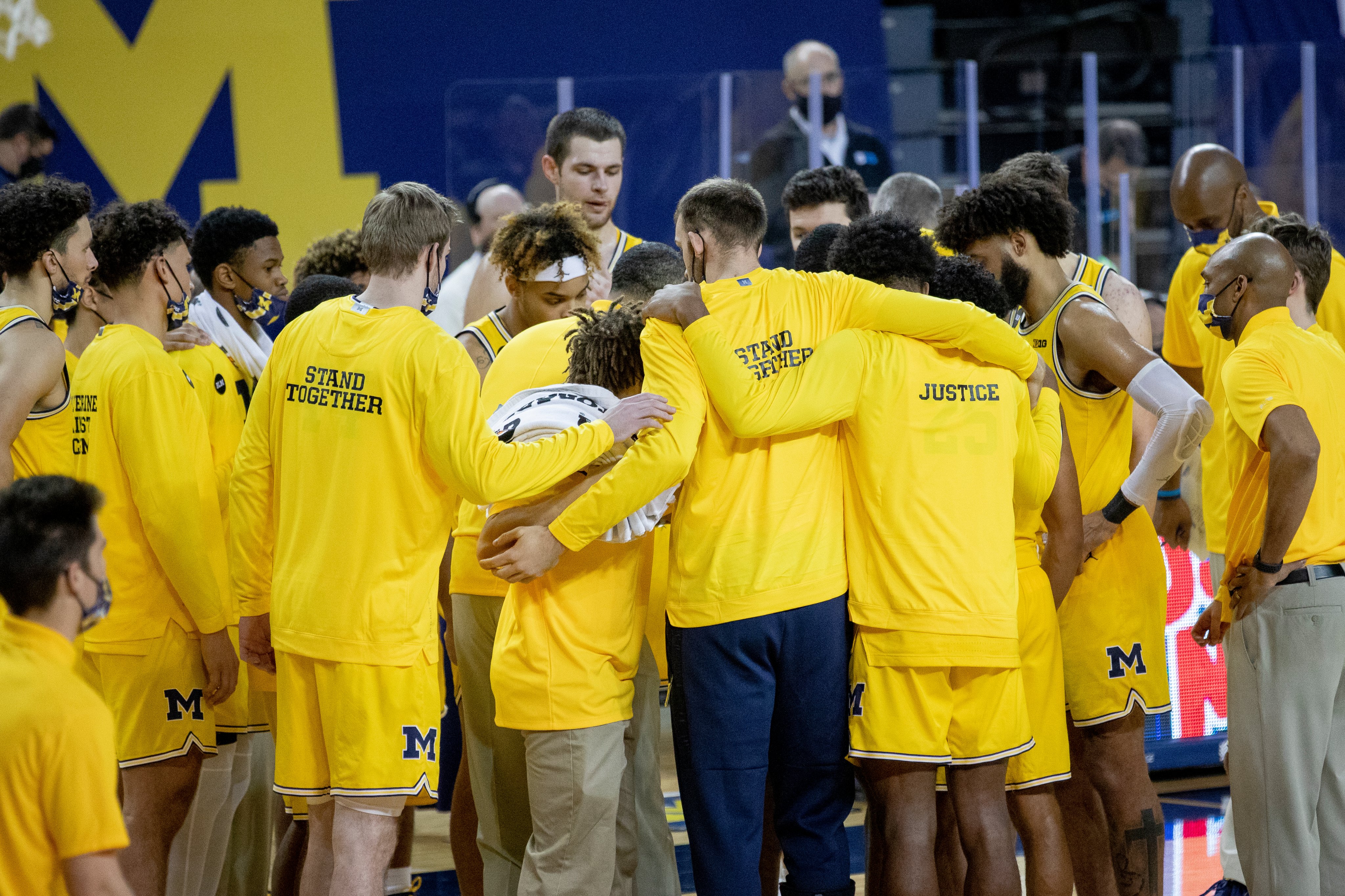 March is looming, which means the Madness isn’t that far away, but there are some key February matchups in conference schedules that will go a long way to determining regular-season titles and seeding for the conference tournament and Big Dance. This is the first part of a two-part series and will take a look at the key matchups in the AAC, Atlantic-10, ACC, and Big 10. We will take a look at the Big 12, Big East, Pac-12, and SEC in the second part of this series next week.

One caveat to these important games left in the conference schedules is how each conference decides to make up missed games within each conference. None of these decisions are as important than in the Big 10 and Michigan and the Atlantic 10 involving St. Louis.

Michigan has lost five games due to their mandated two-week pause. Meanwhile, in St. Louis, the Billikens have only played 10 total games due to a long Covid-19 pause that lasted more than a month. Their first two games back were conference losses to Dayton and St. Bonaventure. They have a lot of games to make up in a short period of time starting with a huge game against A10 leader St. Bonaventure tomorrow (February 6).

Let’s take a closer look at the AAC, ACC, Atlantic 10, and Big 10 conference schedules down the stretch of the season.

Houston has control even though they fell at East Carolina earlier this week. Even though they are tied in the loss column with Wichita State, Houston has won four more games and owns a regular-season win over the Shockers. Houston still does have two games against third-place Memphis on its slate, as well as a road trip to second-place Wichita State, so the Cougars will need to keep winning to capture the regular-season title and secure possibly a two-seed in the NCAA Tournament. Valentine’s Day is a big one for the conference schedule and potential separation in the AAC as the top four teams play each other.

AAC Conference Tournament
The AAC postseason tournament will be held March 11-14 at Dickies Arena in Ft. Worth, Texas.

We need your energy @ChaifetzArena on Saturday as @SaintLouisMBB takes on St. Bonaventure at 1pm.

There are 20 student tickets available.

Tell us why we should pick you in a comment below to enter to win a ticket to the game! pic.twitter.com/HehcbUNeaG

Five teams sit right behind leader St. Bonaventure with two losses, including preseason favorite St. Louis, who has lost its only two conference games after a long Covid-19 pause. The Billikens have had six games postponed, including four against the upper echelon in the conference. The Bonnies’ remaining conference schedule is not that daunting, but watch out for Davidson as they have only two games left in their conference schedule against the top tier.

Conference Schedule Favors No One In Wide Open ACC

Virginia and FSU have yet to meet as the ACC conference schedule did not pit them against each other until Valentine’s Day. Also, the FSU/Virginia Tech tilt was postponed, and will be interesting to see if it is played. The top four all match up with each other, while UNC, Duke, and Pitt will all play a role down the stretch of the season. No game will be bigger than the Bim Monday Virginia at FSU matchup on February 15.

ACC Conference Tournament
The ACC Tournament will be played March 9-13 in Greensboro, NC.

The Big 10 will send the most teams to the NCAA Tournament after their conference schedule is played out. However, league leader Michigan is in the middle of a two-week pause that will cost them five games. Ironically, their first game back happens to be against second-place Illinois on February 11. Purdue may be sixth in the standings, but their remaining conference schedule slate only has one game left against the teams above them in the standings so a move up may be in order. Don’t sleep on Ohio State as their three toughest games are all at home (Michigan, Iowa, and Illinois). Lastly, the conference schedule did Wisconsin no favors down the home stretch as the Badgers senior-laden team face 7 upper-echelon teams, including two games each against Iowa and Illinois.

There you have it, the remaining important games for the AAC, ACC, Atlantic 10, and Big 10. Mark your calendar for these top five games from each of these conference schedules.

Mark Your Calendar Games To Remember

One thought on “Conference Schedules Heating Up Down The Stretch”