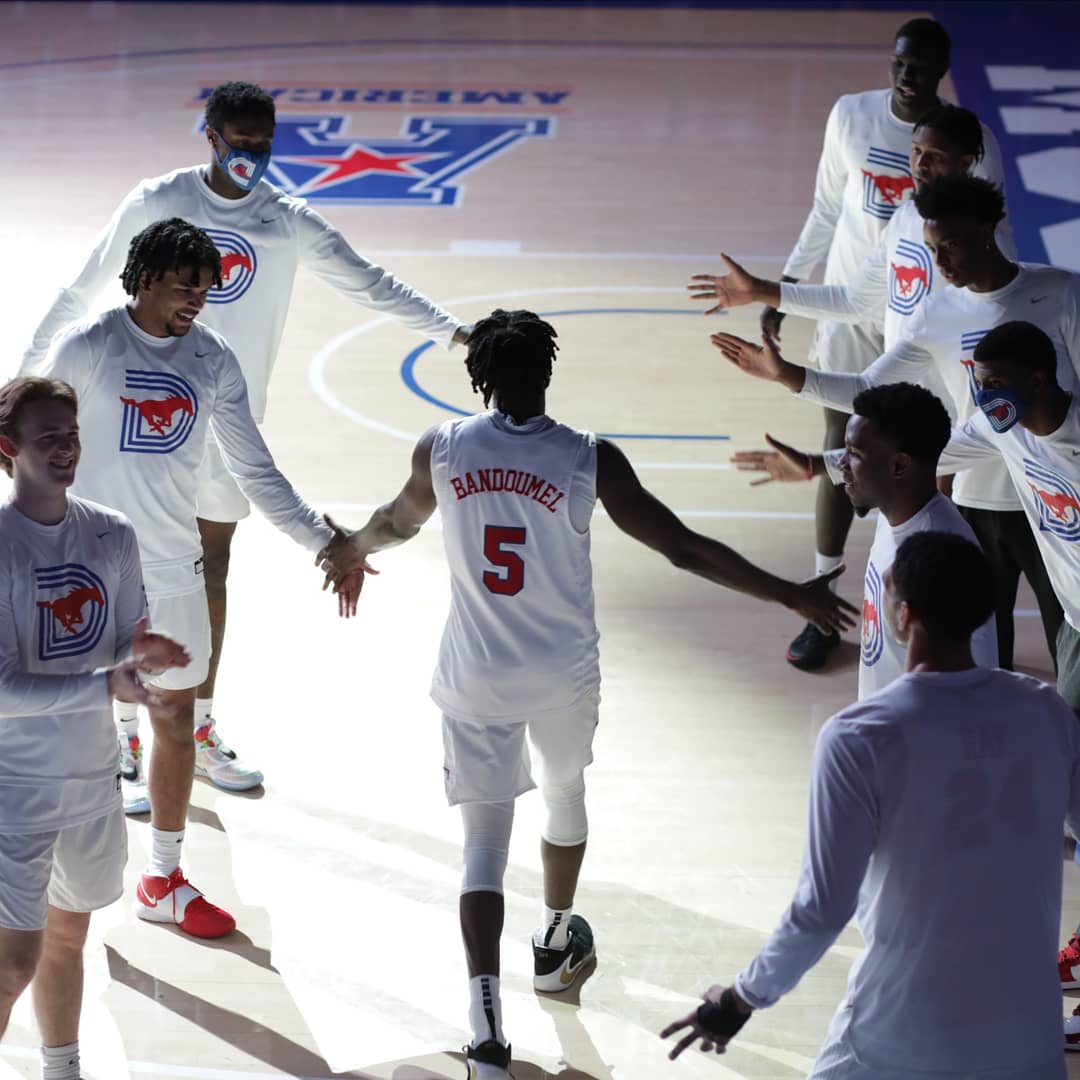 Houston basketball continued their win streak, making it eight games in a row after Tulsa’s loss. SMU was hoping to bounce back after suffering a loss to Memphis. SMU basketball beat Memphis but could not continue their streak. This game had a rough start for both teams. Houston led 28-24 at the half, Kendric Davis led SMU in scoring with eight points, while Reggie Chaney scored 10 points for Houston. Houston basketball opened a barrage in the second half, getting a flagrant called in their favor as well as getting Kendric Davis to four fouls. Houston basketball won 70-48 over SMU. Marcus Sasser did a majority of his work in the second half. Sasser finished with 19 points, 4 rebounds, and 1 assist. Kendric Davis led the Mustangs with 11 points, 2 rebounds and 4 assists.

The team shot 35.7% from the field and 25.0% from 3-point range in the first half. Houston basketball was outrebounded by five, which is not something that Houston is used to. The Cougars are known for rebounding, being unselfish, and having talent all on the floor. In the first half, the team struggled to share the ball, only scoring on three assists. While the team was forcing the paint issue, Houston basketball made it to the line nine times but only scored five. Cleaning this up and getting after the ball will be a huge asset to the team. This team will need a fire to get after the ball. In the first few minutes of the second half, Coach Kelvin Sampson had fired his team up. The team was active around the ball, caused SMU basketball issues, and even frustrated the Mustangs into a flagrant foul. By the end of the game, Houston basketball finished with 45 rebounds, 12 more than the SMU Mustangs. The Cougars were able to cause 13 turnovers, 10 of which were steals.

2) SMU basketball needs to take care of the ball

SMU basketball did a great job taking care of the ball in the first. The team only lost the ball seven times but compared to Houston, who only had three turnovers, the team needs to continue to keep care of the ball. Limiting the shots, reducing second-chance points for Houston basketball allowed the Mustangs to only be down four at the half. SMU basketball was also able to share the ball and take some smart shots. The Mustangs were able to get to the charity stripe eight times and sink six of them. These two things will be vital for the team to win. While the team did well taking care of the ball, Houston’s defense was too much for the team to handle. Houston basketball limited its turnovers but ended up stealing the ball 10 times from SMU.

The Cougars struggled to find an offensive rhythm. In the first half, the team struggled to move the ball. The team forced shots and was made uncomfortable by SMU basketball. In the first half, the Mustangs kept disrupting the game plan for Houston basketball. In the first few minutes of the game, Coach Kelvin Sampson was visibly upset by the Cougars’ gameplay. In the second half, Houston basketball turned it on. Spreading it to a double-digit lead and ended up winning by 22 points. The Cougars ended shooting 33.9% from the floor and 32.0% from 3-point. Houston basketball made it to the free-throw line 32 times and was able to sink 24 of them. While the team was able to create shots, the team did not share the ball enough. Against a tougher defense, I will have my reservations against trusting the Cougars.