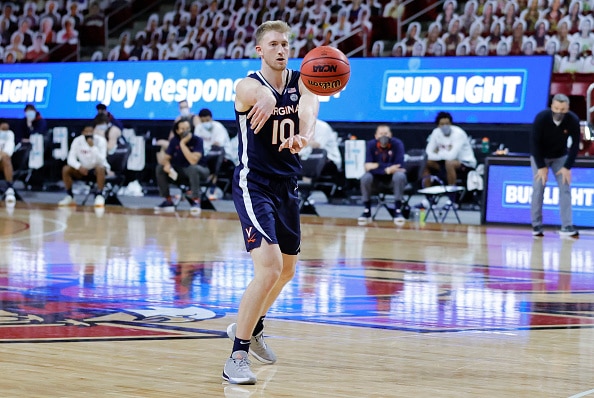 A 22-11 run in the final six minutes of the game lifted Virginia basketball to a comeback win over Georgia Tech.

Georgia Tech gained control over 13th Virginia basketball at the end of the first half, bringing a six-point advantage into the locker rooms and extending that lead to as much as 11 in the second half.

The Cavaliers would not go away easy, as they put together a late run to take a late lead. Trailing 62-59, Georgia Tech’s Moses Wright hit a three-pointer as the shot clock expired to tie the game, but Virginia’s Kihei Clark retook the lead off a step back floater in the paint. That score would hold as final, giving Virginia a 64-62 advantage.

Sam Hauser, an ACC player of the year candidate, led all scorers with 22, going 4-5 from three and 9-12 from the field. Jay Huff added 18, including two three-pointers. Huff added five blocks on the other side of the block, including the game-icing swat. The two Cavalier big men have been excellent all season, and are one of the only in the nation who can score in the paint and beyond the arc. Hauser is improving on defense, and Huff has shown great strides in the backline. The duo has led Virginia to a perfect ACC record, and if they keep up the elite level play, Virginia is the clear favorite for the league.

“Sam makes some shots that just astound me. The one where he kind of went up and under and shot a little bit of like a floater off the baseline, I don’t even know what it was, but it was pretty ridiculous. The guy can score.” – Huff on Hauser #GoHoos https://t.co/YcwA88r2Q9

2) Georgia Tech can fight for a double-bye

Michael Devoe struggled in Saturday’s matchup, but Jose Alvarado thrived, scoring 20 on 7-12 shooting and 4-5 from deep. Jordan Usher and Moses Wright also scored in double figures. More importantly, Georgia Tech fought wire to wire with a top of the ACC team on the road, showing potential to be there when it counts. The Yellow Jackets have the guard play to make it there, and the four-guard lineup works defensively as long as Wright defends the paint as well as he did in this contest. If all cylinders are clicking, Georgia Tech is a sleeper to make a run in the ACC.

Virginia has three staples late in the game: Kihei Clark, Jay Huff, and Sam Hauser. Reece Beekman, a freshman guard, is getting most of the time at the two-guard. So that leaves one open spot, which Tony Bennett has been giving to the hot hand. Yesterday, it was Casey Morsell, who was 4-8 from the floor, scoring nine, but more importantly, had a tremendous defensive game.

Against Clemson, it was Tomas Woldetensae, who scored 14 on four threes. Rice transfer Trey Murphy III has been starting and can see late minutes as well. The bottom line is Tony Bennett has a deep roster but likes to keep a short rotation, so whoever is playing best will play. This was seen yesterday as Casey Morsell played late and helped Virginia comeback and hold on to the hard-fought victory.

Virginia basketball hosts Syracuse on a quick turnaround Monday night and then gets ready for a rivalry matchup on Saturday at Virginia Tech.

Georgia Tech travels to a struggling Duke on Tuesday in attempts to send the Blue Devils to below .500.