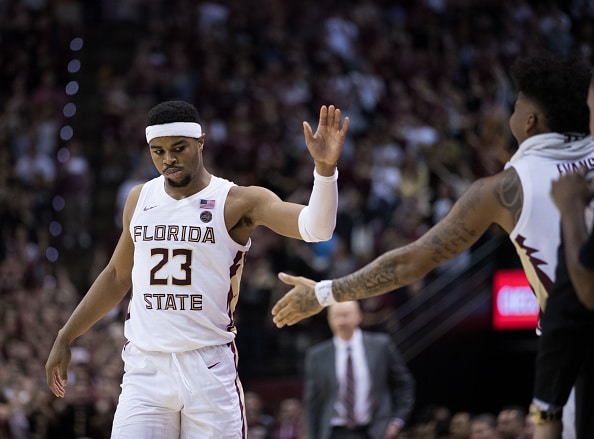 Florida State basketball picked up a statement win over Clemson, winning by a score of 80-61.

Clemson is starting to come back to earth after a hot start, losers of its last three games, all by 20 or more. Florida State basketball is the polar opposite, as it seems the Seminoles are hitting their stride, improving to 5-1 in ACC play and 9-2 overall.

1) Clemson is a pipe dream

Ranked as high as 13th in the nation, there were high hopes for Clemson this year. But its flaws have been awfully apparent in its past three games. The Tigers failed to eclipse 15% from beyond the arc today, shooting below 30 percent from the field. Against Georgia Tech, the Tigers turned the ball over 20 times.

The offense is struggling immensely, and the defense has not been what it was early on. Clemson has allowed 80 or more points in its last three losses, which is surprising for a team that led Virginia in defensive efficiency on KenPom before its skid.

2) Florida State is a top dog in the ACC

No team has responded better after having games postponed than Florida State.

The Seminoles are ripping through ACC teams like a chainsaw through butter. https://t.co/uRXY81W3km

straight, all by at least seven.

Clemson and Virginia Tech both fell today, both by large margins. Virginia is the lone undefeated team in the conference, with Florida State, Pitt, and Georgia Tech right behind with one loss apiece. Duke and UNC are always teams who make a push for the double buy, however, this may be the year both play on the second day of the ACC Tournament. This conference is not only weak this season, but it is so even that projections are almost impossible until the field is set.

Clemson tries to end its losing streak when it hosts Boston College on Wednesday.