Why Cameron Thomas Will Win Freshman of the Year 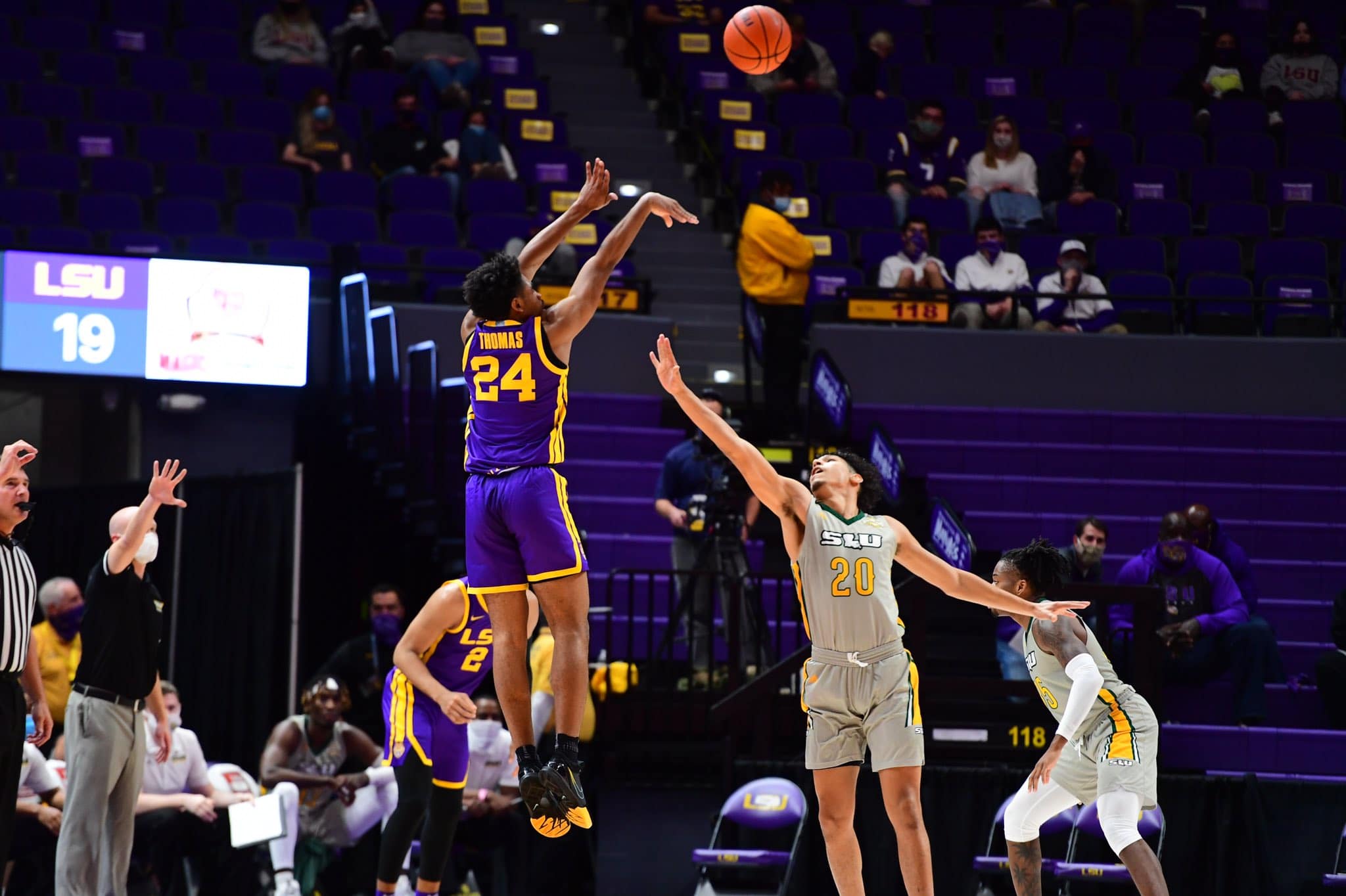 You’ve heard Jalen Suggs and Cade Cunningham all over the news, and they deserve the media attention, but how many times do you hear the name Cameron Thomas?

The 25th ranked recruit according to 247Sports was expected to have an impact on LSU, but not to this extent. Cameron Thomas is averaging 24.6 PPG this season, including just under 30 the past three games. He is shooting at good percentages, with a 45.7 FG% and 35.8 3P%. For a high volume shooter, he also averages a modest three rebounds and one and a half assists a game, but it’s the scoring that puts him over the top. He has scored 15 points in every game this season and over 25 points in five of his eight career games.

Now, what typically happens is that players put up these giant numbers against the lower mid-major teams and then reach a more reasonable number as we’ve seen with Luka Garza, but Cameron Thomas’ numbers have actually increased. In his two conference games against Texas A&M and Florida, Thomas scored 32 points and 28 points. In that 32 point game, a career-high, he shot extremely efficiently shooting 12-21 from the field and 5-11 from three. What makes him even scarier is that on defense, he was never seen as much of a threat, totaling 3 steals in his first 6 games, but in those first two conference games, he already has five. He is automatic from the free-throw line, going 47-52, or 90.4% this season and hasn’t missed one since December 14th.

The SEC is wide open this year, especially after we saw Tennessee and Missouri lose this week as well as Kentucky completely underwhelming. Cameron Thomas is already a top player in his conference, and by the way he has already performed in conference play, he could be well on his way to one of the best scoring seasons by a freshman ever. Don’t be too surprised if you get an alert on your phone that Thomas scored 50 points in a game and if he ends up winning the Wayman Tisdale award at the end of the season.