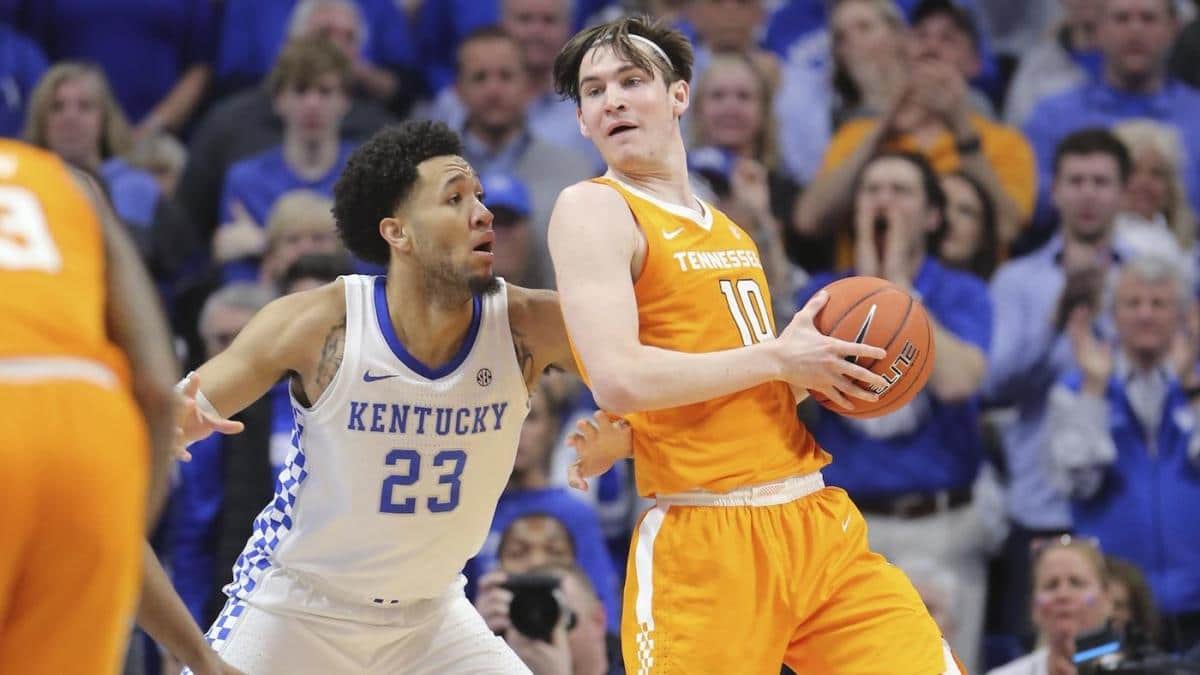 Many college basketball fans were weary about whether or not the 2020-21 season would happen, yet here we are! With the countdown only a few weeks away, CBB Review brings you the preview SEC basketball and where teams may end up at the end of the season.

After losing their best two players in Aaron Nesmith and Saben Lee, the Commodores don’t have much going for them. In the last three seasons, they haven’t had a winning record. Vanderbilt does have something to look forward to this season – Scotty Pippen Jr. coming back and transfer D.J. Harvey. They won’t be enough to get out of the last place in the SEC this season.

With the loss of Anthony Edwards, the Bulldogs find themselves deep in the SEC rankings once again. Georgia’s number two last season, Rayshaun Hammonds, won’t be returning either, leaving a huge hole in the Bulldogs’ squad. Even last season, Georgia didn’t have a strong defense, ranking 312th in the country. Coach Tom Crean has the right idea to create the mentality in Athens, but it won’t be this year.

Two of their top four scorers gone, Mississippi State has nothing helping them this season. An experienced coach in Ben Howland may get them a couple in-conference wins, but it won’t be enough to finish in the top half of the conference like they have in the past three years.

Buzz Williams has the right determination for the Aggies, but it’ll take time as it did with Virginia Tech. The Aggies have their top player, Savion Flagg, returning, but the experience will show its presence. Hoping to improve off their in-conference record next season, this year could prove difficult with the lack of support inside Reed Arena.

The Tigers have a handful of upperclassmen returning which could prove positive to their chase for an upper-half finish in the SEC. Most of their team from last season will be returning and plan to put up consistent scoring options as they did last year. Will it be enough? We’ll see… Mark Smith and Jeremiah Tilmon have a lot to carry.

This season falls on the shoulders of Devontae Shuler. A potential First-team All SEC, Shuler returns this season after averaging 11.7 points per game last season. Despite losing two of their top scorers, the Rebels added Arizona State transfer, Romello White, which will hopefully boost them to a better spot this year than last.

The Tigers have been on a rollercoaster the past few seasons, Bruce Pearl coming in and changing the view of the program. Losing a majority of their big names on the court, Auburn may drop in the SEC despite being ranked the past few seasons. Incoming freshman, five-star Sharife Cooper, could help Bruce Pearl activate his typical fast-pace offense and tight defense, but Auburn isn’t known for one-and-dones.

Eric Musselman has come in and set spark to the Razorback fanbase. Isiah Joe chose to head for the NBA Draft last minute, halting the progress made in Fayetteville. A strong transfer market and recruiting class will slowly develop the play for Arkansas, but not enough to contend for a top spot in a strong conference.

One of the oldest teams in the SEC, South Carolina can prove to be a tough battle wherever they play. Frank Martin is an experienced coach, possibly on the hot seat, knowing what he needs to do this season. Guard AJ Lawson returns for his third year hoping to boost his draft stock alongside three other top scorers. The Gamecocks have a lot on the line this season.

With the FBI investigation still lingering in the air, the Tigers have a handful to deal with in the 2020-21 season. Outside of that, a heavy recruiting class and the return of Trendon Watford could help continue their success from last season. Will Wade will continue to lead LSU in the right direction in the SEC, in the hunt for another NCAA berth and dominating conference performance in the SEC.

Which may be a surprise for many, the Crimson Tide have proved that they have what it takes to battle with the best in SEC basketball. Ever since Collin Sexton, Alabama has had their eyes set on the top of the SEC and won’t slow down. John Petty Jr., a returning player, and possible SEC First-Team player, will have to step up and help the Crimson Tide late in the season to prove they have what it takes to be considered a true contender. Don’t forget about his supporting cast either, with four players returning out of their top six scorers.

Always in the mix, the Gators come in with a possible SEC Player of the Year with Keyontae Johnson. Outshining Kerry Blackshear Jr. last season, Johnson is the leader for the Gators following Nembhard’s decision to transfer. Noah Locke will prove vital to the success at Florida, chasing their first SEC title since 2014.

Coach Calipari never disappoints when it comes to a powerhouse. A typical one-and-done school, the Wildcats will start from scratch this season. Kentucky brings in the top recruiting class this season. With a handful of new guys potentially cementing the starting five, there isn’t much to consider for the Wildcats other than coaching. We’ve seen it before, Calipari could bring this team to the promise land.

When you build a college basketball team, you want to have talent and leadership. Tennessee may have just that this season as they continue to get better in the SEC with Rick Barnes at the helm. With four of the top five scorers returning, you forget about what the Volunteers have lost recently – Grant Williams, Admiral Schofield, and Jordan Bone. Barnes brings in a solid recruiting class including two five-star prospects with dominators on the court such as John Fulkerson and Yves Pons. The Vols have an exciting year ahead of them.