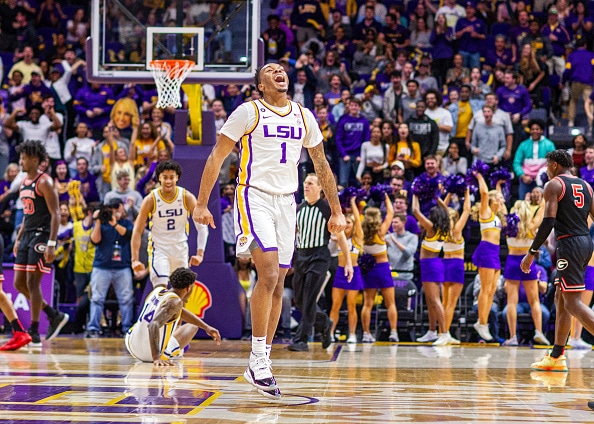 Our first jam-packed college hoops slate of the new year has arrived. Here are three games I see having value in today’s slate:

The Florida Gators return to Gainesville to play their second conference game of the week against LSU. After pausing basketball activities for over two weeks, the Gators were able to have their way against projected SEC bottom-feeder Vanderbilt. I’m unsure they fare the same against the LSU Tigers though. LSU has a top-five adjusted offense (per KenPom) and has shown improvements on the defensive end of the court this season. They have the personnel to make life tough on the Gators. I’ll side with the Tigers.

Even without the news breaking that Mountaineer big man Oscar Tshiebwe is stepping away from the program, the Sooners are a tough matchup for the Mountaineers. The Sooners last played ten days ago, suffering a heartbreaking defeat against Texas Tech as Austin Reaves was unable to send the game to OT in the final seconds. The Sooners right the ship against a Mountaineer team that ranks 259th nationally in effective field goal percentage. The Sooners 16th rated offense should be able to get theirs against West Virginia’s defense. The right team is favored here.

Tennessee has separated itself as the third-best team in college basketball. A nine and a half point spread is a fair handicap to assess the difference between Tennessee and Alabama, but it’s hard to fade Rick Barnes and co. Their relentlessness of both ends of the court makes backing the Volunteers a solid investment in any game. They’ve outperformed the betting market too, so far covering the spread in their first six games. I think the trend continues.