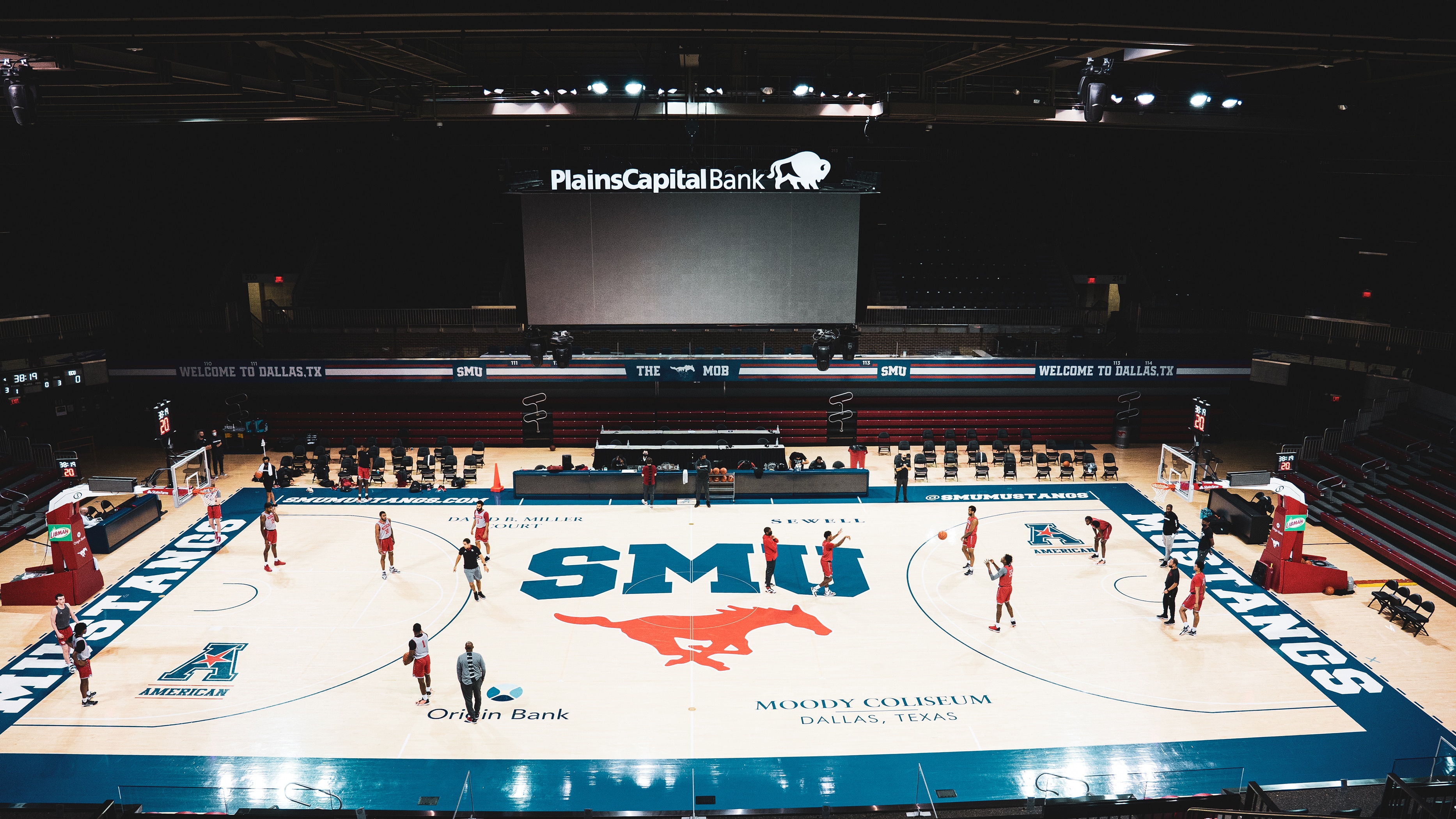 Houston basketball came back after a shocking loss to Tulsa to hand SMU its first loss of the season.

After a tough loss to the Tulsa Hurricanes, the Houston basketball team came to play. However, shortly before the start of the game, Caleb Mills announced he was stepping away from the Cougars for personal reasons on an indefinite basis. Mills averaging 9.8 points per game would be difficult to replace.

Houston vs. SMU was bound to be a good game. Either way, the physicality that Houston plays with and the amazing shooting ability of the SMU Mustangs, especially at home, was going to be tough. Both teams had a lot on the line in the Houston vs. SMU game as Houston wanted to remain ranked at number 5 in the nation before the loss to Tulsa, and SMU wanting to remain undefeated both had goals in mind and to make statements.

Kendric Davis has shown to be the heart and soul of the SMU team. He created shots, drove the ball, distributed, and made his shots. This team needs to find him some help instead of hoping that someone can get hot, the Mustangs need someone else to help him. He not only needs a player that can make shots but a player that can create open shots for others outside of Davis. His basketball IQ is impressive, and I could only imagine Kendric Davis and Tyson Etienne, Jayden Gardner, Alexis Yetna, etc. These are players that create but also make baskets. This should be something that Coach Tim Jankovich focuses on. Kendric Davis is averaging 19.2 points, 7.2 assists, and 4.3 rebounds per game. The next closest distributor is Ethan Chargois at 3.0 assists this year.

In the Houston vs. SMU basketball game, SMU had to make sure to take and make the easy buckets. Forcing the game caused some issues as they lead to turnovers in the first half, and Houston’s coaching staff did a great job prepping the players as the team cleaned up the boards. The Mustangs had to make the shots they were given. They found a few easy buckets in the first half on breakaways that allowed them to lead at the half, 33-32. The issue for the Mustangs really showed when the teams would get down and have decent ball movement. A guy would be wide open and not make the bucket. These scoring opportunities are areas that they need to improve. The bucket does not have to be a 3-pointer. The player can step in for the easier shot and sink it for two. The other option is to have this player drive and kick someone who has a hotter hand or create for Kendric Davis.

In the Houston vs. SMU game, both teams really struggled with this, as neither could really spread out the floor. Houston had 12 made field goals on eight assists and shooting the ball 31 times in the first half. SMU was similar, having five assists on 13 made field goals and shooting the ball 29 times. Moving the ball is very difficult against Houston as the Cougars often put a body on players very quickly. To win against the Cougars, a team needs to either shoot very well or move the ball very well to create open shots. The Mustangs’ inability to make threes really hurt the team, but the Mustangs did see some success as Davis would drive, score or kick the ball out for an open 3-pointer. The issue is tonight is that the ball wouldn’t fall. My big gripe is that there should be more assists because it means that the ball was moving and creating open shots for players. At the end of the game, Houston on 64 shots, made 25 on 11 assists. I prefer that number being over 17 assists. SMU took 57 shots, made 23 of them on 12 assists. This number should be over 15 assists.

Houston has one of the Top 10 cultures in college basketball.

In the Houston vs. SMU game, the winning attribute really showed on Houston’s side in rebounding. An area that SMU had been solid on all year, Coach Kelvin Sampson came in coaching his team well, and the team’s ability to box out on both ends of the floor led this time to a lot of second-chance points. The Cougars were able to seal a victory on second-chance points that often led to free throws (Houston took 20 free throws and made 17 of them). The Cougars had 45 rebounds that included 18 offensive rebounds. A solid win should allow the Houston men’s basketball team to remain ranked in the upcoming week. While Marcus Sasser led him in scoring with 17 points, it was the play of. Along with DeJon Jarreau, he scored 15 points, 8 rebounds, 5 assists, and 2 steals. Houston Cougars win 74-60 over the SMU Mustangs. Houston Cougars play Wednesday, January 6, 2021, against the Wichita State Shockers. The SMU Mustangs face the Cincinnati Bearcats Thursday, January 7, 2021.