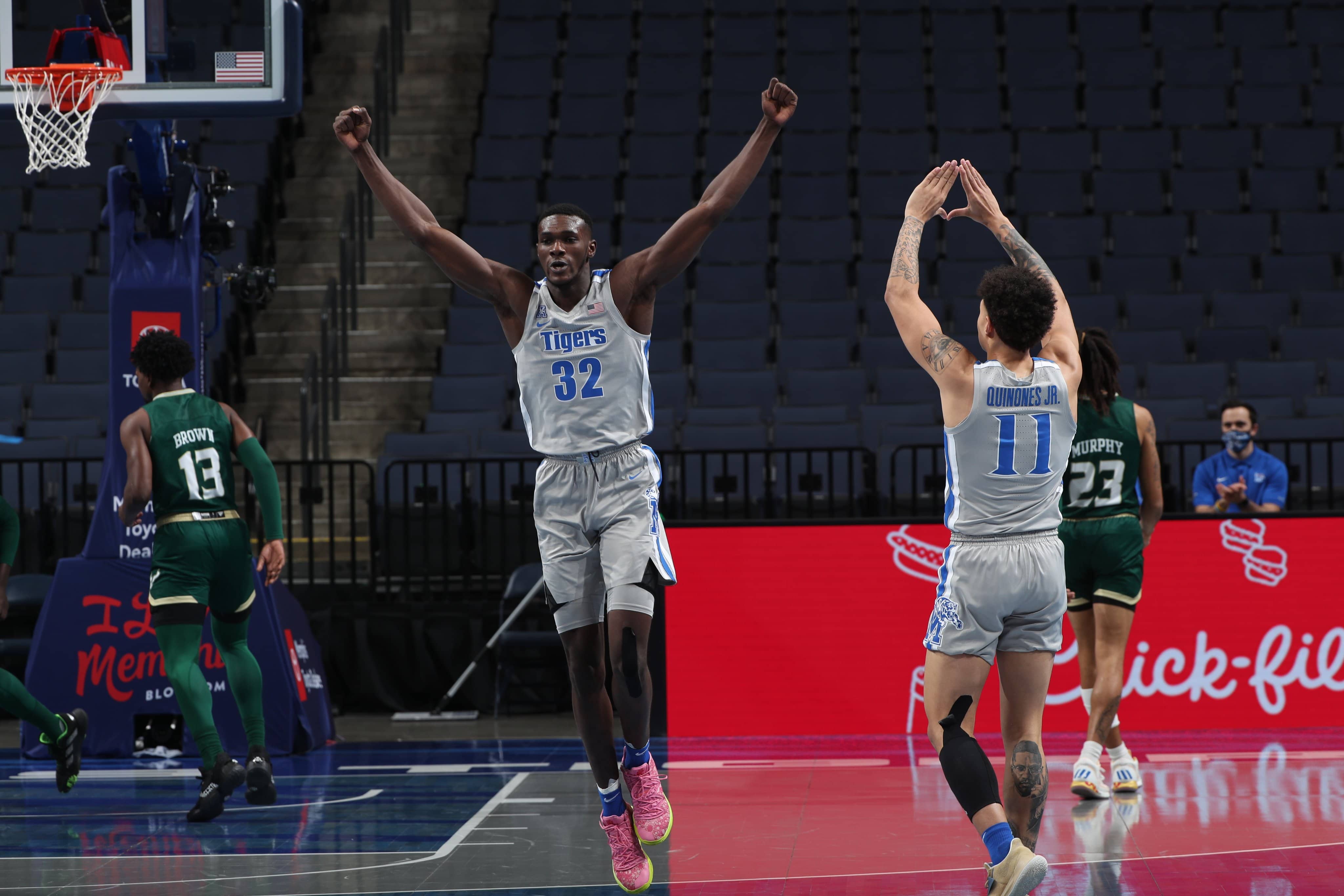 Memphis vs USF was a big win for the Tigers

A Tuesday night basketball pinned Memphis vs USF in NCAA basketball Tuesday night. It was the opening of a doubleheader for the American Athletic Conference as the teams took over ESPN2. The Tigers got lucky as the Bulls were short in a huge offensive and defensive weapon in Alexis Yetna. With that in mind, here are 3 takeaways from the Memphis vs. USF basketball game.

Memphis survives against South Florida. By one. Without Alexis Yetna. Tigers' pressure completely changed the game. Bulls had a double-digit lead in the second half.

USF needs to play with purpose

The issue that has come up for the USF men’s basketball team against the Memphis Tigers comes down to turnovers and purpose. The tide really turned in the second half when on 8 possessions, the USF Bulls turned the ball over 6 times. In this Memphis vs. USF battle, the Bulls played into the Tiger’s claws as they press flustered the team. The team turned the ball over 14 times in the game. After going into the half only down 2, the USF men’s basketball team was led back into the game by the talent and skill of Caleb Murphy. When Murphy and Justin Brown played with purpose, the two players made crisp passes and made smart moves to find the best shots. Murphy made a couple of freshmen mistakes, including getting trapped, forcing plays, and playing without purpose. He had 7 turnovers of the team’s 14. While he has shown great spurts, this is what cost the Bulls the game.

Coach Hardaway said after the last loss, he changed the offense of the Memphis men’s basketball team. This team and offense will need to change yearly based on the players who stay and go. This is an identity crisis Memphis will likely have to deal with if it keeps showcasing 1 and done players like James Wiseman and Precious Achiuwa. These two players had a skill set that the freshman Moussa Cisse does not, and that is footwork and jump shots. In my preview for this year, I brought up these concerns with Cisse. Moussa Cisse’s role is made to be a put-back and rebounder. His size and athleticism make it easy for him to do both. Hearing that the offense was changing for the Tigers, I am having my hopes restored that Memphis could end up being the powerhouse and that the money spent on Penny’s new 5-year contract is well worth the cost. If he can continue to recruit and adapt to these new players, he will be successful.

In the Memphis versus USF men’s basketball game, both teams had highs and lows or ebbs and flows. These teams need to find consistency. Both teams are known for their defenses, yet they both looked undisciplined and sloppy. The Bulls had the more mature team should have had the edge, but the young Murphy turnovers are an issue, but that comes with consistency. The Bulls struggled to find a rhythm and consistency in play, losing track of time, not fighting through screens, and taking poor shots. The Bulls played very selfishly, and that will not win basketball games even with all the team’s talent. The USF men’s team struggled to play its game and got sped up by the Tigers. Coach Gregory has some work to put it in ball movement and being consistent in plays, and understanding situations. As for the Memphis Tigers, this team had a lot of the same issues. The team struggled to play its game, Memphis moved the ball well, but the ball movement needs to be crisper. This team has so many threats to drive and dish out for a 3-pointer. Instead, the team was dishing it to the big man down low, which led to turnovers, poor shots, and missed shots. The recently “freed” Deandre Williams is a game-changer, but his maturity should not be having turnovers and making some inferior decisions. These teams need to figure out how to be consistent in their games and impose it on the other team. The Bulls fell into the Tiger’s trap game, and it costed them.

In the Memphis vs. USF game, Memphis won the game in a unique fashion as Murphy drove the lane against Alex Lomax and went for the put-in that was blocked out by D.J. Jeffries as time expired. The Tigers edged out the Bulls, winning the basketball game 58-57. The stars were definitely Caleb Murphy putting up 20 points, 4 rebounds, 3 assists, and Lester Quinones that scored 13 points and snagged 3 rebounds. These teams are definitely in the top half of the American Athletic Conference. USF’s next game is Saturday, January 2nd, 2021, against the UCF Knights. Memphis also plays on Saturday against the Temple Owls.

One thought on “Memphis vs USF: Three Takeaways”