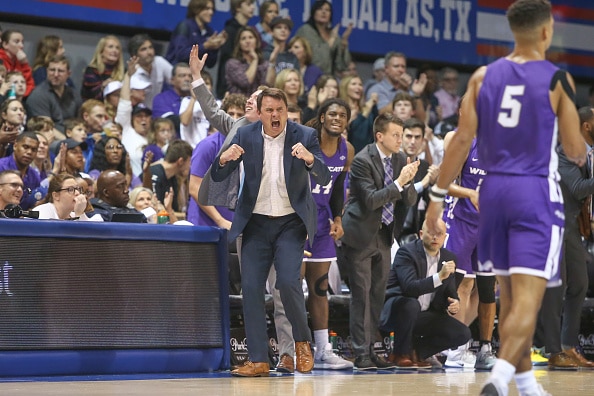 Abilene Christian basketball is off to a fast start in 2020-21, showing similarities to the school’s first NCAA Tournament team and putting the rest of the Southland Conference on notice.

Abilene Christian basketball only recently returned to the Division I level in 2013-14 after a brief five-year stint in the late 1960s and early 1970s. Like any other transitional team, the first few seasons were rough. However, after taking their growing pains, the Wildcats started to show they were on the right track.

That culminated in the school’s first-ever NCAA Tournament appearance in 2018-19, earning a 15-seed and falling to Kentucky in the first round. That team went 27-7 overall and 14-4 in Southland play.

Abilene Christian basketball followed that up by going 20-11 last season, the first back-to-back seasons of 20 or more wins in the school’s Division I history. The world will never know if they had a conference tournament run in them last season, as the Southland Conference Tournament was one of many that were canceled due to the ongoing pandemic. However, last season did show that the program didn’t miss a beat, and, at 7-1, they are reaping the benefits thus far during the 2020-21 season.

Watch out for the Abilene Christian Wildcats

The first thing that stands out when taking a look at Abilene Christian basketball this season is how well they play on the defensive end of the court. The Wildcats are holding opponents to just 55.8 points per game, 12th-best in the nation. Furthermore, they are holding teams to just 75.2 points per 100 possessions, 10th-best in the country.

A big reason for their success here is how well they defend the three-point line and force turnovers. In eight games so far, opponents have shot just 17.3 percent from deep and committed an average of 24 turnovers against the Wildcats. In fact, 31 percent of opponents’ possessions thus far have resulted in a turnover, and 17.8 percent of those turnovers aren’t steals.

That means that Abilene Christian basketball defenders are forcing their opponents into their own mistakes with how suffocating they are.

If these numbers sound familiar, it might be due to the fact that the 2018-19 Abilene Christian Wildcats team had similar outcomes. That squad finished the season in the top 20 in both points against per game and points allowed per 100 possessions.

Perhaps you look at the Wildcats’ schedule and see a few non-Division I opponents on there. However, their defensive formula was proven in a close loss to nationally ranked Texas Tech. The Wildcats only gave up 51 points and held the Red Raiders to just 27.9 percent shooting from the field and only two made threes. They forced 16 turnovers and held Mac McClung scoreless in the first half.

Other notable wins include East Tennessee State, Austin Peay, and Omaha, all teams that will compete for league titles in their respective conferences. Abilene Christian has only given up more than 60 points twice, something you might only expect from the likes of the Virginia Cavaliers.

It also means that there is more than one guy that head coach Joe Golding can rely on with the ball in their hands when games come down to the wire because everyone is comfortable shooting the ball.

Golding and Abilene are 54-19 over the last 2-plus seasons … which includes a 7-1 start this year.

It remains to be seen just how good the Lumberjacks will be, as they have faced scheduling setbacks to the COVID-19 pandemic. However, even with the Southland splitting the league for conference games, the Wildcats and Lumberjacks will still get to play twice with the adjusted schedule.

If Abilene Christian basketball can keep up their torrid defensive pressure and their balance on offense, they can be a dangerous team to anyone during the rest of the season. The Wildcats have a shot at running through the league according to KenPom, with both of their expected closest games being the aforementioned match-ups with Stephen F. Austin. Meanwhile, their toughest remaining non-conference game is a road trip to the Arkansas Razorbacks on December 22nd.

Their defense will be tested, as the Razorbacks currently boast a scoring average of just over 91 points per game. Still, if the predictive metrics hold true, the Abilene Christian Wildcats appear to be on their way to their third-straight 20 win season and potentially their second NCAA Tournament appearance in three years.

One thought on “Abilene Christian Basketball: A Mid-Major Team to Watch”