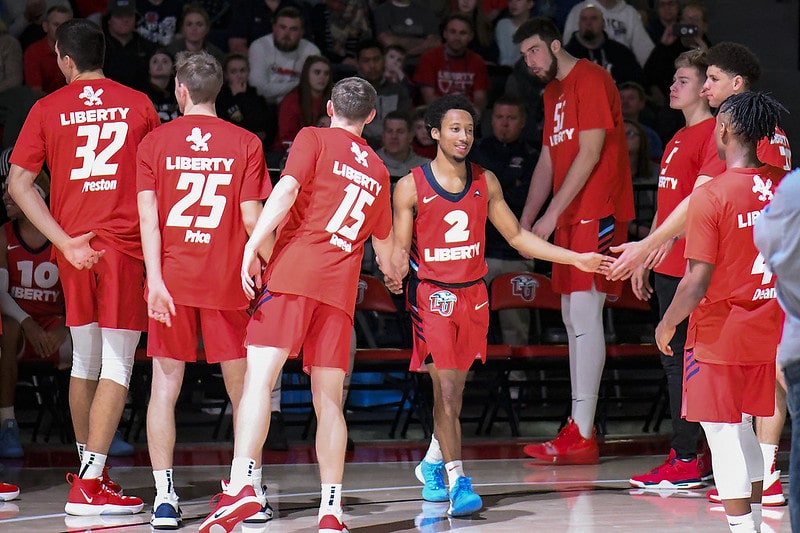 These two states don’t have the depth as some other states, but they have some top teams in the country. Representing Washington, Gonzaga and Washington State are both undefeated and have a combined record of 15-0. Gonzaga is the best team in college basketball at No. 1 and Washington State stands alone atop the PAC-12. In Michigan, the University of Michigan and Michigan State are running the table. The Wolverines are undefeated (7-0) and are on Northwestern’s tail for first place in the Big Ten (only half a game back). Michigan State is 6-2 and on a small skid, but don’t count out Coach Izzo quite yet.

This handful of teams includes four teams from the ACC, two teams atop their conference, and Appalachian State who are in the mix to win the Sun Belt. The competition in the ACC will ramp up in the upcoming weeks and help prove which team can truly stand up for the state of North Carolina.

Northwestern is shocking the country and is in sole first place in the Big Ten after beating Michigan State and Ohio State. Southern Illinois is undefeated at 6-0 prior to conference play, followed by Loyola Chicago and Bradley, in a tight Missouri Valley Conference. Don’t forget about the Fighting Illini either, who are in the conversation to make a deep run in March Madness.

Another state with a variety of teams, Virginia has teams representing the state in plenty of conferences. Liberty sits at the throne of the ASUN Conference. Richmond and George Mason are both only half a game back in the Atlantic-10, while Virginia Tech is tied for first in the ACC with UVA just half a game back. Old Dominion is 4-2 with conference play beginning shortly in Conference USA.

Toledo, Bowling Green, Akron, and Kent State are a combined 18-7 and are all within one game of each other in a hunt for the automatic bid from the Mid-American Conference. Wright State is in control of the Horizon League at 5-1 while Dayton shows they’re still a solid team at 4-1. Ohio State is 7-2 in a competitive Big Ten and Xavier is 8-1 just a game and a half back in the Big East.

These eight teams combined are averaging less than one loss per team. We start with Baylor and Houston who are both undefeated. Add the Texas Longhorns to that group and you have THREE teams representing the state of Texas in the top 10. Texas Tech and TCU are both 7-2 in the Big 12, one game back from the Kansas Jayhawks. Texas A&M is 5-1 in the SEC while SMU is 5-0, bringing the total number of undefeated Texas teams to three. Abilene Christian is 7-2 and in second in the Southland Conference.

These teams have dibs on representing their respective states as of right now, but who will be the last one standing and be able to call themselves the real deal at the end of the college basketball season?

Featured image from ‘A Sea of Red’