Kentucky Basketball Needs to Figure it out 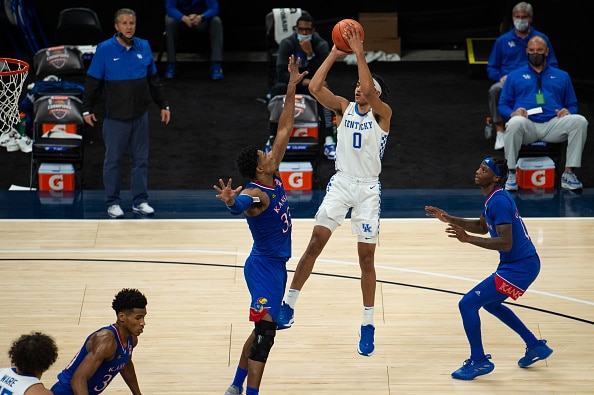 Kentucky basketball is going through some tough times right now, losing its last three games and clearly struggling on both ends of the court.

Most recently, Coach Cal’s squad was embarrassed by Georgia Tech, a team picked to finish in the bottom third of the ACC and fell to in-state mid-major Georgia State earlier this season.

The Wildcats clearly need to figure out how to get back to blue-blood status, not to finish at the top of their league, but to make the tournament at all. Coach Calipari said, before the season, “I’ve got both feet and hands on the panic button.” But this strategy does nothing but brace for defeat. Kentucky has the pieces to compete, but with a different strategy than what they used in the past to be successful.

Kentucky basketball averages 67.3 points per game in the early season and currently score 107 points per 100 possessions, which is 53 best in the country. This will not cut it for a team with five-star studs who were recruited to score, especially when Kentucky has not rebounded particularly well. The Wildcats need to take advantage of their possessions, as they do not have many compared to other squads in college hoops due to their tempo.

Tempo is another issue. Kentucky is fine in transition, but the Wildcats are playing faster than they usually do when they have success. Take the 2015 dominant Kentucky team for example, who averaged 62.4 possessions per 40 minutes. This is because they waited for a high percentage shot and scored efficiently.

This season, Kentucky basketball averages 71.4 possessions per 40 minutes. It does not seem like a big difference, but they are shooting just 43% from the field compared to 48% in 2015 and 46% last year. In addition, Kentucky is shooting 2.5 more three-pointers a game this season, at a lower clip as well.

The defense is fine. At 66.3 points a game, Kentucky needs to score, and at a higher percentage. Fast tempo is not the key to success for Coach Cal, nor will it be in the future.

Kentucky has to go big. Jacob Toppin is eating minutes on the bench when he is more than capable of knocking down a shot and rebounding well. Devin Askew averages six points a game on 36.8% shooting, yet is still in the starting lineup and earning more minutes than those on the bench.

With Toppin in the starting lineup, Terrance Clarke moves up to the shooting guard position and the lineup is a lot bigger and stronger. This means better rebounding, but also higher percentage shots and less three-point attempts.

Kentucky basketball will figure it out this season. The talent is too elite to have a record below .500, but whether or not they figure it out before conference play will determine if the Wildcats are contenders or spoilers.