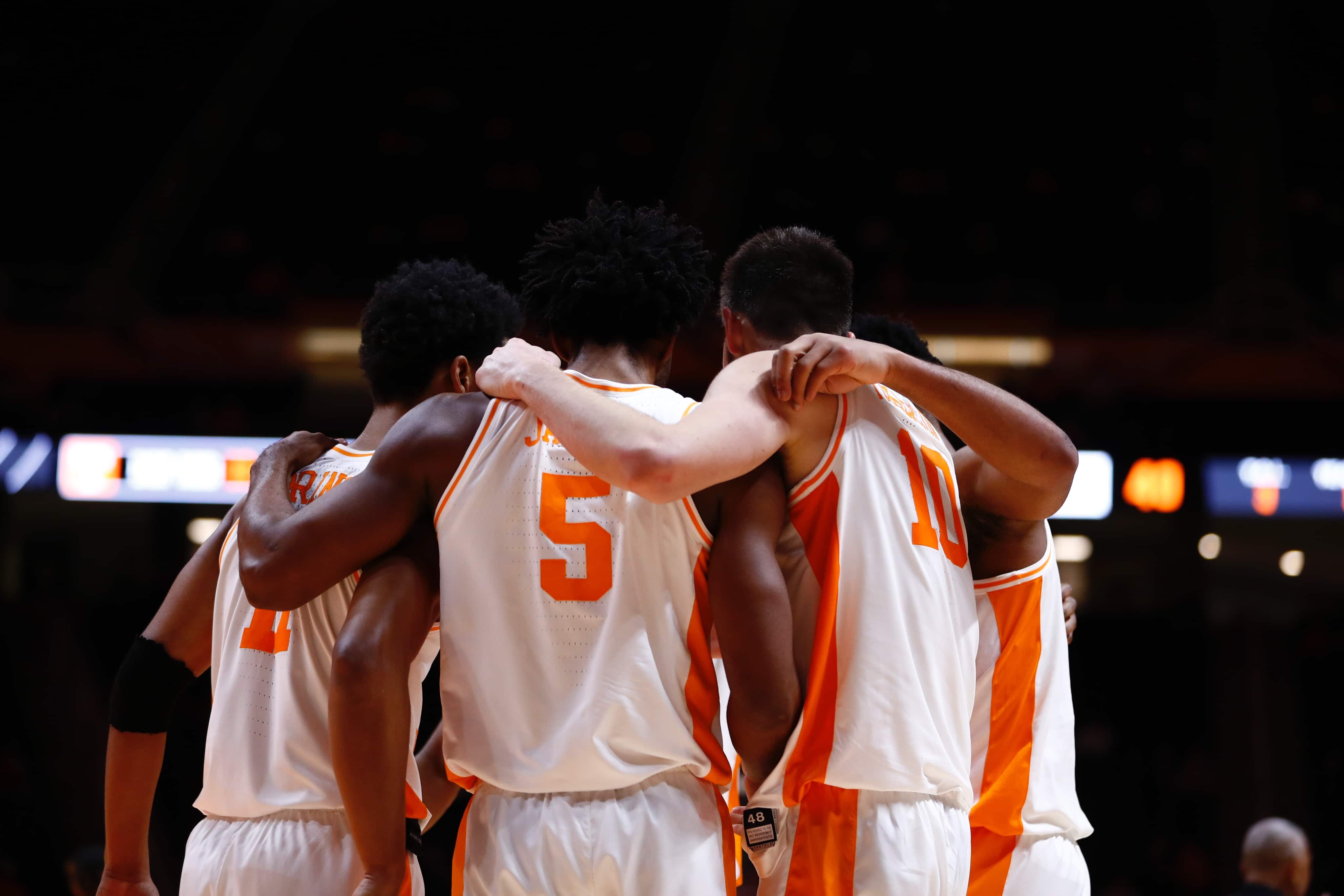 Cincinnati vs Tennessee may have given the Vols a slight stage to show their skill.

Cincinnati vs Tennesse was one of the best games on paper on Saturday afternoon. The Volunteers quieted the Bearcats winning 65-56. The battle of attrition went to the Volunteers on the back of John Fulkerson. The senior big man for the Volunteers put up a double-double going 4-of-11 from the Field and making 7-of-8 free-throws while grabbing 12 rebounds.

Cincinnati men’s basketball was in trouble from the beginning against the Tennesee Volunteers on Saturday afternoon. With 2 minutes left to play in the game, the Center Chris Vogt fouled out. For most of the game, Keith Williams rode the pine, picking up 2 fouls in the first 5 minutes, and then sat out most of the second with 4 fouls. This was a similar story for Tari Eason. Rapolas Ivanauskas, after picking up his third foul in the first half, was able to maintain that through the rest of the game. Mike Saunders for Cincinnati Bearcats also had 3 fouls throughout the game. This allowed Tennessee Volunteers men’s basketball team to really attack the Bearcats. The Volunteers made it to the line28 times and made 23 points from the free-throw line. The Cincinnati men’s basketball team outperformed in actual gameplay, having a better shooting percentage from the field and the 3-point line.

2) Tennessee defense is for real

In a game that the Volunteers were not able to hit their shots but could make their free-throws. The Tennessee Volunteers ranked tied for second nationally, with Fresno State allowing 47.0 points per game. This goes up today but will remain in the top 10, only allowing offenses to put up on average 51.5 points in the two games played. The Volunteers’ men’s basketball team caused 17 turnovers and rebounded the Bearcats 45 to 34. This may not sound a lot, but the Tennessee team grabbed 14 offensive rebounds and showed how dominant they were, only allowing Cincinnati to have 6 in the game. The smart play and free-throw percentage allowed the Volunteers to come out with a win.

The Cincinnati men’s basketball team seems to be in an identity crisis. What kind of team do they want to be? At this point, the team has all the pieces it needs to be successful. The addition of Ivanuaska and Eason have been huge lifts for the team. However, Ivanuaska is struggling to find his shot and build a more stable role. Last year, he was a beast for Colgate, but the transition is showing. Tari Eason has settled down and been putting up good numbers. The players today did not seem hungry. The team wasn’t going at players to cause fouls and get to the line. The controlled aggression was seen from Vogt, but some poor decisions led him to be in foul trouble and forced into limited minutes. The other players were not being as aggressive, which may have been due to getting into foul trouble early. I feel like there are some growing pains for this team. As the season goes on, this Bearcat team should figure some things out with Coach John Brannen. There is a lot of hope for this with all the right pieces.

Luckily, Cincinnati took advantage of the more games played this year to keep the game close. The Bearcats were also lucky that the Tennessee Volunteers continue to struggle offensively, shooting 32.2% from the field and 2-for-12 from 3-point range. This is something that I am sure Coach Jeremy Pruitt will be working on as well, so they do not need to rely on their defense, free-throw shooting, and rebounding. Tennessee gets Appalachian State on Tuesday, December 15. Cincinnati men’s basketball starts conference play Wednesday, December 16, against USF.