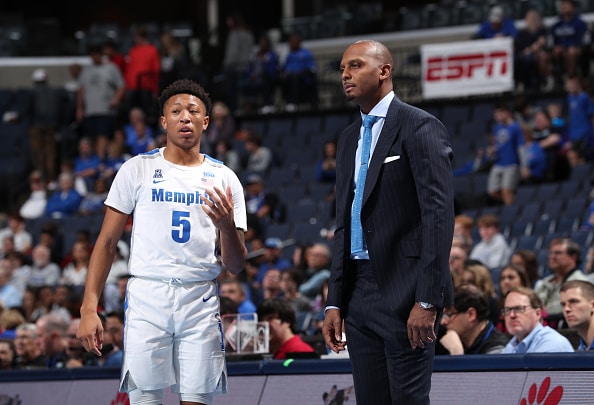 The 2020-21 college basketball season is starting to find some flow amidst all the uncertainty each day brings to the sport.

Here are three games to wager on for this week’s slate:

The Spiders are fresh off a 77-72 victory Monday afternoon over Wofford, in which senior guard Jacob Gilyard added 18 points including a dagger three-point basket. The Spiders will get to face an Aj Green-less Panther team, as the star UNI guard has been ruled out with a hip injury. Green’s absence is a huge blow, in the three games he has played this season he has accounted for at least 30% of his team’s offense. Without their lead guard, Northern Iowa will struggle to make enough shots in order to cover this eight-point spread.

UCLA looked back to form in their last game, a 20-point victory over Cal. The Bruins added forward Jalen Hill back into the rotation, and it’s looking more like they’ll get wing Johnny Juzang back for Friday’s contest. The Golden Eagles do match up well against this Bruin roster, but I expect the Bruins hot shooting to carry over into Friday night. I still have some concerns over Marquette’s perimeter defense as well. The first team to 65 points wins this one, I’ll side with the Bruins here.

After a disappointing 1-2 start that resulted in a 4th place finish in the Bad Boy Mowers Crossover Classic, the Tigers have reeled off three straight victories to get over .500 on the early season. Coach Penny Hardaway and the Memphis Tigers look to secure a resume-boosting non-conference win over Auburn. Memphis’ defensive intensity should make generating consistent good looks tough on Auburn. While Auburn does have the size to match Memphis, this game will be won by whichever backcourt steps up. I’d rather be on the side of Boogie Ellis, Lester Quinones, and Landers Nolley to cover this spread. Back Memphis in this one.