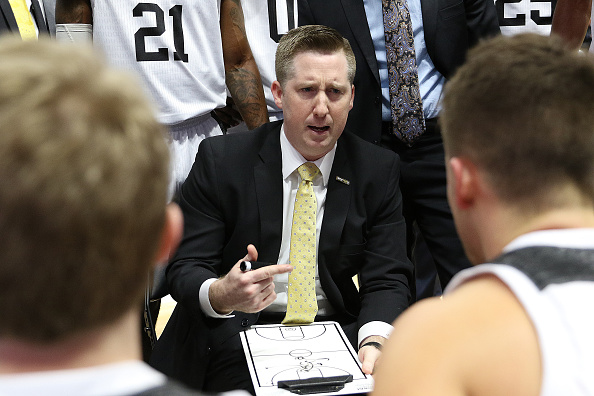 The final installment of this series takes a look at the last group of first-year head coaches at the mid-major level. You can find part two here. The final group of coaches ultimately had more success than most, exceeding a lot of preseason expectations.

Carmen Maciariello may have been in his first year as Division I head coach, but he certainly guided Siena like a veteran. The alum led the Saints to a regular-season conference title in year one and was well on their way to a likely NCAA berth before the COVID-19 pandemic. Maciariello’s success should not be surprising, as he was an assistant the past few years as Siena built itself back into a MAAC threat. As he continues to develop Jalen Pickett, year two could see the Saints rank as one of the best mid-major teams in the nation.

Brian Barone became the head coach at SIUE after being an assistant there prior. He also previously served as an assistant at Green Bay, where he was instrumental in player development. Year one was not the greatest, but the Cougars did manage to upset Belmont early in conference play. Barone has been around the program long enough to know that it has not had a winning season at the Division I level. However, if he can develop his players here like he has done elsewhere, that could change in a few seasons.

Eric Henderson is another first-year guy at the D-I level who was an assistant before taking the head job. He stepped into a great situation, as South Dakota State has been a stalwart in the Summit League and at the mid-major level for close to a decade now. Henderson did quite a job, leading the Jackrabbits to a share of the regular-season title. He earned conference coach of the year honors while also coaching the league’s player and freshman of the year. South Dakota State did not lose at home all year and had a top 30 offense nationally. Year two for Henderson should be more of the same.

David Kiefer continues the trend of being an assistant before being a first-year head coach. Year one saw the Lions regress from last season. However, Kiefer was part of a coaching staff that brought Southeastern Louisiana back to relevance in the Southland Conference, so he knows what it takes to get them back there. He is known for player development, and he will need to use those skills to help with the turnaround. Kiefer has a host of recruits as well as three-star small forward Jamon Kemp incoming for the 2020-21 season.

Bryan Mullins’ playing career at Southern Illinois etched him in Saluki lore. He is hoping to do the same as a coach now, and year one was a step in the right direction for that. He guided the program to a fifth-place finish after being picked last in the preseason poll. Last season saw the Salukis have a seven-game win streak, the longest since 2007-08. Their 10 conference wins were also the most ever by a team picked to finish in the basement in conference history. Mullins has most of his team back for year two, meaning Southern Illinois should be better next season.

Jay Ladner helped the Golden Eagles win the NIT during his playing days. He did not have quite as much success in his first year coaching his alma mater. Southern Miss was competitive, but could not close the gap between the rest of the conference this past season. Ladner knows what it takes to succeed from his playing career and his previous five years leading Southeastern Louisiana. He will need to continue to build the program up, which should be a little easier with two of last season’s three leading scorers returning. 2021 four-star point guard Gerald Doakes could also help if he commits.

Donnie Jones took on his third Division I head coaching job at Stetson last season after prior stops at UCF and Marshall. He made a great first impression, leading the Hatters to a nine-win improvement, the best by a first-year head coach last season. His 16 wins were the most by a first-year head coach in school history and the most by the program since 2007-08. The highlights of the season included a win over South Carolina, the Hatters’ first over an SEC school since 2004, and a win against eventual conference champion Liberty. With freshman of the year Rob Perry back, Jones should have Stetson even more competitive in year two.

Geno Ford took over at Stony Brook after being the associate head coach the year before. He stepped right in and continued the success of the mid-major program, guiding the Seawolves to their seventh 20-win season in the last nine years. The system that he has in place should continue to have Stony Brook contending with Vermont in the America East for years to come. For year two, Ford has a number of JUCO players coming in. He also has two three-star recruits on the radar for the 2021 class.

John Pelphrey is another guy who has had prior coaching experience, leading Arkansas years ago. He also has been an assistant at other SEC schools. He hopes to bring SEC success to Tennessee Tech, though year one was rough, especially on offense. The Golden Eagles were sub-300 in both points per game and offensive rating last season. However, Pelphrey has a young team and his top two scorers back, so he should see improvement in year two. He did guide Tennessee Tech to a victory over Big South champ Winthrop.

Scott Cross came to Troy after spending 12 seasons turning Texas-Arlington into a consistent mid-major winner. Trojan fans are hoping he can do the same thing for their team. While year one was not great, Cross did see his team pick up three of their five conference victories against Georgia State and Little Rock, proving they can compete with the best. He will have to really focus on player development in year two with a young team in place. However, he will receive a boost with the addition of four-star shooting guard Antwan Burnett.

T.J. Otzelberger’s first year in Las Vegas may be most remembered for being the coach of the team that gave San Diego State their first loss of the season. However, he also shocked many by guiding the Rebels to a second-place finish. Otzelberger only knows success after winning previously at fellow mid-major South Dakota State, and he has breathed life back into a former college basketball powerhouse. Expectations will be even higher in year two, but Otzelberger has a blossoming star in Bryce Hamilton as well as four-star power forward Jhaylon Martinez and three-star shooting guard Nick Blake headlining the incoming recruiting class.

Mark Madsen took on his first-ever head coaching position at the Division I level this past season. He led a team that focused on defense, with the Wolverines setting a new single-season program record for blocks. While the record does not show it, Utah Valley fought hard throughout Madsen’s first season. They were the only team to defeat Summit League champion North Dakota State in Fargo, and they also swept Grand Canyon for the first time in six seasons. Madsen will have a young team in year two, but does have UAB transfer guard Jordan Brinson coming in to help boost the roster.

Dane Fischer led William & Mary to their best season in 70 years. He guided the Tribe to a second-place finish after being picked seventh in the preseason poll. Furthermore, he captured league coach of the year honors while also helping Nathan Knight take home both the CAA player and defensive player of the year awards. All this in just his first season as a D-I head coach. Fischer will be tested a bit more in year two with a much more inexperienced roster, but he is still a coach on the rise.

Jay McAuley had a tough act to follow with Wofford coming off its best season in school history. While the Terriers did take a step back, McAuley still led them to 19 wins and a second-straight appearance in the Southern Conference championship game. He also guided his team to a win over then-ranked North Carolina in December. McAuley now has the task of putting his own stamp on the program as most of the key players from the historic 2018-19 season are gone. The continued development of Isaiah Bigelow and Messiah Jones as well as the arrival of South Florida transfer B.J. Mack will be the key to year two.