What if? 2019 NCAA Tournament Edition 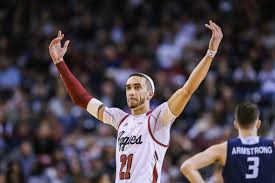 We’re all missing college basketball and I found myself checking out some of the very close and intense games that the 2019 NCAA Tournament had to offer.

For this reason, I began thinking about what could have happened if a certain shot fell in or a certain play hadn’t happened in one of these very close games. I’ll be providing these scenarios for the 2019 NCAA Tournament and my prediction of the major changes to the tournament that would have happened from these butterfly effects.

Outcome: New Mexico would have defeated Auburn in a #12 to #5 seed upset

Possible Future Changes: I would imagine that Kansas would have beaten this New Mexico State team that was riding their momentum instead of losing to Auburn. I then would think that the same Kansas team would beat UNC and lose to Kentucky in the Elite 8. This would send the Wildcats to face the Cavaliers in the Final Four. Even with this major change in the bracket, I still believe that this specific Virginia team was too defensively overpowering for Kentucky to deal with.

Scenario #2: UCF gets one of their last-second shots against Duke to fall in

Outcome: UCF defeats Duke in a massive #9 to #1 seed upset

Possible Future Changes: I think UCF, with the momentum from beating Duke, defeats Virginia Tech but falls to Michigan State. They were playing excellent against Duke, to begin with, and I believe that they just got very unlucky at the end. Although this may be a stretch, I also see this Michigan State team beating Texas Tech this time around. Dealing with a great scorer in Aubrey Dawkins and a big man in Tacko Fall would help them understand how to defeat Texas Tech. They would be able to better cover Jarrett Culver and big man Norense Odiase and they would play Virginia in the NCAA Championship.

Scenario #3: Mamadi Diakite (Virginia) misses the game-tying shot to send the game against Purdue to OT

Possible Future Changes: In my personal opinion, I believe that Purdue was one of the hottest teams coming into the tournament, and especially after Carsen Edwards’s performance, they would be a force to be reckoned with. I think they could have beaten Auburn in the Final Four and beaten Texas Tech in the NCAA Championship. I know this is very bold but the way they played against the Cavaliers and barely scraped by shows that they have that high caliber offense to compete against Texas Tech.