Who would have won the 2019 NCAA Championship if players had to stay all four years? 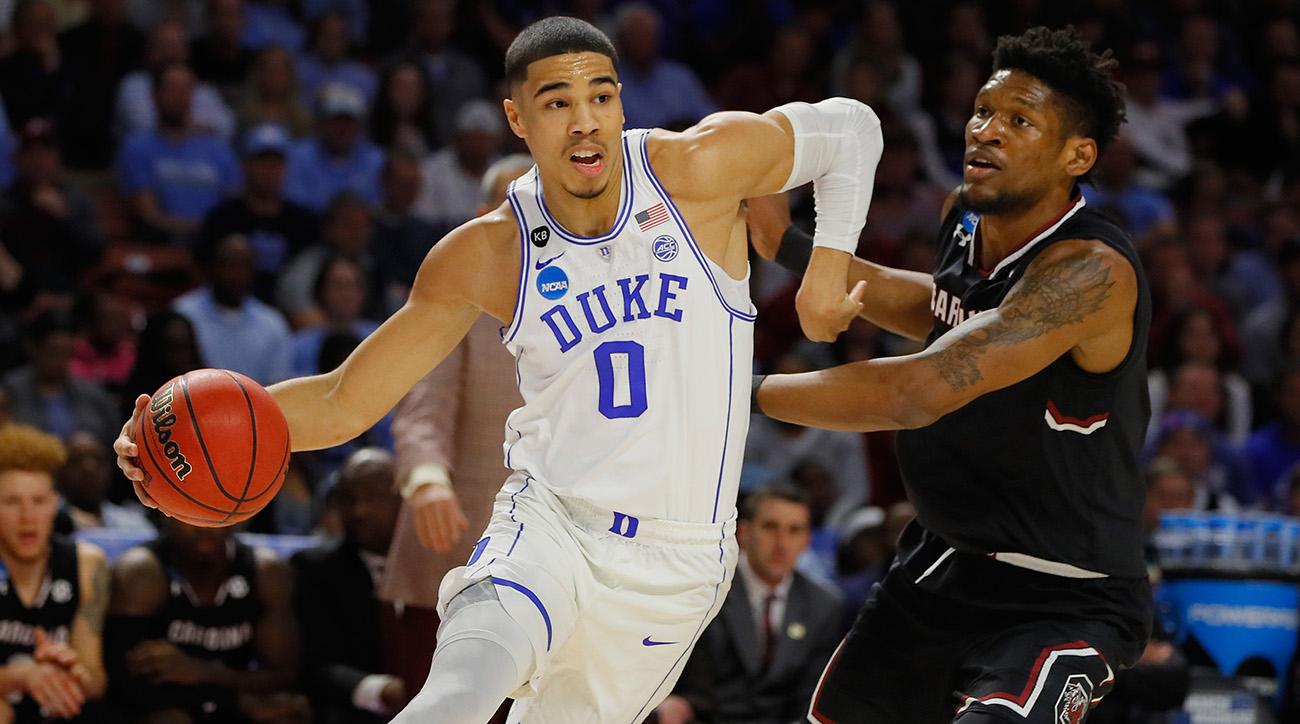 Last year, I tried this out for the first time.  A Sweet Sixteen bracket of the best teams in the country – if leaving early wasn’t allowed.  Today we look at the 2019 edition.

First a few ground rules and changes.  There will only be 8 teams in this tournament.  I have seeded them 1-8 and have scenarios for every game leading up to the National Title Game.

No disrespect to the Spartans, but this Duke team is just too loaded with NBA talent.  Zion Williamson and Brandon Ingram combine for 50, as the Blue Devils roll past Miles Bridges and Michigan State.

In a tightly contested contest, Josh Jackson puts the Jayhawks ahead early.  Sean Miller makes some halftime adjustments, putting Markkanen and Ayton both in the post, and the Wildcats are just too much for Kansas to handle down low.

A bit closer than some may think, Nova’s defense stops Kentucky for a good portion of the first half.  Then Kevin Knox and Jamal Murray get going and Kentucky wins the battle of the Wildcats.

The last of the first round games ends in an upset.  Donovan Mitchell leads the Cards in scoring with 33, but coach Pitino can’t find a steady second option for the whole game.  Meanwhile, Lonzo Ball and TJ Leaf connect early and often, combing for a few highlight plays along the way.  Bruins find themselves in the Final Four.

This is closer than a lot of people expected.  Ayton and Markkanen again put up big games, and Allonzo Trier has a 20 point outing himself.  However, Jayson Tatum provides a HUGE game off the bench, and Duke finds themselves with a chance at a National Championship.

Kentucky just has too much talent and speed for the Bruins to keep up with.  Jamal Murray scores 25 and drops seven dimes, while Bam Adebayo dominates defensively with four blocks.  Wildcats into the championship game.

For the second straight season, these two meet in our “What If” title game.  This time around, Duke is even more loaded, as Kentucky cannot find a way to handle Zion/Tatum.  The Wildcats do find some scoring, as Gilgeous-Alexander puts up a cool 23 points, but in the end, Marvin Bagley III becomes the third scorer Duke needs, and the Blue Devils put this game out of reach.