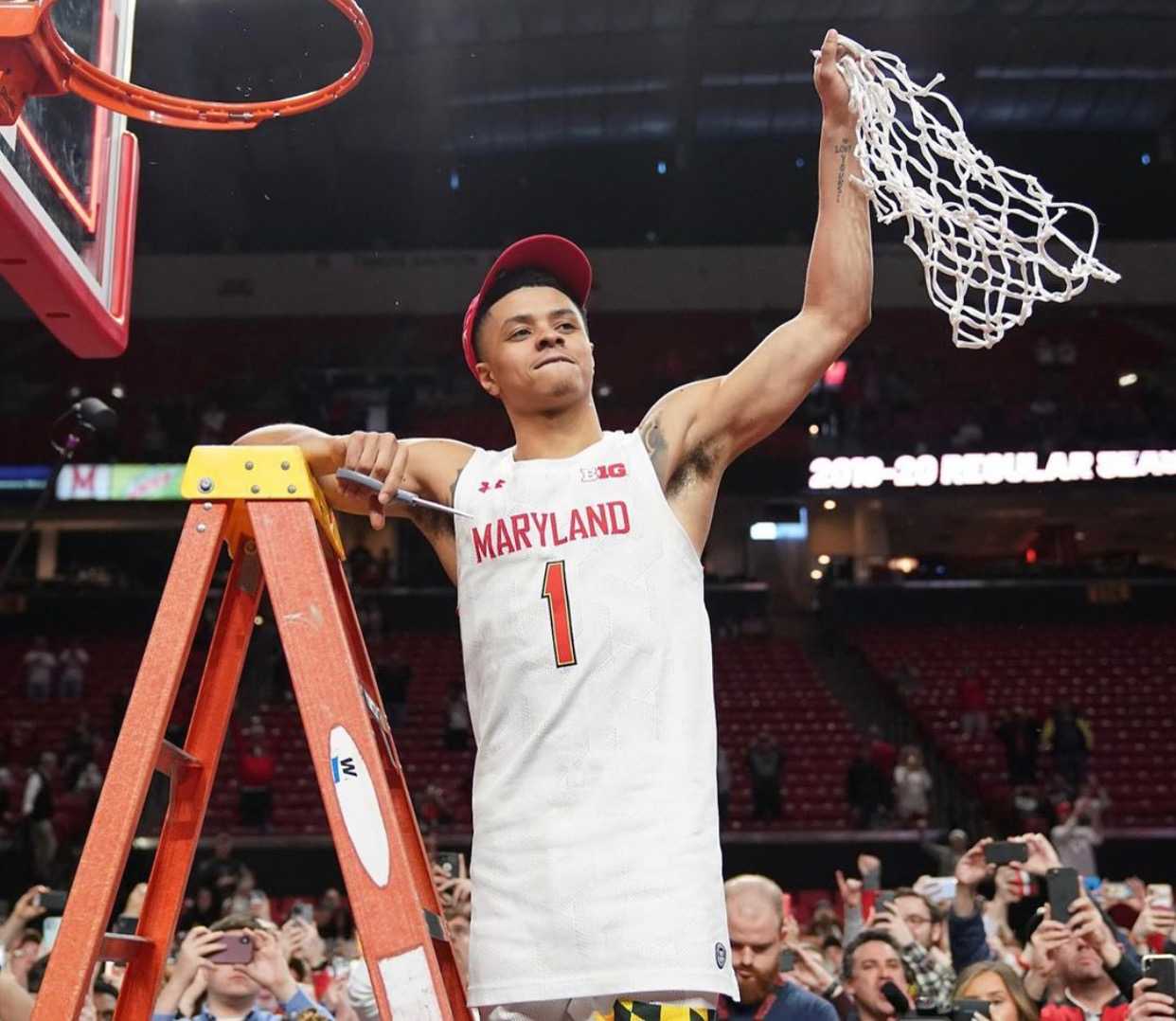 During his time at Maryland, point guard Anthony Cowan was the anchor for the Terrapins. In four seasons at College Park, Cowan started every game during his tenure there.

In Cowan’s first game at Maryland, the 6-foot guard scored 12 points. He was playing alongside former Terps guard Melo Trimble who served as a role model for Cowan.

After Trimble declared for the draft, Cowan took over the starting point guard position. Trimble and Cowan had similar play styles and were both clutch players for the Terps. Cowan’s experience from his freshman year was crucial for him.

Throughout his career he hit numerous game-winning/tying shots. Two of his most clutch games were this past season. Without him, the Terps likely wouldn’t have beaten Illinois or Michigan State. At home against Illinois, Anthony Cowan made a game-tying three-pointer from the Gary Williams logo in the Xfinity Center. Following the shot, Cowan forced a steal and was fouled sending him to the free throw line with 2.1 seconds left and the score knotted up at 58. Cowan made the first free throw and missed the second one purposely. The Terps won the game 59-58.

At Michigan State, the Terps dominated the first half. However, Michigan State fought back in the second half and went on a run to give them the lead late in the game. The Spartans led the Terps 60-56 with 2:30 left in the game. Cowan made three consecutive three-point field goals which put the game away. His 11-0 run to finish the game in Lansing was one of the greatest moments of his college career.

During his senior season, Cowan showed why he was one of the top guards in college basketball. His leadership and skill level really showed when the Terps most needed it. In Cowan’s final game as a Terp, he scored 20 points, eight assists, and four rebounds on senior day against Michigan. Although he did not know that it would be his last game, he went out just like he started his tremendous Maryland career.