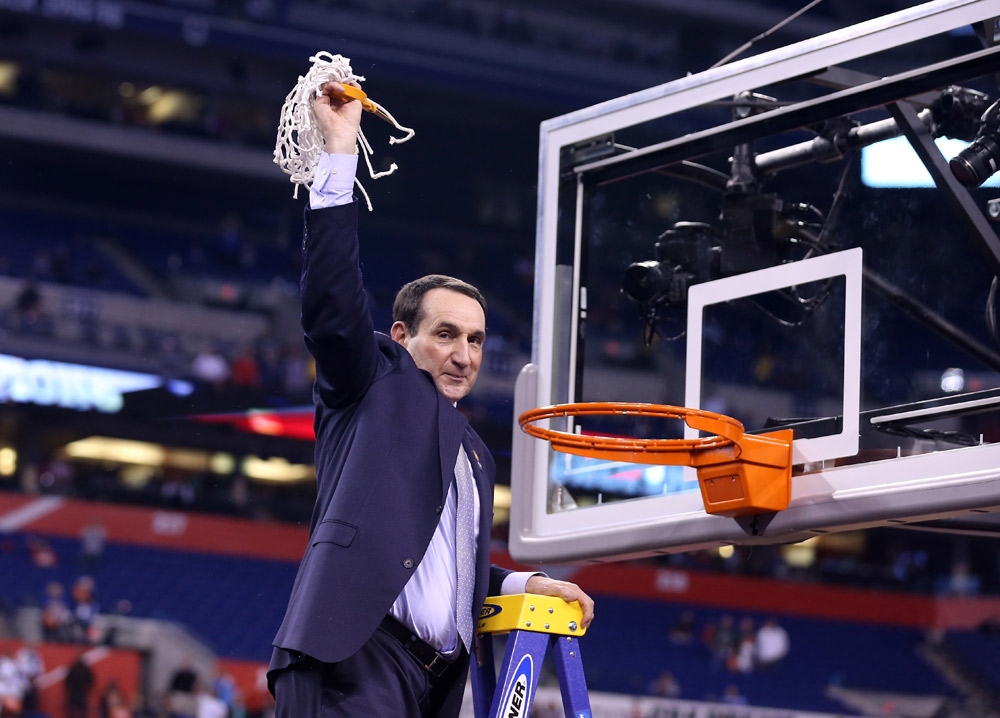 There are so many great college basketball coaches, all with unique last names.

Some letters, like B and W, have an elite group of coaches (as you will see), while some letters interestingly enough, do not have a single D1 coach with the last name that starts with it. These rankings are not based on how good of a coach they currently are but focus more on their overall career. To do so, a few aspects were taken into account like conference record, tournament appearances and wins, and of course, championships.

This one was a no brainer. Altman is arguably the best coach in the Pac 12 and one of the best in the country. Other Options: Mike Anderson (St Johns), Casey Alexander (Belmont), Jimmy Allen (Navy), Tommy Amaker (Harvard).

This one was definitely the most difficult. Tony Bennett (Virginia), Boeheim, and Chris Beard (Texas Tech) are all top college basketball coaches at the moment, but over his career, only one coach has amassed more wins than Boeheim. It isn’t out of the question that Bennett may end up having a better career, especially with a championship already under his belt, but right now it is Boeheim. Other Options: Rick Barnes (Tennessee), Randy Bennett (St. Mary’s).

Calipari is another top coach in the country and his competition doesn’t come near his accomplishments. Other options: Tom Crean of Georgia, Ed Cooley of Providence, Pat Chambers of Penn State, and Mick Cronin of UCLA.

The letter “D” didn’t have a lot of big names which may be surprising, and Drew takes the throne for this reason. Drew led to team to a projected one seed this year and has turned Baylor into a title threat for years to come. Brian Dutcher of SDSU was another great option, but besides this season the resume isn’t strong enough. Other options: Jamie Dixon (TCU), Kermit Davis (Mississippi), Johnny Dawkins (UCF).

This one was between Ellis and Andy Enfield (USC). While Ellis may not coach at a high profile school now, he did coach at Auburn and Clemson, and with over 800 career wins there are few college basketball coaches with more career success than him. Other options: Patrick Ewing (Georgetown), Jim Engles (Columbia), Brian Earl (Cornell).

Outside of the Power 6, Mark Few is the best coach in college basketball. Gonzaga is a consistent top 5 team, and a large part is due to Few. Other Options: Steve Forbes (Wake Forest), Mark Fox (Cal), Travis Ford (St. Louis), Matt Figger (Austin Peay).

Like Drew vs Dutcher, Gard has more success over the past few years, but Anthony Grant (Dayton) is coming off a coach of the year award. If Dayton can remain a top 15 for the next few seasons, then Grant is sure to pass him. Other options: John Gallagher (Hartford), John Groce (Akron), Joe Gallo (Merrimack).

Huggins is one of the winningest coaches in history and with few exceptions is a lock for the tournament every season. Leonard Hamilton (Florida State), was another top option but couldn’t beat Huggins. Other Options: Chris Holtmann (Ohio State), Mike Hopkins (Washington), Bobby Hurley (Arizona State).

Jans has been absolutely incredible in his three years at NMSU. As a coach, the team has gone 42-3 in conference play and has quietly become a top 5 mid-major team in the country under Jans. Lavall Jordan is the only Power 6 coach with a “J” last name. Other Options: James Jones (Yale), Ben Jacobson (UNI), Tim Jankovich (SMU).

This one is another no brainer, as Coach K is one of the best if not the best college basketball coaches all time and probably the best active coach. Other Options: Kevin Keatts (NC State), Lon Kruger (Oklahoma), Larry Krystkowiak (Utah), Kyle Keller (SF Austin).

A coach of the year winner and one of the few active coaches to make a final four, Larrañaga has had one heck of a career. Other options: Todd Lee (South Dakota), Shantay Legans (Eastern Washington), Matt Langel (Colgate), Jeff Linder (Wyoming).

Despite recent struggles and allegations, Miller has been extremely successful. He has 7 conference titles between Xavier and Arizona and has led his teams to 3 Elite 8s. Chris Mack (Louisville), is the better coach at the moment and has the potential to pass Miller in his career. In fact, Miller might be the worst of the five college basketball coaches currently, but career wise he is the best. Other Options: Greg McDermott (Creighton), Ritchie McKay (Liberty), Fran McCaffrey (Iowa).

There are only three college basketball coaches with an “N” last name, and one of those coaches has a 3-29 record. Nagy has led his teams to the second round of the tournament twice and is in an elite club of coaches with 500 wins. Other Options: Jeff Neubauer (Fordham), Brett Nelson (Holy Cross).

At Buffalo, Oats led the team to very successful seasons and back to back second-round visits in the tournament. Ryan Odom is definitely the fan favorite for this letter though, as his coaching led to his UMBC Retrievers taking down the #1 seed Virginia. Other Options: Fran O’Hanlon (Lafayette), TJ Oltzelberger (UNLV).

Wherever Pearl goes, wins follow. Pearl has won his conference with 4 different schools and has made a final four. Other Options: Mark Pope (BYU), Steve Phrom (Iowa State), Matt Painter (Purdue), Richard Pitino (Minnesota). Rick Pitino could have also made the list but the vacated title and absence made him ineligible.

Self is a champion, Hall of Famer, has made the tournament every season at Kansas, and has won his conference 19 times. Other Options: Travis Steele (Xavier), Kelvin Sampson (Houston), Shaka Smart (Texas), Jerry Stackhouse (Vanderbilt).

Turgeon has done a great job at Maryland, leading his team to 20 win seasons all but one year since they moved to the Big 10. Other Options: Wayne Tinkle (Oregon State), Russell Turner (UC Irvine), Rodney Terry (UTEP), Andrew Toole (Robert Morris).

Surprisingly, Underwood is the only coach in college basketball with a last name starting with U. Underwood is a good coach and would have gotten this spot either way.

This was another difficult one between Williams and Jay Wright (Villanova). Both are elite tier coaches, but Williams has one more championship and a lot more wins and is one of the best college basketball coaches of all time. Wright would easily win under nearly any other letter. Other Options: Kevin Willard (Seton Hall), Steve Wojciechowski (Marquette), Will Wade (LSU).

Young was very inconsistent at Wofford but did have a 30-5 season and a second-round appearance in the NCAA tournament. There are only three college basketball coaches with the last name “Y”. Other options: Jay Young (Fairfield), Luke Yaklich (UIC)

One thought on “Best Active College Basketball Coaches by Letter”