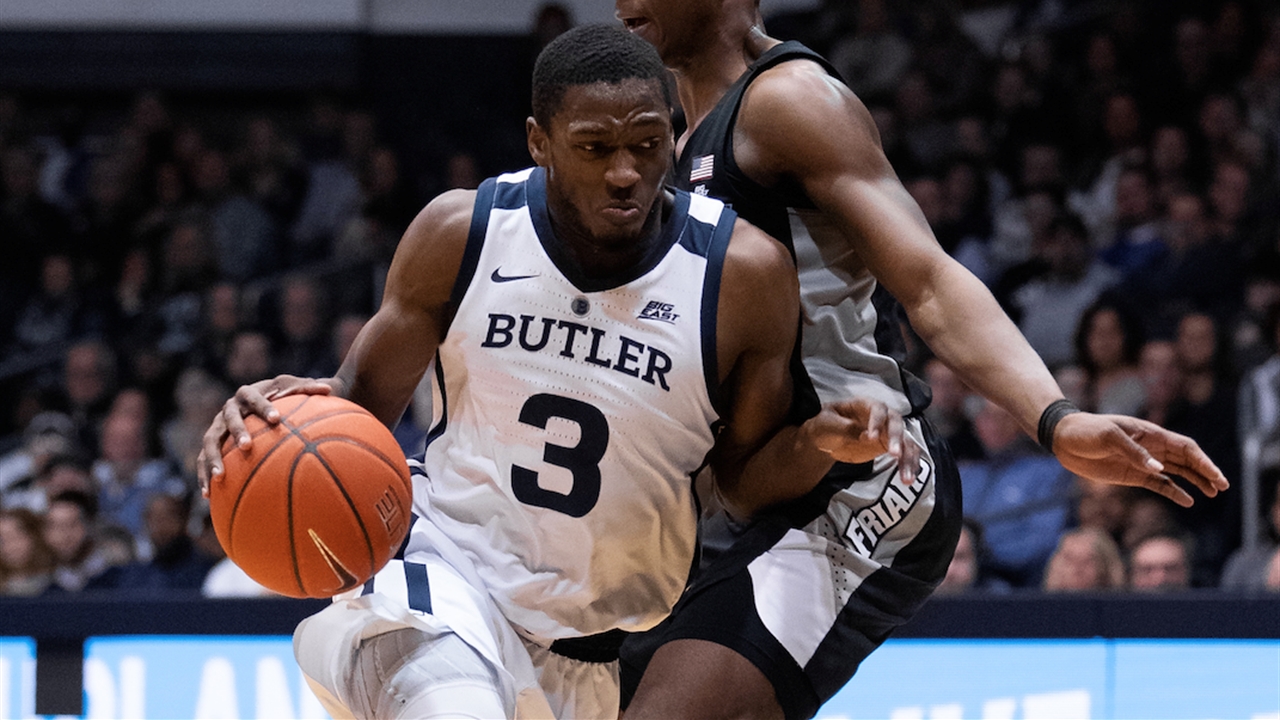 Butler basketball will need to dig deep in the 2020-2021 season to replace four-year starting shooting guard Kamar Baldwin. Baldwin was the focus of every defense for the past two years for Butler’s opponents. Whatever the task, whatever the challenge, Baldwin handled it with poise.

Not every player can say they ended their collegiate career with a game winning 3-point basket to beat an in-conference rival. Kamar Baldwin did just that. Unknowingly, that it was his last game in a Butler uniform, Baldwin dismantled Xavier for a career-high 36 points.

Baldwin was much more than a one-trick pony for Butler. He was the exact workhorse the Bulldogs needed to bring Butler out of a subpar season and back into the national conversation. He performed well on both ends of the floor and grew into the leader that exemplified the Butler Way to perfection.

Throughout four years as a Butler Bulldog, Baldwin played in 133 games while starting 122 times. He was an important role player in his freshman season behind the teams leading scorers Kelan Martin and Andrew Chrabascz. Baldwin also led the team in steals averaging nearly two steals a game. Baldwin bought into the Butler Way quickly and knew that his time would come and was ready to do whatever it took for his team to win.

The spotlight didn’t shine far from Baldwin in his freshman season as the Bulldogs reached the Sweet 16 before falling to the eventual national champions North Carolina. In just the second game of his career, Baldwin nailed an elbow jumper with 0:02 remaining to defeat Northwestern. Little did Butler fans know that they would be seeing that mid-range jumper at a high level in the years to come. Later in his freshman season, Baldwin sealed the deal as Butler defeated the defending national champions and the #1 Villanova Wildcats as Baldwin picked Josh Hart’s pocket with just under a minute to play finishing with a reverse layup. The victory gave the Bulldogs their first-ever win over an AP #1 in Historic Hinkle Fieldhouse.

Continuing the theme, Baldwin calmly made two free throws with 0:03 to defeat DePaul in overtime by one point. In his sophomore year, he hit a 3-pointer with 0:16 left to send a game to overtime against Ohio State. But he saved his most dominating performances for his spectacular senior season.

With 0:05 seconds on the clock, Baldwin stepped into his trademark right elbow mid-range jumper to give the Bulldogs a one point win over Stanford. He scored 31 points against Marquette. Finishing with 29 in the second half and overtime to erase a nine point second half deficit. And before his career ending shot knocked off Xavier Baldwin had one more as his 3-point basket on the buzzer gave the Bulldogs a win over #10 Villanova.

Butler basketball got much more than heroics from Baldwin. Butler basketball just spent four years with a consistent winner. Baldwin scored nearly 2000 points in his career, a mark that most likely would have been reached without the stoppage of play. Baldwin averaged 14.7 points per game while shooting 44.6% from the field. Baldwin shot nearly 50% from 2-point range and hauled in nearly 5 rebounds and dished out 3 assists per game. Defensively, Baldwin averaged 1.5 steals per game and many times was the lockdown defender who stopped opposing teams star players.

Baldwin did it all!