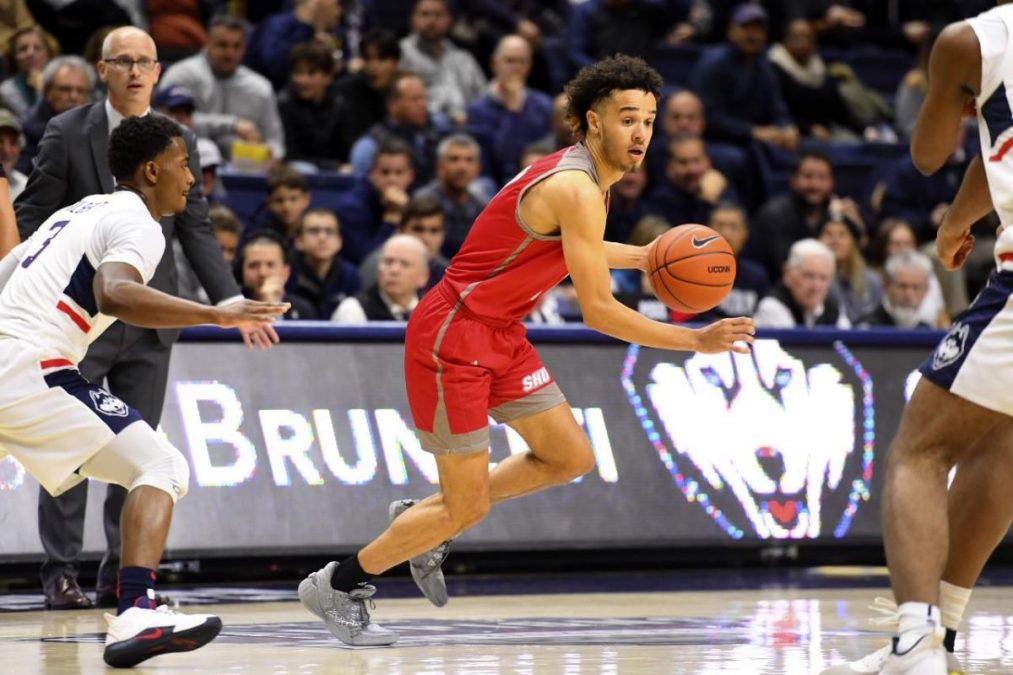 This season was full of crazy stat lines, but some stood out more than the others.

From surreal point totals, record-breaking assist numbers, and even a 25 point 25 rebound performance, here are the 5 craziest stat lines of the season.

For most, a triple double contains 10 or more points, rebounds, and assists. In a win against UMKC, Kennedy decided he wanted to achieve triple double status, but with blocks instead. His 10 block performance was tied for the most by any player this season and was one of two players in all of Division I to get a triple double without assists. Kennedy recorded more than three times the amount of blocks as the opponent, and also led his team in rebounds. This stat line is impressive, but the next four will leave you in awe.

The first impressive feat is that Flowers played 45 minutes. This means he played every single minute of the regular game and the extra five minutes of overtime without rest, making him the only player on either team to do so. What really stands out is grabbing 27 rebounds in a single game. To put into perspective how impressive this is, the entire Merrimack team, the opponent of Flowers, rebounded the ball 27 times the whole game. The 27 rebounds are the most of any player this season by a large margin, with the next highest being 24 rebounds.

Add on his 25 points (a game-high) and 3 blocks (a team-high) to his 27 boards for a stat line that will be remembered by Flowers and LIU Brooklyn Fans for years to come.

If you thought Tyrn Flowers playing 45 minutes was tough, try playing 58 minutes. In a four overtime game against George Washington, Gudmundsson played 58 of the 60 total minutes, while impressively only receiving one foul. He took advantage of these minutes putting together a 30 point double double, but couldn’t get the win. The only player to play more minutes than him this season was actually on the other team, playing one more minute than him in that crazy game.

Cameron Parker knew his role in this game, and that was pass early and only. In a blowout victory, Cameron Parker broke the Division I record for most assists in a game with 24, passing the previous record of 22. The number is absurd, and the fact that he didn’t score a single point the whole game makes it a no brainer for one of the craziest stat lines.

For our interview with Parker after his record breaking performance, click here

Everything about this stat line is impressive. The first and most important is the 54 points, a team and conference record. This also happened to be the most points scored by any player in Division I this season. Next is the out of this world shooting numbers. To shoot 80% is impressive with 6 shots, but Peatling did it with 30.

A 50 point double double is also something only a select few can say they’ve accomplished in their careers. Finally, and what might be the craziest part of the stat line, is he did this all in just 23 minutes of play. This means he averaged about 2.3 points a minute, and if he played all 40 minutes of the game, he was on pace to score 94 points that game, which would be the second highest total of all time.

For our interview with Peatling about this game and his college basketball career, click here